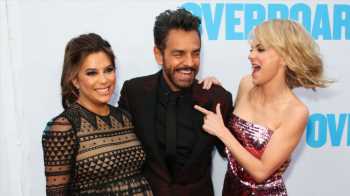 Hollywood has failed miserably to provide Latinx actors with starring roles in major movies, according to a new study by the USC Annenberg Inclusion Initiative.

To draw its conclusions, the report examined the 100 top grossing movies from 2007 to 2018 and found that only 3% of the films had Latinx actors in lead or co-lead roles. A mere 4.5% of all speaking characters were Latinx. More troubling, there was no meaningful change in representation over the 12-year time period that the study examined.

The paltry representation is also out of step with population statistics and is puzzling given that Latinx audiences see more movies than other ethnic groups. Hispanics comprise 20% of the moviegoing audience and 18% of the U.S. population. Moreover, 77% of U.S. states and territories have Latinx populations greater than the percentage seen in Hollywood films. There would seem to be compelling business reasons to tailor more films around top Latinx talent. It’s an audience that is widely credited with propelling the Fast and Furious franchise to box office heights, and one that made films such as “Instructions Not Included” and “How to be a Latin Lover” financial successes.

The study is the latest look at representation in film from the USC Annenberg Inclusion Initiative, which has previously crunched the numbers on everything from the number of female filmmakers employed by animation studios to entertainment companies’ track records of providing opportunities to individuals with disabilities. For its latest report, it partnered with National Association of Latino Independent Producers (NALIP) and Wise Entertainment.

Things weren’t much better behind the camera. Only 4% of the 1,200 films that the study looked at were directed by Latinx filmmakers — the majority (71%) of whom were international directors instead of U.S. filmmakers. Only one director was a Latina. Just 3% of producers were Latino, and most of these producers were men. The report’s authors say that improving that kind of representation in key jobs is critical because directors and producers make many personnel decisions.

The most frequently hired Latinx actors over the time frame were Cameron Diaz, Jennifer Lopez, Eugenio Derbez, and Jessica Alba. Roles grew more scarce for Latinx actors as they got older. Only eight male and two female leads, co-leads or members of an ensemble cast were played by Latinx actors who were 45 years or older.

When Latinx actors got cast the roles they played sometimes trafficked in stereotyping, the study’s authors say. A quarter of Latinx speaking characters across 200 movies were depicted as criminals, and 17% were portrayed as poor. Fifty four percent of the Latinx characters depicted with a job were given occupations such as construction workers and farmers that do not require college education. The study says that 36% of Latinx speaking characters “were shown isolated from the larger Latino community,” in that there were no signifiers, be they cultural artifacts or references that emphasized the characters’ ethnic identity. Almost no movies showed Latinx characters with a disability or Latinx characters from the LGBT community.

In a statement, the study’s author Dr. Stacy L. Smith says that Hollywood’s failure to create more stories that feature Latinx characters is dangerous. She points to rising prejudice against the Latinx community as a sign that movies need to offer a more positive portrait.

“At a time where Latinos in our country are facing intense concerns over their safety, we urgently need to see the Latino community authentically and accurately represented throughout entertainment,” Smith said.

The study includes a list of suggested steps that studios can undertake to improve representation. These include urging talent agencies to recruit more Latino talent, pushing studios to consider more Latinx directors for jobs, and calling on film festivals to create initiatives that support Latinx filmmakers.

One studio, Universal, issued a statement regarding the study. It said it was working to design a producers’ initiative with a specific Latinx focus and noted that it had established a global talent development and inclusion department in 2017 with a goal of increasing representation both in front of and behind the camera.

“We want to thank Stacy Smith and USC Annenberg for conducting this study and for encouraging the industry to recognize and address areas of representation where we can — and must — do better,” Universal said.