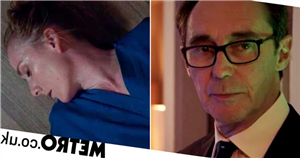 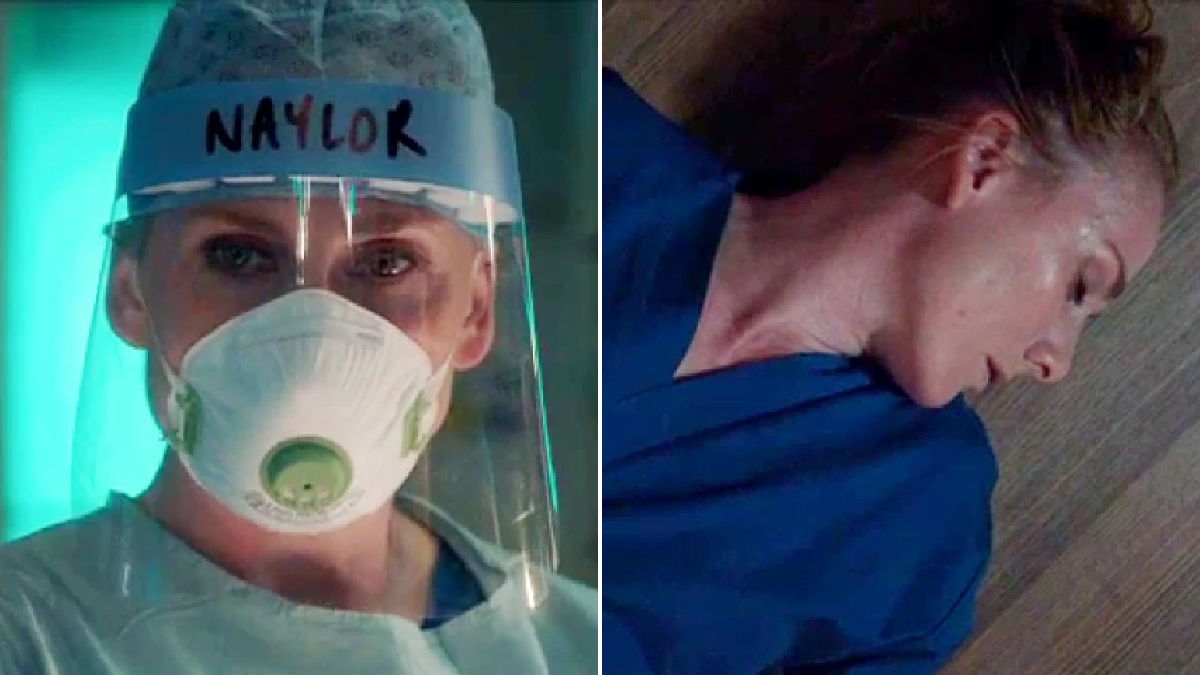 It’s not looking good for Holby City’s finest heart surgeon, Jac Naylor (Rosie Marcel). When we last saw her she was lying motionless on her office floor, after having a seizure. Will Max (Jo Martin) get to her in time? Or is that the end for Jac Naylor?

This followed a day of high pressure for Jac, as the hospital was being inspected yet again to see if she’d managed to turn it around from its former failing status.

Eli (Davood Ghadami) and the newly-returned Nicky (Belinda Owusu) had to do what Jac described as a ‘highly ambitious thoracic abdominal aneurysm repair,’ which was as difficult to do as it is to spell. With blood spurting everywhere and Nicky away dealing with a childcare emergency, Jac had to step in herself and help Eli with an emergency experimental use of Eli’s descending aorta stent.

She just about held things together as the operation was completed successfully, but straight afterwards she disappeared. As Max and Hanssen (Guy Henry) waited for her to appear to give her big presentation to the hospital inspectors, we saw her lying on the floor of her office. It’s going to be a tense wait until next week.

Meanwhile, Russ Faber (Simon Slater) had a spare liver on his hands after someone who was due to receive a transplant died on the operating table. Against protocol, Hanssen agreed to give Russ some time to find another recipient at Holby – and lo and behold, one appeared. His name was Alan Sullivan (Neil Fox-Roberts), and his deafness gave Donna (Jaye Jacobs) a chance to showcase her sign language skills. Her favourite word? ‘Booty call,’ apparently.

Alan’s fiancée Moira (Kate Lock Gaminara) was the kind of woman who gets ‘feelings’ about things and people, and she had a feeling about Hanssen. There was something positive in his future, she said. Well, if anyone deserves a break, he does.

Was Moira detecting a spark between Russ and Hanssen? ‘Sometimes it just clicks,’ she told Holby’s tallest doctor. Hanssen had a little think about Russ. ‘Clinically, he’s exceptional,’ he offered. Yes, and the rest of it. When Russ later invited Hanssen over to ‘eat and drink like kings,’ Hanssen seemed quite amused to call it a ‘date.’ He looked most disappointed when Russ said he’d rustle up some mates to make a party of it.

Madge (Claire Burt) spent the day in a very grumpy mood, and we discovered part of the reason for it when she had to change her uniform mid-shift and we saw that her body is bruised and scarred. She was obviously still in pain, too, so at least some of the wounds were recent. Could Madge be dealing with domestic violence? Or is there some other explanation?

Nicky’s return brought the usual childcare issues that ever Holby parent must face, meaning she had to find a quick babysitter for little Juliet. Amelia (Lucy Briggs-Owen) got roped into the task, which was obviously hard for her as she’s grieving the very recent death of her own unborn baby.

There was very nearly a romance between Nicky and Louis (Tyler Luke Cunningham) before she plumped for multiple murderer Cameron instead, and when they saw each other in Pulses it was a little bit awkward – particularly when Kylie (Amy Murphy) bobbed over to introduce herself. Nicky and Louis used to be a lovely couple, but it will be too sad if Kylie gets her heart broken by them getting together.

Particularly when Kylie comes out with such glorious foot-in-the-mouth lines as saying of Nicky’s baby, ‘Do you think she looks like you or, err…’