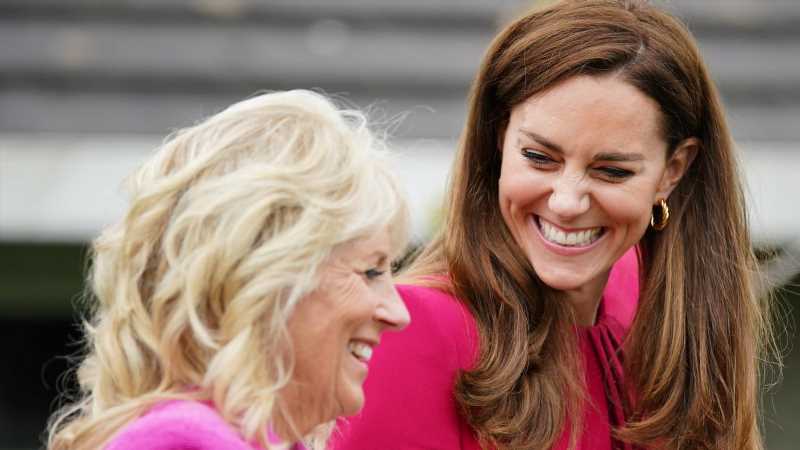 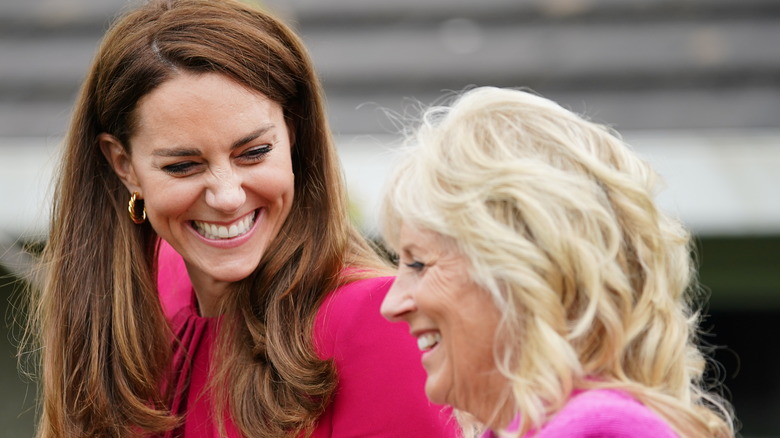 They may be several decades apart in age, but First Lady Dr. Jill Biden and Kate Middleton, the Duchess of Cambridge, share an interest in educational development: the Duchess through her early childhood program, and the First Lady, as an English professor at the Northern Virginia Community College (via Insider).

So it was fitting that Middleton and Dr. Biden would meet and hang out at the Connor Downs Academy in Cornwall, where they met children who were between the ages of four and five, and they spoke at a roundtable on early education, which was attended by experts on both sides of the Atlantic. This is the first time the two have met, and if photographs are to be believed, they appeared to hit it off. When asked about the importance of early-childhood education, Biden replied that It was “very important to the foundation,” she said. “As a teacher at the upper levels, if they don’t have a good foundation, they fall so far behind. This is amazing to see how far advanced they are” (via CNN).

The First Lady and the Duchess spent time doing classroom activities with the children before they fed pet rabbits, which the school kept outdoors.

The First Lady has a full schedule 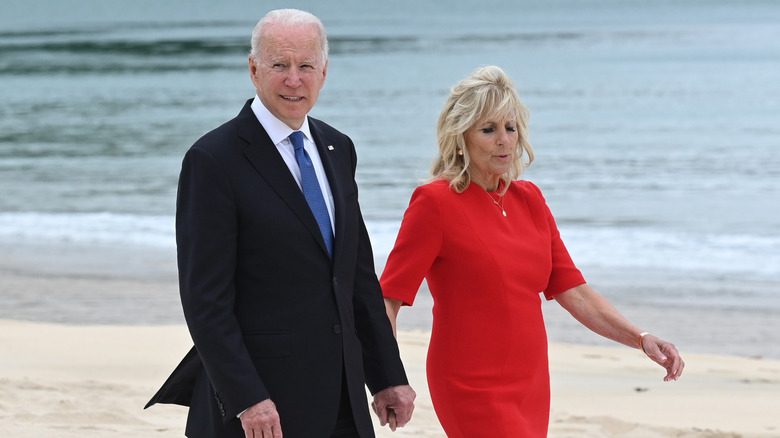 The First Lady may be accompanying President Joe Biden to the G7 meetings in Europe, but White House officials say she has her own diary of events that she has kept thus far. “At Royal Air Force Base Mildenhall on Wednesday, she spoke about the importance of supporting military families. She also hosted a roundtable with United States military spouses who are focused on the wellbeing and emotional health of service members and their families,” her spokesman, Michael LaRosa said, per CNN.

The Bidens will then meet Britain’s Queen Elizabeth II at Windsor Castle this weekend. Before this trip, the First Lady did not get the chance to met with any senior Royals with the exception of Prince Harry, who she met in 2012. The First Lady is expected to head back to the U.S. after she and the President have tea with the Queen on Sunday. The President proceeds to Brussels where he will meet with Nato leaders, attend a U.S.-E.U. summit, and then meet with Russian President Vladimir Putin (via iNews).