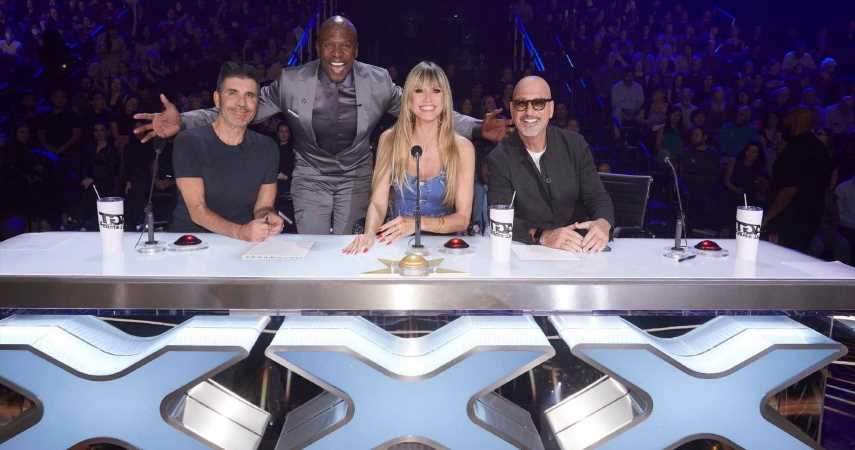 Many may think of record producer and television personality Simon Cowell as the gruff and sometimes rude character on a variety of talent programs, however, he’s done something right to earn a net worth of $600 million. Cowell’s persona and hard working business methods have resulted in an annual salary of nearly $100 million and he’s proudly unapologetic.

From a mailroom clerk to one of the most powerful men in the entertainment industry, here’s how Cowell became a music industry icon.

Cowell was born in London in a large family of six children, learning the benefit of hard work early in life. According to Celebrity Net Worth, the producer got his start working as a runner on Stanley Kubrick’s 1980 film The Shining. After discovering his talent in other areas, he went on to work in the mailroom at EMI Music Publishing and with an interest in the music industry, decided to stay and work his way up.

The Record Label Wins And Losses

After learning from his role at EMI, Cowell left to form his own label, E&S Music, worked at Fanfare Records and then formed another label, S-Records. Ironically, Cowell’s first success wasn’t in the music industry, but rather novelty releases based on children’s television shows like The Wiggles and Mighty Morphin Power Rangers. He convinced two actors from the show Soldier Soldier to sign with him and record the cover “Unchained Melody” which went on to become the best-selling single and best-selling album of 1995 in the U.K. Cowell attributes’ earning his first million from this unlikely success.

Becoming A Popular Face On Television

In 2001, Cowell developed and produced a talent reality show called Pop Idol in the U.K. which turned into a popular television spinoff in over 100 countries. Pop Idol became American Idol and Cowell was producer and judge on both shows. Ten years later, American Idol was still one of the most popular shows on television and had seen stars like Kelly Clarkson and Carrie Underwood skyrocket to fame.

Alongside judges, singer Paula Abdul and producer Randy Jackson, Cowell became known for his scathing and not so kind comments to those that auditioned for the talent show. In fact, the judge was named one of Time Magazine’s most influential people in the world in both 2004 and 2010 and TV Guide named him number 10 in their annual list, “The 60 Nastiest Villains of All Time”.

According to Biography, Cowell started a new company, SYCOtv in 2002, creating a variety of similar television shows, using the formula that produced the large fan base and interest across the world. The company not only created shows like American Inventor, America’s Got Talent and The X Factor, they also produced record labels for stars like Leona Lewis and Noah Cyrus.

Though Cowell clearly has his hand in both music and television, SYCOtv has consistently focused on the television side of the entertainment industry over the years.

The X Factor Of Cowell

Cowell left American Idol to focus on his newest venture; televisions, The X Factor with judges spanning from recording executive L.A. Reid, to Britney Spears and Demi Lovato among others. Caught between successful shows across oceans, Fox television chose to discontinue the American version of X Factor as Cowell moved over to the British series. Most recently, Cowell has served as judge (and producer) of America’s Got Talent alongside comedian Howie Mandel, model Heidi Klum and singer Mel B. The critic also launched The Greatest Dancer in the U.K., a reality series that lasted two seasons.

The Soft Side Of Simon

Despite the television persona that has served him so well, fans have seen Cowell’s softer side by way of charity events Cowell has organized and produced in the past. He was behind Idol Gives Back; a two-episode special, raising funds and aid to children in Africa and American’s living in poverty.

In June 2017, Cowell arranged the recording and release of a single, “Bridge Over Troubled Water” which included artists like Robbie Williams, Dua Lipa and Rita Ora to benefit The London Community Foundation after families suffered in the Grenfell Tower fire in London.

Continuing To Grow The Business

After stepping away from the SYCO Music portion of his company, in 2020, The Sun reported Cowell was in talks with the streaming giant Netflix to create talent shows. Though nothing new has been heard, it’s thought that the likes of X Factor and Britain’s Got Talent-style shows are on the table. You can rest assured, the earning potential with two powerhouses at the helm, is more than enough for Cowell.

A Dedicated Dad Off The Screen

Cowell has said he and his elementary aged son, Eric spent evenings at home creating animals they wish they could have as pets. The imaginative television icon partnered with publisher Hachette Children’s Group and announced a seven-book series called “Wishfits”, according to Variety. Through the creation of characters like Dat (dog/cat) and Chimpanoo (chimpanzee/poodle), father and son has enjoyed the fun project and the first three volumes are expected to be published in 2022, with the remainder to reach bookshelves a year after that.