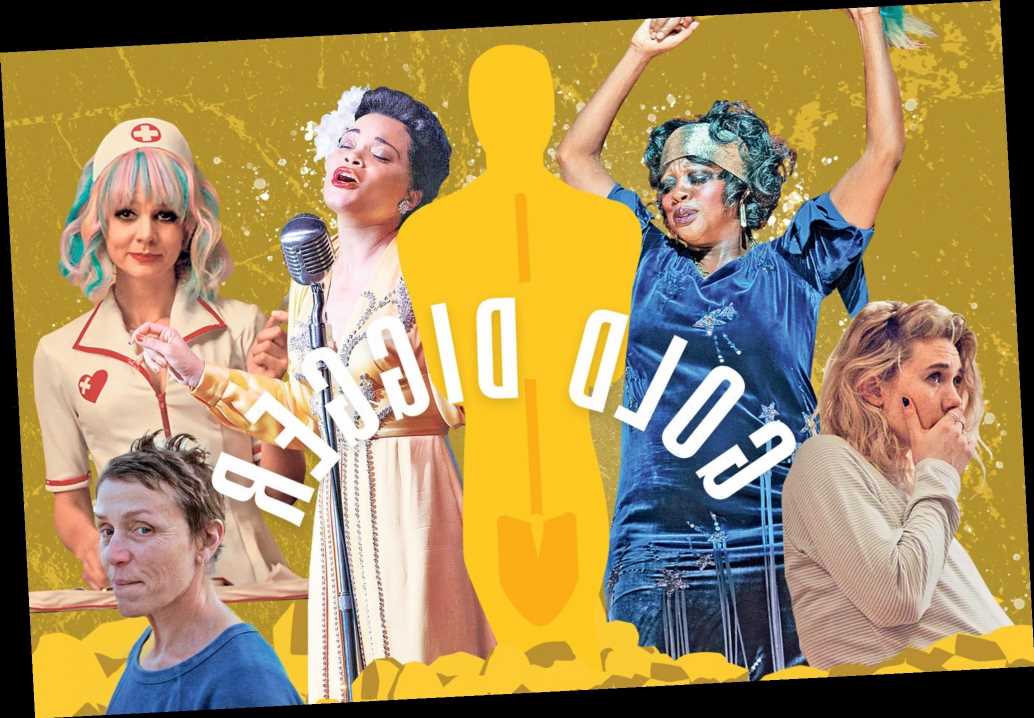 Sunday night’s Golden Globe Awards left us with a clearer picture of who’s in the running for the 2021 Oscars (nominations come out March 15), but it also threw in a few wrenches. This week in Gold Digger, The Post’s analysis of the battle for Academy Awards glory, we look at possible Best Actress front-runners.

McDormand did not win best actress at the Golden Globes (Andra Day did for playing Billie Holiday), but her film “Nomadland” was victorious. At that final moment, you could feel the momentum shift in it and McDormand’s direction. She’s not a shoo-in — this is one of the most competitive categories of the year — but the vet has won at least 10 critics group prizes already. And she’s been named Best Actress at the Oscars twice before, in 1997 for “Fargo” and in 2018 for “Three Billboards Outside Ebbing, Missouri.”

For playing the Mother of Blues in “Ma Rainey’s Black Bottom,” Davis hasn’t won much just yet. Her late co-star Chadwick Boseman, meanwhile, has been sweeping up awards left and right. But Davis has a compelling story at the Oscars, where, although she was nominated for “The Help” in 2011, she has never won the Best Actress trophy. Add to that the admiration her long career commands, and she’s in a dead heat with McDormand and Mulligan.

There has been a lot of enthusiasm in the past year for the #MeToo revenge film “Promising Young Woman” from all the right circles, and the actress has won five critics awards and the National Board of Review award for best actress. But the chatter has dulled some, and Mulligan’s chances will ultimately be determined by how well the film fares in other categories.

The biggest surprise of the Globes was relative newcomer Day winning best actress in a dramatic film for “The United States vs. Billie Holiday” over vets such as McDormand and Davis. Nobody saw it coming. Voting for Oscar nominations starts Friday, so this will give her chances a much-needed boost. One caveat: Individual Oscar categories are voted on by their associated groups — in this instance, actors vote for actors — to determine the nominees. Day did not receive a Screen Actors Guild nomination for the equivalent prize, which doesn’t bode well. But each of the last three years, the Best Actress Oscar category has had one inconsistency with the SAG nominees, so she may live to see another Day.

Kirby’s award season woes can be boiled down to one name: Shia LaBeouf. Right when Netflix should have been aggressively campaigning for “Pieces of a Woman,” a drama about losing a baby during childbirth, her co-star LaBeouf was sued by ex FKA twigs for sexual battery and emotional distress. (He denies the allegations.) It’s a career-best performance for Kirby — and top-notch work from Ellen Burstyn as her mother — but the film’s visibility has vanished, and it will not win a single Oscar.