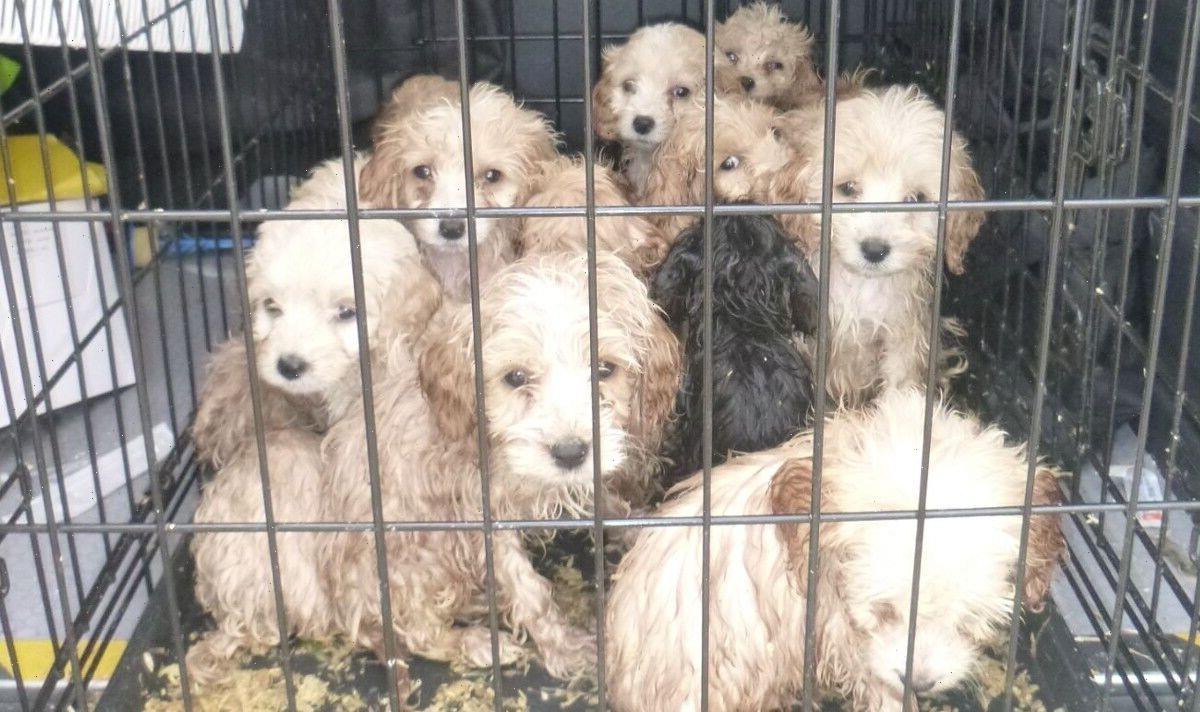 The helpless pups, aged between six and eight weeks, were discovered by a shocked member of the public near Fryerning, Essex, on July 29. The RSPCA collected the animals, who each weighed less than a bag of sugar, and rushed them to a local vet for treatment.

The rest of the puppies are all in reasonable health following fears they may have contracted the deadly parvovirus.

The RSPCA believes the 14 males and five females may be from a puppy farm.

RSPCA Inspector Sian Ridley said: “When I was told how many puppies there were I actually thought there was a mistake – I couldn’t believe that someone had abandoned 20 puppies. 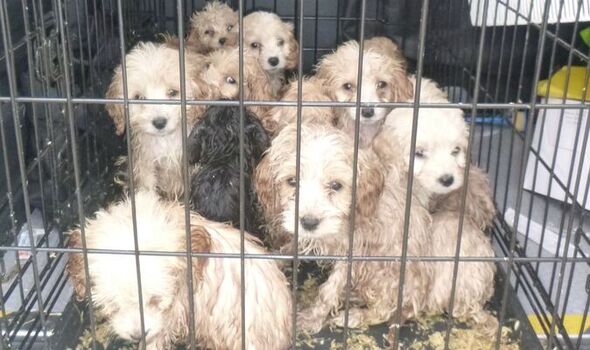 “They were all quite scared and timid when we arrived and it was just heartbreaking to see them all huddled in the one cage – they looked a pitiful sight.

“I want to say a huge thank you to all the passersby who stayed to help these pups and also to the vets who were able to take on the care of the pups over a weekend at such short notice.

“It is difficult to know where these have come from.

“It could have been as I suspect that these may be a puppy farm but they were friendly, clean and did not have fleas so they may not have been kept in a shed without human contact. 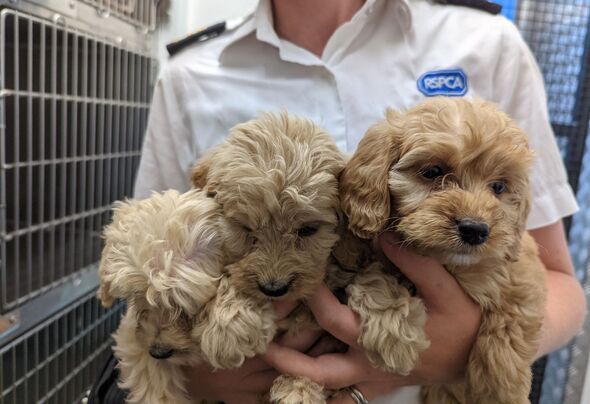 “It is also unusual that such a large number of the pups are male and I wonder if that was the reason they had been abandoned because they wouldn’t be useful for breeding or are harder to sell on.

“We were concerned they may have had parvo and that this was the reason they had been abandoned but that’s not the case and apart from some having worms they all appear to be quite healthy.”

The RSPCA is appealing to anyone with information about the dumped pups to come forward.

The charity is also urging people to seek help rather than abandoning their pets amid the cost of living crisis. 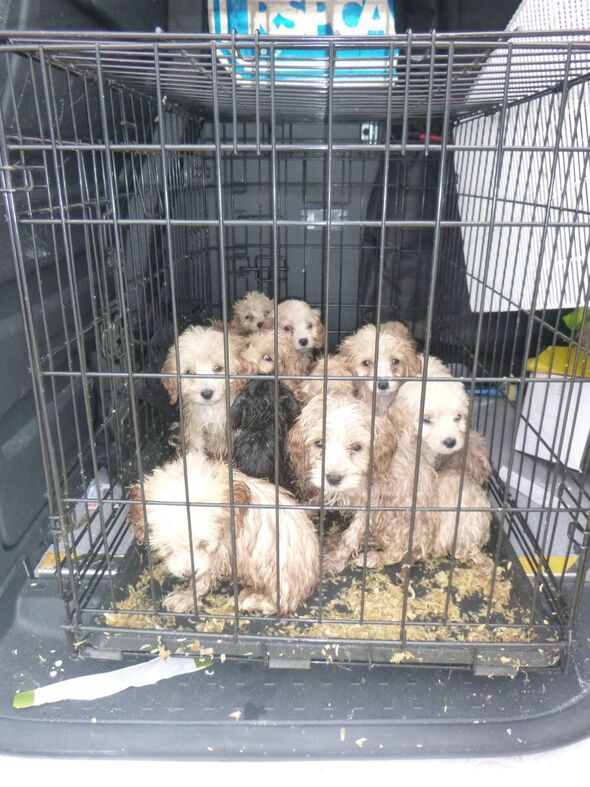 Ms Ridley said: “I’m keen to hear from anyone who may know who is responsible for abandoning these puppies in such an irresponsible way.

“They were so young and vulnerable, it is likely that someone just drove up in the layby, got them out of the car and then just left them – so I am keen to speak to anyone who may have seen a suspicious vehicle in the area on Friday.

“Times are tough at the moment, but abandoning tiny puppies like this is so irresponsible and cruel.

“Please, please never abandon your pet but ask for help before things get so desperate.”

The puppies are believed to be from two or more litters and the breeds are thought to be cockapoo, poodle crosses and jackapoos.

The pups are currently in foster care and many have already been offered homes by veterinary staff who are caring for them.

Anyone with information is asked to contact the RSPCA’s appeal line confidentially on 0300 123 8018.