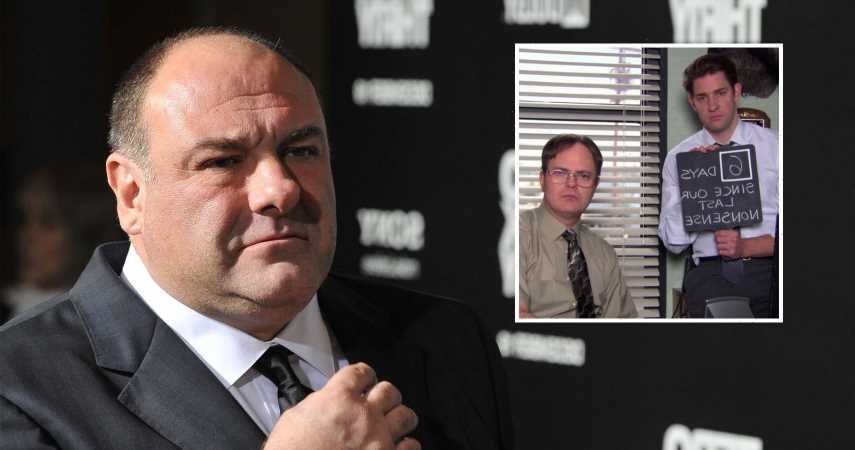 If you’re a fan of NBC’s cultural phenomenon The Office, it’s safe to say that you were probably devastated when Steve Carell departed from the show after its seventh season. Who could’ve possibly filled the spot of his prominent presence on the show. Well, believe it or not, it there was a point when the late Sopranos star James Gandolfini was offered to replace him. This didn’t end up being the case though, as HBO paid the actor $3 million to not take up the role.

This interesting tidbit was brought to light during a conversation between Sopranos stars Michael Imperioli and Steve Schirripa during an episode of their podcast Talking Sopranos. They were joined by Ricky Gervais, the actor who played the character in the British The Office which inspired Carell’s role.

According to Schirripa, Gandolfini was offered a $4 million deal to replace Carell as Michael Scott when Carell’s contract with NBC was not renewed in 2007.

“Jim [Gandolfini] was going do it because he hadn’t worked, and it was a number of years removed from when the show ended,” Schirripa states in the podcast.

Though HBO wasn’t having it and gave Gandolfini a hefty check to turn down the role. Thus, James Spader swooped in to fill in the hole that was left by Carell.

Gervais goes on to state that the network may have given Gandolfini the $4 million to maintain his image as the infamous head of the DiMeo crime family. Though, Schirripa added that it could have been because NBC’s offer came around the same time when Gandolfini was set to star in HBO’s crime drama series, The Night Of.

Gandolfini had an executive producer credit on the limited series according to The Hollywood Reporter. The star initially turned down staring in the show until rethinking his decision in 2013. Though he unfortunately died of a heart attack right after the show was green-lit.

Before his death, Gandolfini was nominated for a Tony Award in 2009 for Best Performance By a Leading Man in a Play. Though his performance in Yasmine Reza’s God of Carnage was beat by Geoffrey Rush’s portrayal as the leading man in Exit the King.  Recently, it was revealed by Gandolfini’s co-star Edie Falco that the two had shot an unseen sequel to the Sopranos per the request of the New York Nicks.

Read Next: Every Sopranos Cast Member’s Net Worth