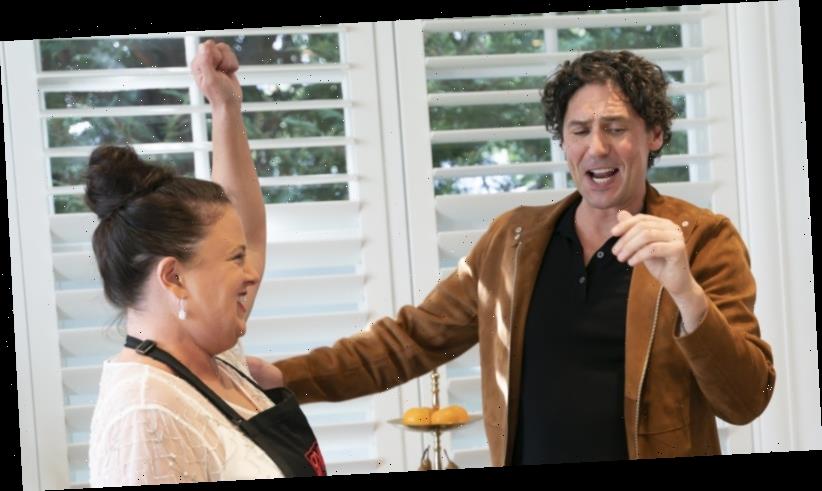 Almost two weeks since its new-look debut, Channel Seven's My Kitchen Rules is looking burnt out, at least judging by its flailing ratings.

This week's episodes of the drama-chasing cooking show, coined MKR: The Rivals, has averaged between 662,000 and 730,000 live broadcast viewers nationally – around half the audience of Nine's Married at First Sight. Ten's competing timeslot offerings of Dancing with the Stars, which launched on Sunday, and Australian Survivor: All Stars are also beating MKR. (Nine is the owner of this masthead.) 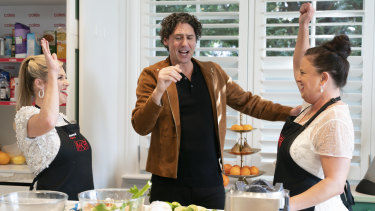 MKR contestants Jenni and Louise in the kitchen with Colin Fassnidge.Credit:Channel Seven

The series' launch on Sunday, February 2, which coincided with the tennis men's final of the Australian Open on Nine and the finale of Ten's I'm a Celebrity… Get Me Out of Here!, averaged 776,000 live viewers nationally, down from 1.22 million on its 2019 launch and 1.71 million in 2018.

"Mate, this year was the best one we've done but not everyone is watching it at the moment 'cause we've got some people at Channel Seven who don't know how to program a show. But what do I know? I'm only a cook," he told Sydney radio 2GB's Chris Smith.

"A lot of work went into this and then some stupid decisions were made to go up against the tennis and Married, and we should've started a week early," he continued. "The flack we're getting at the moment is not really warranted because I think this is totally different to the other MKRs we've done. Tune in, it's not too late." 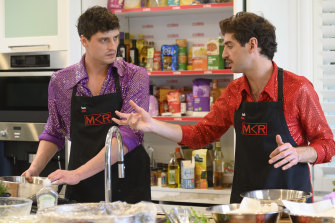 Seven declined to comment on Fassnidge's complaints and the show's ratings woes. But veteran media analyst Peter Cox agrees with the chef's sentiment.

"I certainly don't think it's a great choice to waste your best material up against a certain winner," he says of the show's schedule clash with MAFS. "For the major networks to line up their most expensive programs against each other, it's ridiculous.

"But this is pretty dramatic for Seven, they've got a real problem. This is supposed to be their top program for the year. Now that the expenses on reality programs have risen, My Kitchen Rules – at the budget it would be on – getting 400,000-500,000 viewers [in the five metro cities] per night is a disaster."

"People have absolutely underestimated this. Networks often program to women between their late 20s and early 40s and that demographic love the tennis – and they also control the remotes in their households. Being able to promote your schedule to that demographic early in the year really sets you up for a strong win."

Seven's 2020 Tokyo Olympic coverage, starting in July, will give the network a huge promotional platform. "But there's still a lot of airtime to sell and a lot of ratings to deliver between now and then," Willee says.

It's a problem not limited to Seven, as MKR's failing fortunes highlight a trend for TV's ageing 'cooking competition' genre. Network Ten's MasterChef winner announcement last July averaged 1.31 million live viewers nationally, down from 1.74 million in 2018. Yet MasterChef remains one of Ten's most popular franchises, especially among the younger demographics the network targets, and food and cookware sponsors still pay large sums to have their brands featured in the program. 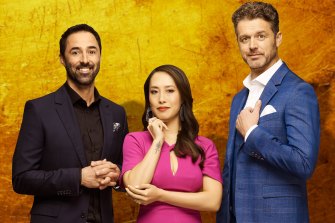 Last November, after Seven commissioned a second season of Zumbo's Just Desserts based largely off the show's surprise international success on Netflix, it premiered with 700,000 overnight viewers and concluded the following month with 497,000 viewers.

It's a clear case of "viewer fatigue" around the genre, says Cox.

"The surprising thing about these reality cooking programs is that the viewer fatigue has taken a lot longer to come in than we thought it would. We all gave these shows two or three years; now they're in their 10th, 11th years. They've had their time."

Networks are notoriously reluctant, however, to step back from once-successful formats.

The networks' persistent backing of such projects, even in the face of dwindling returns, isn't surprising, says Cox.

"You've got to understand, they're still valuable franchises for the networks: they're familiar and networks get a lot of hours out of them," he says. "But at this point I would be having great reservations around both of those coming shows. I'd be surprised if either of them was a great success."