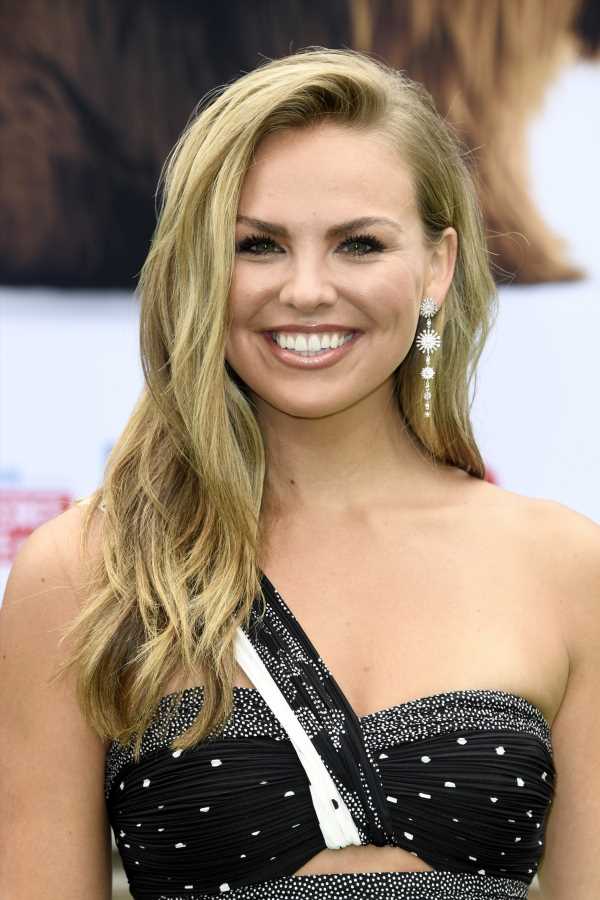 Throughout Hannah Brown’s journey to find love on The Bachelorette, she has, unfortunately, been met with her fair share of haters for her openness surrounding the topic of sex. But, throughout all of the drama, the lead has stayed true to herself. In a recent interview with People, Bachelorette Hannah discussed being slut-shamed during the course of the season, and she has a strong message for anyone trying to bring her down.

Addressing the backlash that she’s received, Hannah said, “I sit with people who know me the most and think, ‘How have I become the sex girl?’ Like, I had only kissed five guys and I had sex with my two long relationship boyfriends.” She also told the publication, “College was the first time. It wasn’t like I was what anybody would call ‘promiscuous.’ And then now I’ve been slut-shamed for it.”

According to Hannah, she noticed that the slut-shaming originally started when she was seen “making out” with the “same three or four guys” during her season. The reality star went on to say that the criticism is "not okay" since the whole point of The Bachelorette is to find someone who she is compatible with in every way. In other words, Hannah had nothing but facts for every hater out there:

If you’ve been following along with Hannah’s Bachelorette season, you would know that the lead has been open about both her Christianity and some of the most personal, physical aspects of her relationships with the men. Unfortunately, that has led to intense scrutiny from both contestants on her season (particularly, from the season’s resident villain, Luke Parker) and from trolls online.

In response to those criticisms, Hannah previously took to Instagram in late June to relate how she refuses to "feel shame" for her personal decisions. She wrote, in part:

In her post, she said that she’s received numerous messages, including ones who have told her that she’s "not worthy" and that she gives "Christians a bad name." But, as Hannah continued to say, she, like everyone else, is an "imperfect human" and is simply staying true to who she is.

The slut-shaming came to a head on The Bachelorette on July 15, which just so happened to be the Fantasy Suite episode. On her date with Luke, the contestant told the lead that, even though he wasn’t a virgin, he was waiting until marriage to have sex again. He then told Hannah that he was not OK with her possibly having sex with any of the other contestants (Peter Weber, Jed Wyatt, and Tyler Cameron) in the Fantasy Suite, “I just want to make sure that you’re not going to be sexually intimate with the other relationships here." He also told her, "Like, if you told me you’re going to have sex or you had sex with one or multiple of these guys, I would be wanting to go home, 100%.”

Hannah, understandably, was upset by Luke’s judgmental comments and subsequently sent him home. Before he did finally leave, she told him that she did have sex with one of the other contestants, saying, "I have had sex… And Jesus still loves me," and added, "My husband would never say what you’ve said to me."

In her interview with People, Hannah explained that she hopes that the conversation surrounding the topic of sex does change. “We’ve got to change the language of how women speak to women and how men speak to women and how we shame them for the decisions that we make,” she told the publication, “Everybody’s relationship is different and we just need to support and encourage each other and make sure that we’re making the right decisions for ourselves and what we’re ready for in relationships.”

Let Hannah’s strong words be a message for anyone who continues to engage in slut-shaming behavior. Just as she said, everyone is different and as long as you’re making the right decision for yourself, nothing else should matter.