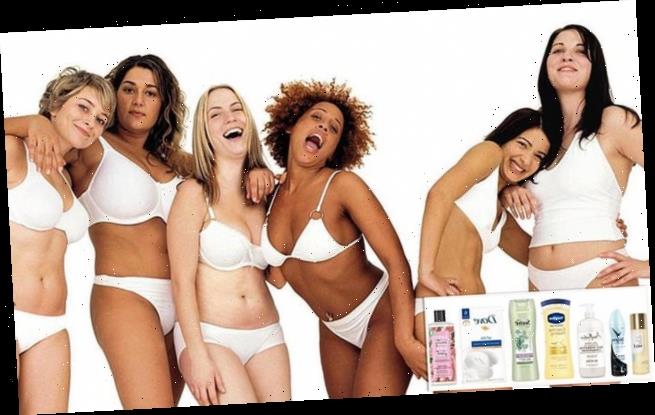 No woman thinks she looks ‘normal’: As Unilever bans the word on its beauty products, HANNAH BETTS discusses why this isn’t virtue signalling, but actually long overdue

The beauty world is abuzz with news that global grooming giant Unilever has declared its products will no longer feature the word ‘normal’ on its packaging, to prevent any customers feeling excluded.

The decision will cover not merely Dove, but all this UK-based company’s wares, including bathroom favourites Vaseline, Alberto Balsam, Sunsilk and Lifebuoy. In supermarkets and chemists across the globe, ‘normal skin’, ‘normal hair’, normal anything will be a thing of the past.

The obvious question is why. We live in febrile cultural times and one has to wonder whether this is a superficial attempt to appeal to young, politically sensitive customers paranoid about any sort of label.

Unilever says its new policy is part of a drive for diversity, not least because it’s a business that spans 190 countries, reaching 2.5 billion consumers a day.

The company argues that its move followed a study of 10,000 people, which revealed that seven in ten people agree that using the word ‘normal’ has a negative impact. For millennials and Generation Z — aged 18-35 — this rises to eight out of ten.

There is no doubt that for many women, the word ‘normal’ holds racial connotations. Anyone who thinks otherwise should read Toni Morrison’s Nobel prize-winning novel, The Bluest Eye, in which the heroine knows what is beautiful, and it is not her; being resolutely dark, and thus condemned as ‘ugly’.

Unilever has declared its products, including Dove (whose advert is pictured), will no longer carry the word ‘normal’ on their packaging as Hannah Betts says she has never met a woman who thinks of herself as ‘normal’

None of us wants women of colour ever to feel that white and silky-haired is the norm, or that they are in any way imperfect.

At the same time, for me, the implications of the word ‘normal’ go still wider.

Because what woman has ever thought of herself as normal? I certainly haven’t met one. Neither supermodels, nor the (apparently) super-confident, of any ethnicity, ever describe themselves in such terms. Our level of rampant self-criticism simply never allows for it. Meanwhile, feeling abnormal appears like a constant female condition.

Normal skin? Do me a favour! Not when there are pores to become cavernous, pigmentation to spread like a rash, and sagging chins to concertina ever downward.

There’s probably about half an hour one afternoon in her late 20s when a woman feels as if she might just about qualify as having vaguely normal skin. Before that it will be deemed too spotty, after that too wrinkled. Then, come menopause, we get to be both.

Normal hair? Surely that’s even less of a possibility? There’s a reason why ‘bad hair day’ has become a phrase.

Have any of us ever considered ourselves to be in the midst of a ‘good hair day’?

That magical 24-hours in which our manes are a bobbing swathe of gloss and shine?

Currently, my own hair is greasy at the roots, parched at the ends, frizzy and flat at the same time, tips jagged with split ends. Have I ever purchased ‘normal’ shampoo, even as a ten-year-old? Have I hell! Instead, growing up, we are painfully self-conscious precisely at the moment at which we are at our most blooming. 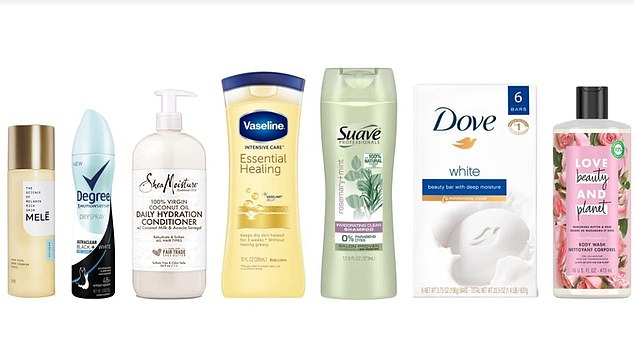 Hannah said that there’s probably around ‘half an hour’ on an afternoon in her late 20s when a woman feels as if she might qualify as having vaguely normal skin (pictured, Unilever products which will no longer carry the word ‘normal’)

A new study on social media habits published this week has found that a staggering 90 per cent of young women digitally alter pictures of themselves before posting them online. Skin tone, face shape and weight will all be doctored; normal here appearing to mean a Kim Kardashian-style inflatable doll.

Later — when confidence might finally be setting in — we are fed the message that we’re old bags whose collapsing features no longer make the grade. How many middle-aged women avoid being in photos at all costs?

There’s never a Goldilocks moment of womanhood: one that is ‘just right’.

My friend Clara uses a skincare range with packaging that includes 12 boxes to tick depending on what unwanted symptoms need addressing. It may be honest, but that way madness lies. Meanwhile, products with positive messages remain few and far between because — even where we tell ourselves that we are grooming ‘for ourselves’ (and I do) — we also know that we are doing it to be judged socially acceptable. 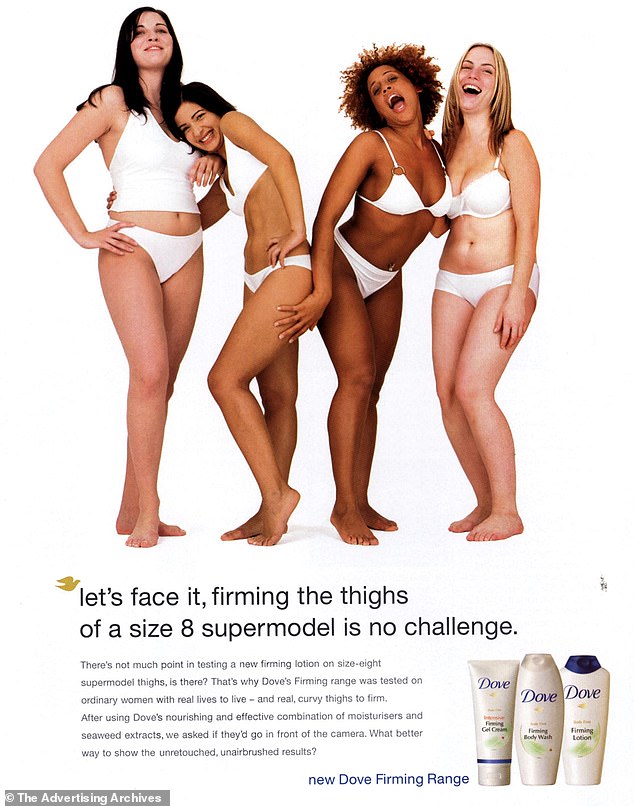 Hannah said that Unilever is letting go of the ‘straitjacket’ that is the idea of ‘normal’, which she says shouldn’t be an ambition, adding that she is not sure which phrasing will be used for features which aren’t dry or oily

With a fundamentally sexist society continuing to insist that we’re never good enough — never ‘normal’ — the most positive message we afford ourselves is L’Oreal’s ‘Because you’re worth it’. Translation: not normal, but worth the investment to endeavour to pass for it.

Personally, I’ve never put much value on normal. I have never been blonde, super-fit, or had a tan; never longed to be a bride, a size 10, or smell of flowers. I don’t mind being an oddball: it means I’m an individual, idiosyncratic, myself.

And I’m going to take Unilever’s new non-normal as my inspiration to renounce the word altogether.

Because normal shouldn’t be an ambition: it’s a straitjacket, whatever our skin colour, or the texture of our hair. Unilever is letting it go and so should we.

What the phrasing will be for features that are not dry, not oily, is not yet clear: ‘healthy’, perhaps? Presumably, marketing gurus will be paid fortunes to bash out some inoffensive solution. No term will be entirely without its challenges, but any will prove an advance — for women everywhere.