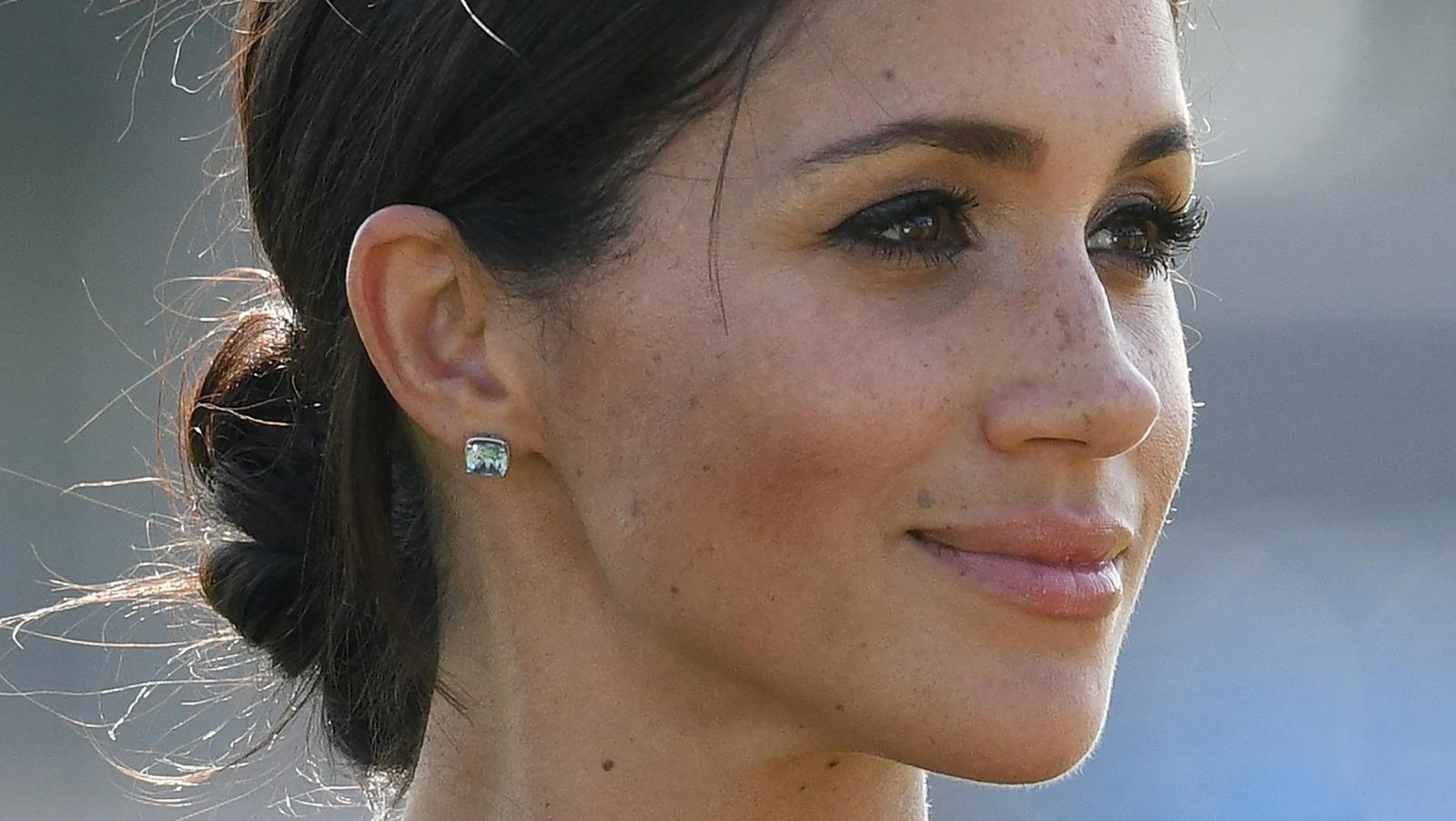 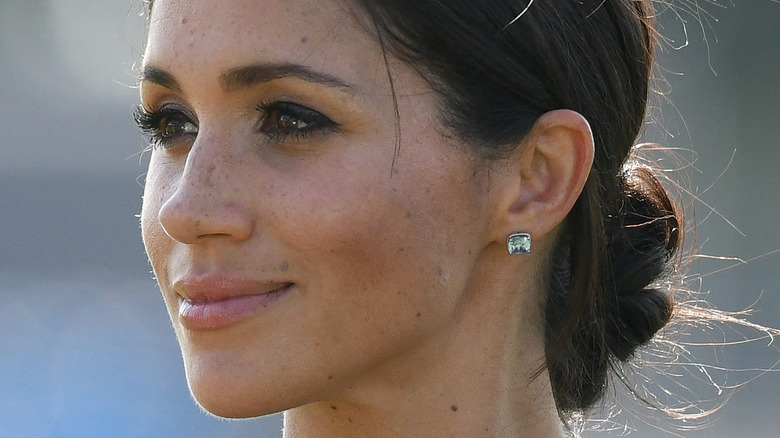 Meghan Markle and Prince Harry said they were “speechless” and “heartbroken” about the developing crisis in Afghanistan, the Haitian earthquake, and the ongoing COVID-19 pandemic in a joint statement released this week. According to a handwriting expert, however, the Duchess of Sussex’s signature on the letter is also very telling. Speaking to Fabulous Digital, Tracey Trussel made note of several factors in Meghan’s penmanship that allegedly correlate to her personality (via The Sun).

Trussel first noted that Meghan’s signature is smaller than her husband’s on the page. “Whether that’s by design or unintentional, we can’t know,” she admitted. “But it means she’s trying not to overshadow her husband. She’s happy to share an equal platform with him.” The expert also referenced what she referred to as “some mixed messages” based on how she wrote out her name. “The paradox is that she wants you to believe her intentions are altruistic and humanitarian (under magnification the long downstroke stem of the letter ‘g’ flicks to the right),” she added. “But the much more closely spaced letters (in her name) and the long extended end stroke are both effective ways of keeping people at arm’s length and not letting anyone get too close.”

What does it all mean? According to Trussel, it speaks to a dichotomous energy within Meghan. “It seems she gives with one hand and takes with the other.” 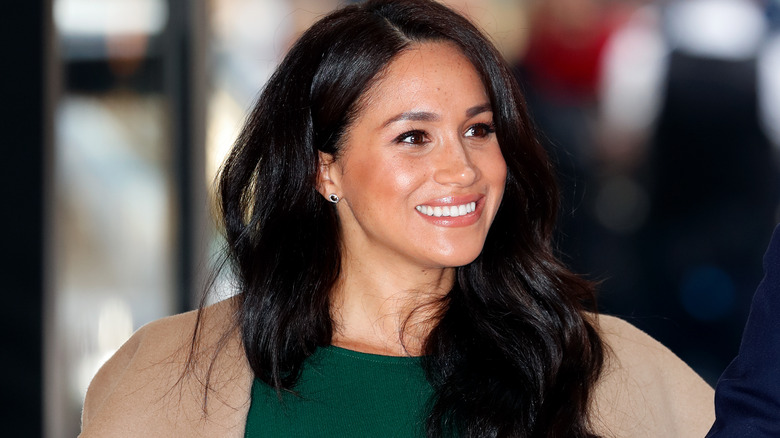 This is not the first time experts closely studied the Duchess of Sussex’s penmanship. In 2018, Town & Country commissioned forensic handwriting examiner Sheila Lowe to look at two of Meghan Markle’s signatures, one from 2016 and one from 2018. Lowe utilized a practice called Gestalt graphology, which considers qualities such as the spacing of letters, the physical appearance of letters, and writing movement (think of it as the rhythm and speed with which you write).

What did she find? Chiefly, Lowe claimed Meghan Markle’s signature had changed between the two dates. “What the change shows is there’s a greater need for privacy in the second one, which makes perfect sense,” Lowe claimed. “She’s living under a microscope.” The expert also noted that the second signature is only her first name, which matches with Prince Harry’s signature next to hers. “That allies her with him,” she said.

However, looking at a signature won’t tell you everything about a person. “I always use the example it’s like looking at a photograph of somebody’s nose and nothing else,” Lowe explained. “You can tell a little bit about them, but without the context of the whole face, your information is very limited.” It’s also apparently somewhat difficult to analyze since Meghan is a trained calligraphist. Ultimately Lowe decided Meghan’s handwriting suggested she would be a good fit for the royal family. 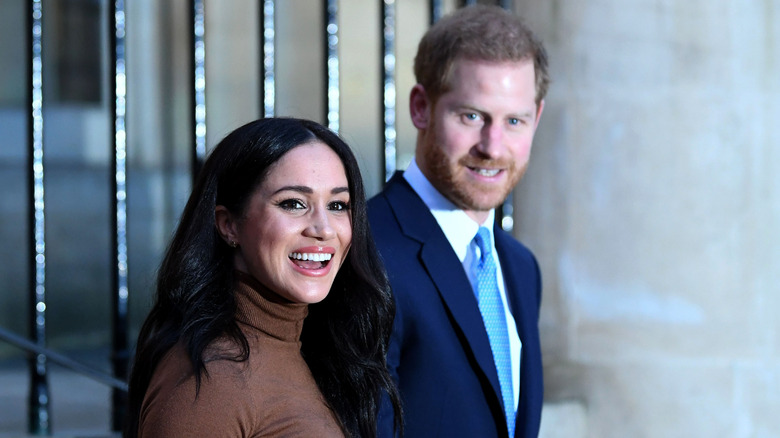 Interestingly, it’s worth noting that this is not the first time Tracey Trussel has looked at Meghan Markle’s handwriting herself. In June of 2021, she told The Sun that her handwriting was “romantic and reactionary.” Trussel added that her penmanship comes across as “intransigent and contrived” and implied she may be a “social climber.” Those are fighting words.

In comparison, Trussel said Prince Harry’s writing — which is somewhat similar in appearance to his brother Prince William’s — tells a completely different story. According to Trussel, Harry’s penmanship speaks to that of a “spontaneous idealist” or a “freedom-seeker.” What else does it say? She implied that the prince was “versatile, fun-loving, diffident, and enigmatic.” Since she’s all about the personality traits, Prince William was deemed “understated and unpretentious,” while Kate Middleton’s handwriting shows that she is “virtuous, sensible and reliable, compassionate, enthusiastic, expressive and productive.”

It’s possible that Trussel was not taking Meghan’s background in calligraphy into consideration when she looked at her writing. Sheila Lowe’s analysis is a little different, at least. “Someone who uses a very stylized form of writing is concerned about the way things look,” Lowe told Town & Country. “She wants to show the world a very particular, beautiful image. She wants to be perfect really.”