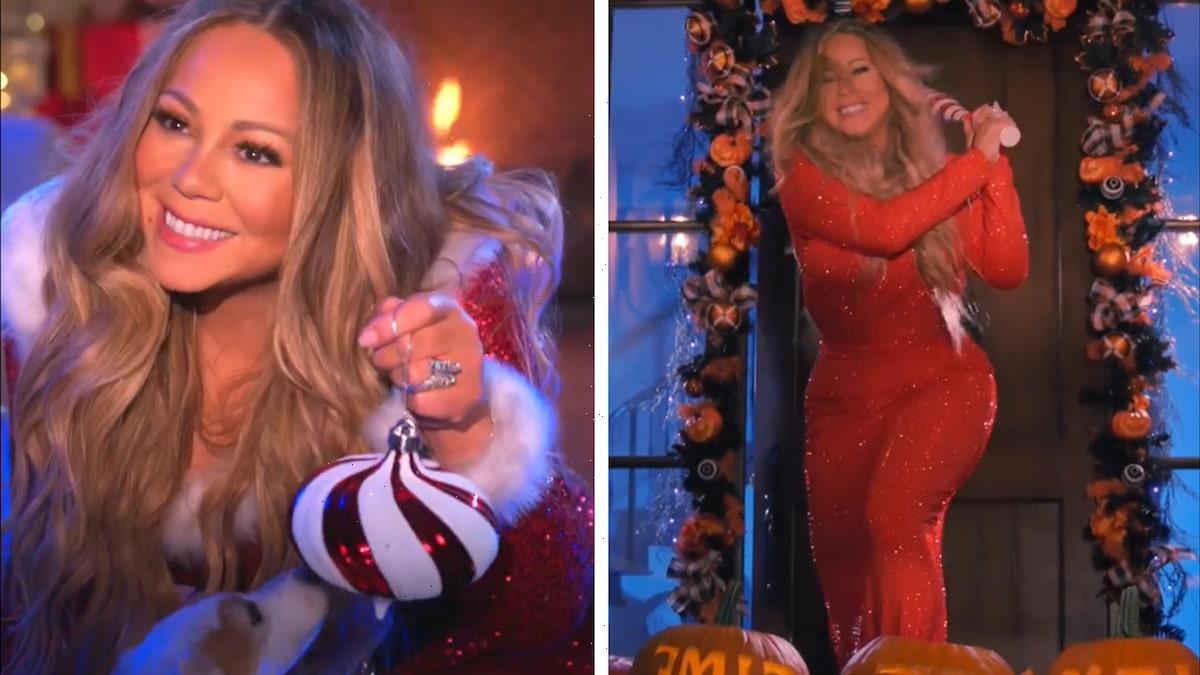 The reigning Queen of Christmas wasted no time kicking off the holiday season.

Mariah Carey officially declared the end of Halloween at midnight on November 1, continuing her annual tradition of celebrating the “official” star of Christmas on social media.

The video shows the pop diva sneaking into a house wearing a glittering red gown and matching heels, with a giant candy cane in tow. She comes across a display of three pumpkins reading “It’s not time” — before smashing them to pieces as her 1994 hit song “All I Want For Christmas Is You” blares in the background.

The video concludes with the message, “It’s time!!! To smash that pumpkin and treat it as pie … cause we still gotta get through Thanksgiving!” She also appeared to tease something is coming from her on November 5, as an “11/5” was clearly written on one of the gifts.

Carey shared a similar video last year and, the November 1st before that, dropped a 25th anniversary version of her “All I Want for Christmas Is You” music video.

In December 2020, the singer broke records on Spotify for the song, with the highest single-day streams on December 25 with 17.223 million listens.

Carey tweeted out a statement of gratitude at the time, reflecting on how far her 1994 single had come over the years.