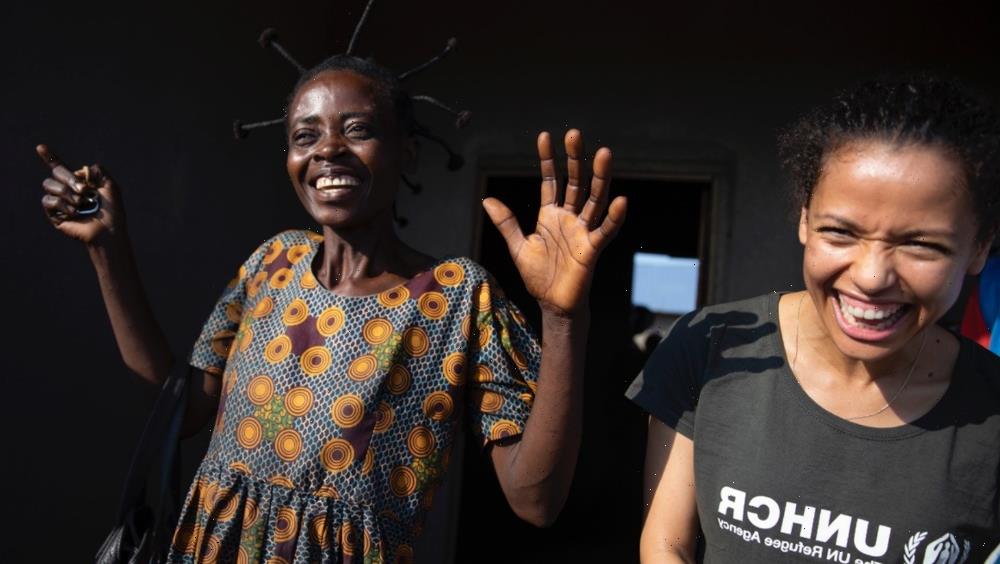 “Loki” star Gugu Mbatha-Raw, a Goodwill Ambassador for UN Refugee Agency UNHCR, is calling for the urgent support of millions of displaced people in the Democratic Republic of the Congo following a visit to the region last week.

The British actor met with displaced individuals and families experiencing life-threatening hardship, caused by the ongoing conflict, increased living costs, dwindling support from the international community, and the effects of climate change.

“I’m extremely concerned,” said Mbatha-Raw in a statement. “Away from the headlines, millions of displaced people in the Democratic Republic of the Congo are struggling to survive. First, they were forced to flee unimaginable violence, and now, due to severe underfunding and shrinking life-saving assistance, they are forced to make impossible choices that no one should have to make. As the situation worsens, women and girls are also at greater risk of violence. We cannot allow this to continue.”

As Mbatha-Raw departed from the DRC, UNHCR was repositioning resources in North Kivu to aid thousands displaced by fresh clashes between armed groups and Congolese forces, including from a site that until this week had hosted more than 23,000 people already forced to flee violence.

Mbatha-Raw visited programs by UNHCR and partners that focus on providing shelter and essential items such as mats, blankets, jerry cans and sanitary products for women. She also met internally displaced women and girls who were survivors of sexual violence.

UNHCR recently launched a report revealing that funding for lifesaving programs in the DRC and other countries is not matching the growing needs of the region. To date, only 42 per cent of UNHCR’s requirements of $225 million for the DRC this year is funded.

In her role as UNHCR Goodwill Ambassador, Mbatha-Raw is calling on governments, the private sector and individuals to provide urgent funding to UNHCR to meet the most pressing needs of those displaced.

“In the Democratic Republic of Congo, as in many forgotten emergencies around the world, displaced families don’t have enough shelter, food or clean water to survive,” said Mbatha-Raw. “In the same way that the world has shown solidarity and compassion to those displaced by other crises, including the war in Ukraine, we must now unite to support those in the DRC and other underfunded emergencies.”