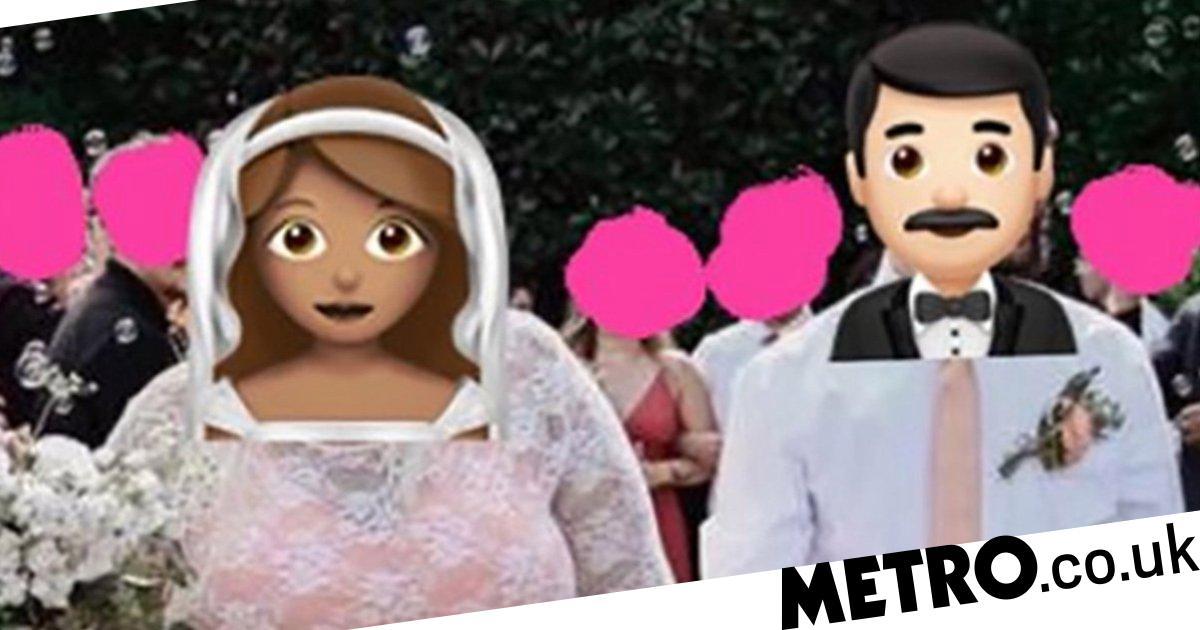 Wedding fashion is subjective, but there are certain fashion faux pas that most people agree on.

For instance, it’s an unspoken rule that guests shouldn’t wear white, unless it’s part of the theme.

More often than not the attention falls on the bride and her dress, however, at this wedding it was the groom who stole the show – and for all the wrong reasons.

The unknown man has been savagely shamed for his choice of attire in a private Facebook group called That’s It I’m Wedding Shaming, where a photo of the happy couple were posted.

The bride wore a dreamy dress with the top half featuring pink detailing under delicate lace, while the groom’s look was a bit more controversial; he styled his pristine white shirt and tie with beige over-the-knee shorts, long white socks and white and silver trainers.

It’s unclear where the wedding was held, but it is believed to be somewhere in America.

Another person claimed he was disrespecting his bride: ‘ I will never be okay with shorts at a wedding, like seriously?

‘I can’t think of a situation where that’s appropriate, especially when the bride has clearly put in her effort to look nice…it’s just disrespectful!’

‘I don’t think she looks bad for a low budget wedding but he looks like garbage.’

Some of the other users suggested that perhaps the groom had been in a hurry when getting dressed or been preoccupied with other tasks.

‘When you have to mow the lawn at 2 and a wedding with three,’ wrote one person.

Someone else wrote: ‘Did he just wrap up panting [sic] a house?’

One user was less disturbed by the choice of trousers and more focused on the footwear.

‘The shoes are so horrible,’ they wrote.

‘I don’t let my old dad wear those sneakers to a bbq, never mind a groom at a wedding.’

Several people also said that the groom resembled a ‘toddler’.

‘I don’t hate it…although if I squint, it does look like she’s dragging along a toddler,’ wrote one person.

To protect the identity of the couple, emojis were placed on their faces by the person who uploaded the photo.

Shorts or no shorts at a wedding – what do you think?