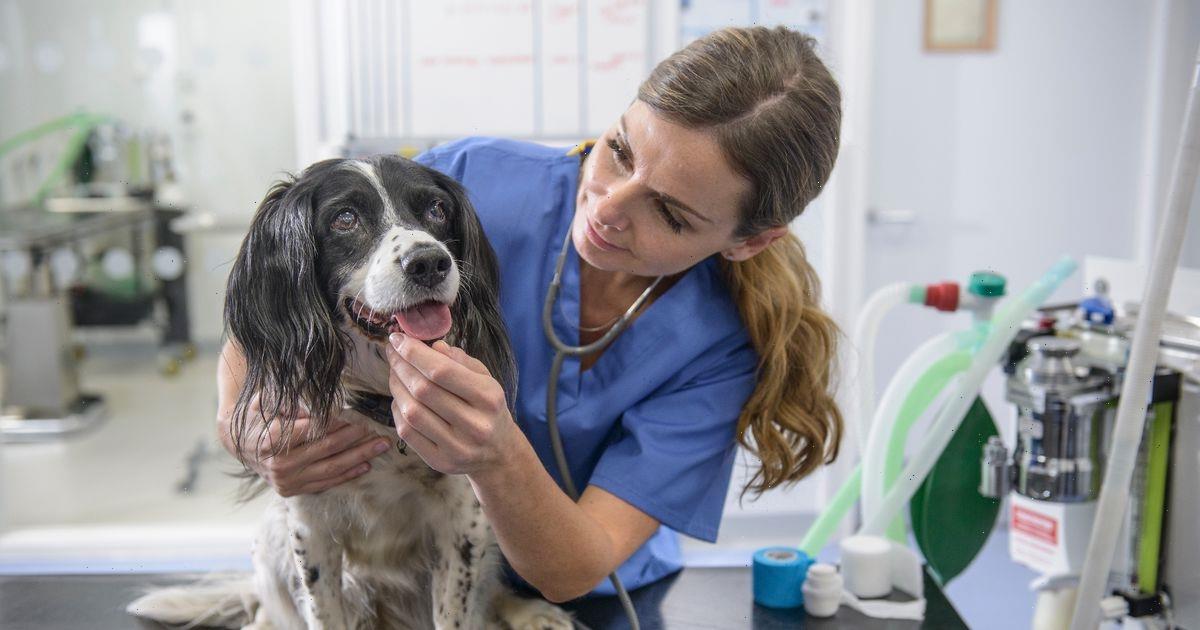 Planning a wedding can be stressful, that's why everyone needs a stag and hen do to celebrate.

One woman was celebrating her last night of freedom with her pals, but it all went horribly wrong.

Now the groom has revealed the moment he realised he was making a mistake after his bride-to-be almost killed his dog.

Posting to Reddit, the 28-year-old said: "My fiancée and I have been together for four years, engaged for six months.

"I also have a seven-year-old lab mix who is the greatest dog in existence.

"On Saturday, my fiancée had a bachelorette party at home.

"I stayed with my parents but I left the dog with her because she likes having him there."

But things took an unexpected turn when the man's dog wasn't put in the bedroom once the party started.

He revealed: "At 5am on Sunday, I get a frantic call that something's wrong with the dog."

With the party going off, the woman, 27, and her pals left alcohol and chocolate edibles within reach of the pooch.

The man continued: "She was drunk. I told her to get a taxi and go to the emergency vet clinic.

"When I got there, she looked like she hadn't stopped crying for hours and she couldn't even speak."

He added: "Two of her friends were there so they told me my dog is alive but not well.

"I felt sorry for her for an entire 10 minutes while waiting for the doctor.

"But then the doctor told me my dog ingested large amounts of alcohol and chocolate edibles.

"The girls apparently thought it would be cool to leave everything out on short coffee tables.

"And even leave the dog to wander around instead of putting him in our bedroom, then get wasted and not notice him."

It was as soon as they arrived home when he told his bride-to-be to pack her bags and "get out of his house and life".

He explained: "I told her to tell her guests the wedding is off, and I'll tell mine. She was shocked, but she took her things and left.

"Two hours later, I get bombarded by messages by her family telling me that I am insane to do this to her after four years.

"They started off defending her, but it quickly turned into insulting me."

After trying to turn to his family and friends for comfort, he soon realised they were also on her side.

"My sister was appalled that I cancelled the wedding 'over that!' and even my best man said I might have overreacted.

"Our relationship has had ups and downs, but it's mostly worked fine.

"But I am so disgusted at my fiancée that I can't even imagine looking her in the eye, let alone spending my whole life with her."

He turned to Reddit for advice as many said her reckless behaviour was a "red flag".

One said: "That level of carelessness could lead to death. What would people say if she had done the same thing with a kid around?

"It's pretty obvious how you feel, getting out now seems like a better option than having this fester until the divorce."

Another added: "The one person here who has his head on straight is you.

"Your head is on so straight you know you have to do the mental load of day-to-day life for both of you.

"Regardless of her innocence, intent, or possible diagnosis, she makes poor choices and cannot be trusted."