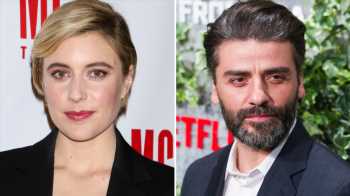 Greta Gerwig and Oscar Isaac are taking on an adaptation of Anton Chekhov’s “Three Sisters” for New York Theatre Workshop in Manhattan.

The company announced on Tuesday that they will feature two final performances to round out the 2019 to 2020 season, including the Chekhov play.

“Three Sisters” will be directed by Tony award-winning Sam Gold and will include Gerwig and Isaac in the cast. The dark-humor play first premiered in 1901 and details life in a Russian town through the eyes of the Prozorov sisters. After their father dies and just as the Imperial Army take their post in the town, the sisters yearn to return to Moscow to escape their dull lives in the small town.

“Endlings,” a play written by Celine Song and directed by Sammi Cannold, will also come to the Workshop’s stage before 2020 year-end. “Endlings” is a story written by Korean-American playwright Song and follows three elderly sea women — dubbed haenyeos — who spend their last days catching seafood to sell at market, recognizing that this traditional occupation may cease to exist once they pass. The play then turns comedic as it follows a playwright in her Manhattan home, trying to write authentic plays that encapsulate her Korean-American identity.

Gerwig most recently wrote and directed 2017’s “Lady Bird,” which won her Academy Award nominations for best director and best original screenplay. She will direct and co-wrote the screenplay for “Barbie” starring Margot Robbie which will open in 2020. She also helmed an adaptation of “Little Women” which will come out in 2019.

Isaac will star in “Star Wars: The Rise of Skywalker” and the animated remake of “The Addams Family,” both due out in 2019. Isaac has previously appeared at Public Theater’s Shakespeare in the Park, playing Romeo in “Romeo and Juliet,” and starring in “Two Gentlemen of Verona.”