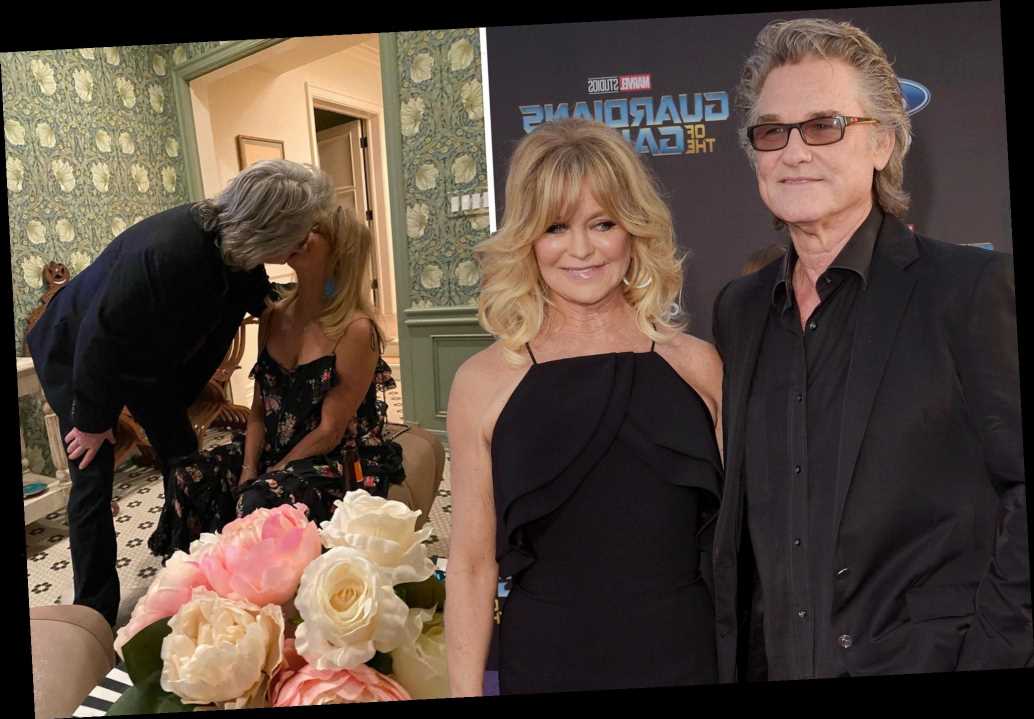 Goldie Hawn is crying three times a day during lockdown

It appears that the photo was taken while the family was celebrating the 2021 Golden Globes on Sunday night, where Hudson, 41, was nominated for Best Performance by an Actress in a Motion Picture, Musical or Comedy for her role in “Music.” The actress lost to Rosamund Pike who won for her role in “I Care A Lot.”

Family nights are nothing new for Hawn, 75, and Russell, 69, who have been together since 1984, but they hardly embrace in PDA in front of cameras.

While the couple never married, they welcomed their son, Wyatt Russell, in 1986.

“It’s not about the marriage. It’s about the people and the relationship, and the will to stay together” Hawn told People magazine in December. “And that’s a big one because if you want it, you can have it. You’ve got to give things up, but the joy and the excitement of being together and touching the toes of somebody at night is really a nice feeling.”

Russell was previously married to Season Hubley from 1979 until 1983. They share a son, Boston.