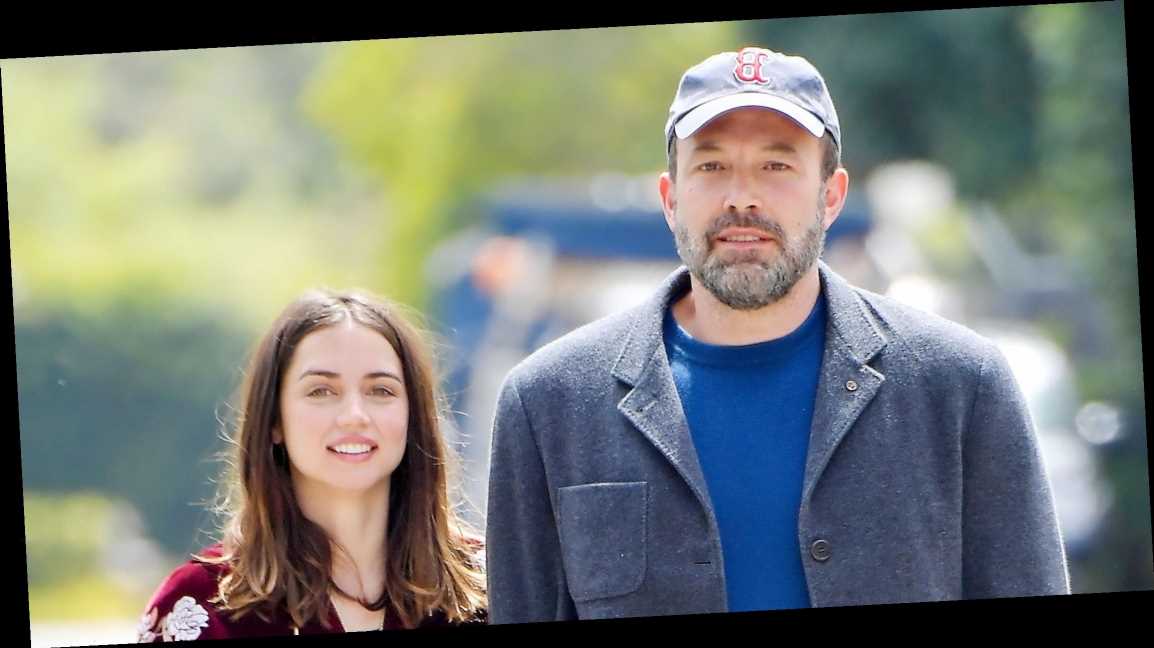 Taking the next big step! Ben Affleck and girlfriend Ana de Armas are hitting some major relationship milestones as their romance continues to bloom.

“Ben and Ana basically live together and Ben is very into Ana and so sweet to her,” an insider tells Us Weekly exclusively. “They are like any couple and sometimes she picks dumb and immature fights with him, but he doesn’t get flustered and they’re never about big issues [or] dealbreakers for either of them.”

Affleck, 48, and the Knives Out actress, 32, have been spending time in Ireland while he works on a new movie that he wrote with pal Matt Damon, The Last Duel, the source says. The couple’s getaway comes six months after Us confirmed that they were “happy together and officially dating” after sparking relationship rumors on a romantic trip to Cuba in March.

The duo met while filming psychological thriller Dark Water in November 2019. As they quarantined together in California amid the coronavirus pandemic, their relationship progressed quickly. Shortly after going public with their romance, a source told Us that the costars were already “so in love.”

“Ben is very supportive of Ana and tells her how amazing she is,” the insider explained in April. “Ana’s friends are constantly telling her how lucky she is to have Ben and think he is so charming, cool and fun. They’re so happy for her.”

The Gone Girl actor was previously married to Jennifer Garner from 2005 to 2018. The exes share three children: Violet, 14, Seraphina, 11, and Samuel, 8. After finalizing her divorce from Affleck, Garner, 48, dated businessman John Miller for two years until calling it quits earlier this year. Despite facing plenty of ups and downs through the years, Garner and Affleck have “worked hard” to find a coparenting relationship that works for them, an insider revealed in May.

Jen! J. Lo! All of Ben Affleck’s Loves and Flings Through the Years

“Although it’s sad in a way to see him move on and be so happy, she is ultimately happy that he is happy and in a good and healthy place with his life,” the source said of Garner. “That’s what she ultimately wants for the father of her kids.”