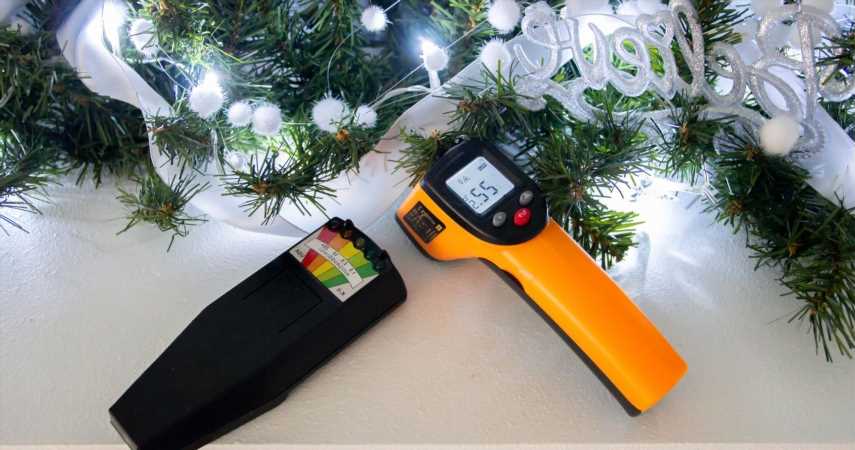 Over the last decade, science and technology have taken over the world. Gadgets have become an integral part of routines that require travel and work. As the competition rises amongst the top gadget brands globally, jewelry makers and the automobile industry have also entered the race to create the most distinctive innovations that seemed impossible a decade ago. With flawless coding, sublime designs, and genius construction, some of the most expensive gadgets in the world truly stand out from the ordinary. Each gadget is inspired by various aspects, from nature and animations to daily use and going beyond the ordinary.

What truly makes these gadgets stand out from everyone are the high costs and their presence in rare numbers. As the elite like to get their hands on the most exclusive products, gadgets are available in limited numbers. Let’s take a look at the most expensive gadgets in the world.

Stuart Hughes has been a pioneer of combining creative jewelry with technology for several decades. Many celebrities love to get their gadgets designed by him. Victoria Beckham was seen sporting a 24-carat gold Hughes-designed iPhone that costs $35,000, a push present from her husband David Beckham after their daughter Harper Seven was born.

While Lady Gaga herself is known for eccentric and over-the-top performances on stage, the star spent $50,000 on an Electromagnetic field meter that can detect nearby spirits, as noted by Cheat Sheet. A group of paranormal activity investigators has been hired to inspect every concert venue before she performs there. She began investigating after claiming that a ghost named Ryan followed her while she toured.

Former professional boxer Floyd Mayweather loves music. So much that he spent a whopping $1 million on his iPod. The gadget is made from solid 18-carat gold and is decked with 100 carats of diamonds. Along with the iPod, the matching headphones are also encrusted with diamonds and cost an additional $50,000.

A robot titled RX-78-2 was made in Japan in 2013. It is inspired by the 1970s Anime series Gundam. As mentioned by Passion Buzz, the robot is 60 feet tall and weighs 24 tons. Launched in Yokohama, Japan, the robot was seen kneeling, raising its limbs, and slowly raising a finger. The gadget costs $1.35 million and is owned by artist Kogoro Kurata and roboticist Wataru Yoshizaki.

Cristiano Ronaldo has a massive watch collection. The football star is known to own multiple Franck Muller watches. One of his latest collections is a Franck Muller Round watch that cost him $1.5 million. The stunning timepiece has 21 rubies on the dial with 70 rubies on the bracelet. There are a total of 474 baguette-cut diamonds on the watch.

To experience the world underwater, the Triton Personal 3300-3 is the best submarine available. Costing $2 million, the submarine has a diving depth of 3,280 feet under the water. BBC Studios owns several personal submarines under the leadership of CEO Tom Fussell. It has been helpful to many projects such as discovery and BBC’s Blue Planet II, Galapagos, and Sir David Attenborough’s Great Barrier Reef.

The Carters are known to shower lavish gifts on each other. Beyoncé and Jay-Z are musicians and moguls that have dominated the music industry as the ultimate power couple. To celebrate Jay-Z’s 43rd Birthday, Beyoncé gifted him a $5 million Hublot Big Bang watch. Encrusted in diamonds, the timepiece has 1,282 VVS G color diamonds, as reported by Style Caster. Made with 637 baguette diamonds, it has a stunning rose-cut diamond positioned at the crown.

For the second time, Floyd Mayweather loves to splash the cash, which is featured on the list. The boxer enjoys diamonds, and he purchased a 280-carat diamond watch called The Billionaire designed by Jacob & Co. The gadget is made of 167 components and costs a whopping $18 million.

Far from being just another iPhone 6, the Supernova iPhone 6 Pink Diamond is the most expensive customized phone globally, costing a whopping $48.5 million. According to GQ, the phone is designed by Falcon and features platinum plating and a giant pink diamond in the back. The gadget is owned by Nita Ambani, wife of Indian billionaire Mukesh Ambani.

Other notable gadgets include Jarre iPod and iPod Docks, and Yalos Diamond TV. These gadgets offer the best technology money can buy and bring prestige and honor to the elites for owning the best. As more brands try to produce exclusive devices, the competition to bring exclusive technology to the world is heating up.

READ NEXT: A Class Apart: 10 Most Expensive F.P. Journe Watches