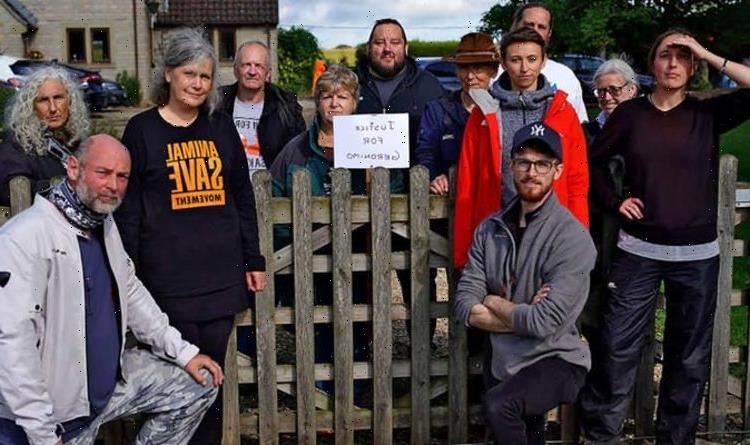 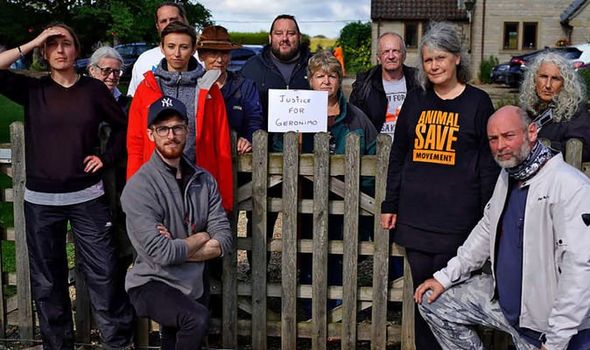 With a warrant now signed for Geronimo’s destruction, dozens of supporters have leapt to his defence, guarding the entrance of Helen’s farm in Wickwar, Gloucestershire. Local volunteers have taken turns overnight guarding the playful alpaca, whose story has captured the hearts of millions.

Some opted for the comfort of their cars while others pitched tents, all ready to fend off any unwelcome visitors.

Cars were vetted and visitors were given permission to enter the farm.

Veterinary nurse Helen, 50, said her four-year battle with the Government to save her alpaca has come at a cost.

She said: “It’s been an enormous strain. It’s taken over my life. It’s affected my family. It’s just been overwhelming because you’re talking to brick walls, and that’s no way to treat anybody.”

Helen described feeling “betrayed” by the Government but comforted by the “ground- swell” of well-wishers rooting for Geronimo.

She added: “I hope that today Boris Johnson will realise that there is overwhelming support for just doing the right thing.

“Pausing, and having intelligent conversations from both sides so that we can come to some arrangement that protects everybody, but also provides a positive outcome. We should all be on the same side.”

Although Geronimo has tested positive for bovine tuberculosis twice, Helen says the skin tests for the disease were flawed because he had been given the protein tuberculin, resulting in a false positive.

She now wants her alpaca to be allowed to have a more accurate blood test.

Helen said: “All I’m asking for is a test that I will accept the result of. It shouldn’t be difficult really.

“They [the authorities] didn’t use the right test. Geronimo represents all camelids in this country. He’s not even an English alpaca, he’s from New Zealand, and yet he stands up for fair treatment.”

The alpaca has remained unfazed by the flurry of activity outside his pen, which included signs being held up which say, “Justice for Geronimo”.

She is backing animal campaigners’ calls for Geronimo to undergo an Actiphage blood test before plans to euthanise him go ahead.

Another volunteer, livestock vet Dr Alice Brough, said: “We’re calling for us to be able to take some bloods and do an Actiphage test which tests for the bovine tuberculosis protein.

“The fact that he’s been isolated for the past four years and shown absolutely no clinical signs of bovine tuberculosis is an indicator that there’s nothing wrong here.”

Helen joked that her animal has made headlines “because he’s quite good looking”.

Taking the fight to Downing Street

Campaigners holding “Save Geronimo” placards took part in the rally ‑ but the Government has insisted there will be no stay of execution for the alpaca.

About 30 protesters marched from Defra’s headquarters to the gates of Downing Street.

The Prime Minister’s official spokesman said: “We know how distressing losing animals to TB is for anyone.

“That is why the Environment Secretary has looked at this extremely carefully and interrogated all the evidence.”