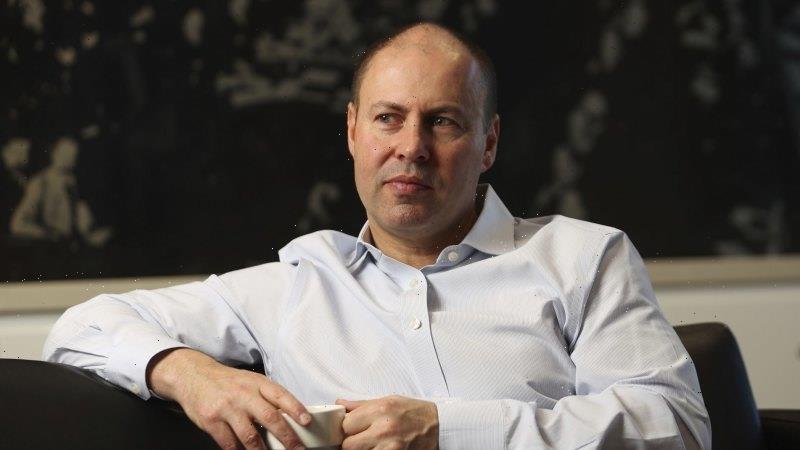 By Shane Wright and Amelia McGuire

Treasurer Josh Frydenberg doesn’t mind a hamburger. But like anyone who has grabbed a quick cheeseburger, or rolled up their sleeves to create a homemade version, it’s been hard for the Treasurer to ignore that the price of the key ingredient has gone up.

Beef prices in Victorian saleyards have climbed by almost 40 per cent over the past year.

After years of drought, which forced farmers to sell down their herds, the pre-flooding rain of 2020 and 2021 provided primary producers the chance to start building up their stock levels.

To do that, you can’t send your cattle to the saleyards. It meant last year, the number of cattle turned into burgers and steak was the lowest in 36 years. And it meant an increase in prices at the butcher’s and the local supermarket and even at the local pub meat raffle.

Matt Roper’s wholesale meat business The Meat Man is feeling the strain of a dwindling profit margin as beef prices continue to increase.

The Narellan-based business has seen a loss of more than 15 per cent off the back of a year plagued by low stock, COVID-affected abattoirs, staff shortages and unpredictable consumer behaviour.

Now Roper is bracing himself for the blow of rapidly increasing fuel prices.

A couple of months ago, his employees could fill their transportation trucks for $120. This week it’s costing the business close to $300 a tank.

“Drought, pandemic, lockdowns, floods, more lockdowns, staff shortages, and now war? It just feels like one thing after another,” he says. 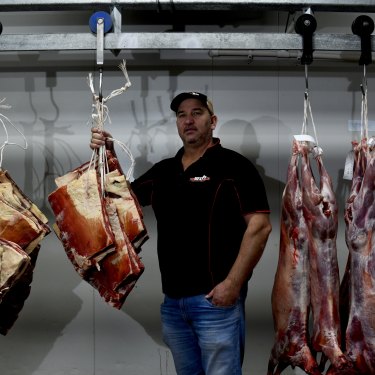 Roper says the cafes, restaurants, pubs and clubs he supplies are also grappling with the increasing cost of beef.

“The classic $25 meat tray just doesn’t exist these days … I’ve had relationships with some businesses for more than 20 years, but I know I risk losing them if I put the prices up,” he says.

“It’s really easy for governments to pass the buck to small business, but the money has to come from somewhere.”

When Frydenberg stands up in the House of Representatives on March 29 to deliver his third budget, he’s unlikely to be thinking about what’s on the menu at Canberra burger institution Brodburger.

But top of mind will be whether he has crafted a budget that deals with cost-of-living pressures like those facing Roper, national defence threats such as those playing out in Ukraine, and that quells anger at the government’s handling of a range of issues while establishing a starting point for the Coalition’s fourth consecutive federal election victory.

In his last budget there was not a mention of cost-of-living or inflation pressures. The Reserve Bank at the time was saying interest rates were unlikely to rise until 2024, a barrel of oil was worth about $US65 ($88) while Sydney’s annual increase in house prices was running at 8 per cent.

Last week, a barrel of oil breached $US135 ($183) a barrel. The Australian Bureau of Statistics reported on Tuesday that annual house price growth in Sydney had reached 26.7 per cent, while the RBA now says an interest rate rise this year is “plausible”.

Financial markets reckon the RBA is deluding itself. Investors believe the official cash rate, now 0.1 per cent, will start climbing in June and reach 1.25 per cent by year’s end.

The cost-of-living issue is obviously on the mind of Scott Morrison. Campaigning in Perth, where local opinion polls suggest a collapse in Coalition support in a string of key seats, the Prime Minister this week came up with his own interpretation of inflation.

His explanation for 2.1 per cent? According to Morrison, it’s the average inflation rate under his government. So he compared a three-year average in Australia (where inflation is only measured every three months) to the annual rate of inflation in two countries where it’s measured monthly. 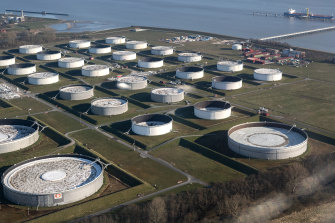 The government’s strongest economic suit is the jobs market. Figures this week showed the jobless rate at a 14-year low of 4 per cent, while among women it has dropped to a 48-year low of just 3.8 per cent.

At the start of the COVID-19 recession there were real fears that unemployment would reach 15 per cent. Instead, the combination of federal and state government fiscal stimulus (both here and overseas), record-low interest rates and the closure of the international border has delivered the tightest jobs market this century.

But in a sign such a good jobs market is failing to translate into electoral support, consumer confidence is sliding. And it’s falling because the wages for many of those jobs are failing to keep up with cost-of-living pressures.

ANZ’s head of Australian economics David Plank says the rise in inflation is now clearly outpacing the growth in wages, which in turn is weighing on people’s overall confidence.

“If we exclude the period around the introduction of the GST, then the present fall in real wages is the biggest since the wage price index was first published in 1997,” he says.

“Typically, consumer confidence is positively correlated with real wages growth. This correlation remains intact and is likely a key reason why the strength in employment is not translating into higher consumer sentiment (though the pandemic and the war in Ukraine will also be having an impact).”

While Frydenberg will make a virtue of his spending restraint, that’s not to say new spending is off the agenda.

In the past fortnight, Scott Morrison has announced a long-term commitment to increase defence force numbers that will cost at least $38 billion, a $4.3 billion large-vessel dry berth near Perth plus at least $10 billion for a new submarine base somewhere on the country’s east coast.

And in a bid to assuage community concern about cost-of-living issues, the Treasurer is likely to promise direct payments to particularly hard-hit members of the community. That would be a repeat of payments he made in the 2019 pre-election budget (and which Peter Costello promised ahead of the 2007 election).

Pre-COVID-19, such commitments were offset by spending cuts in other parts of the budget. The government has long given up on such restraint.

But Frydenberg knows that has to change.

On Friday, he used a pre-budget scene-setting speech to reveal the government is moving to a new phase in fiscal policy, focused on “reducing gross and net debt as a share of the economy”.

All the money flowing into government coffers thanks to high-priced iron ore and coal, plus the ultra-strong jobs market, won’t be recycled into handouts or expensive tax relief. To do so would be enormously risky, given the inflation pressures facing the country.

Ahead of the 2007 election, the Howard government announced $34 billion worth of tax cuts plus billions in cash handouts to pensioners. The Reserve Bank, already worried by inflation, lifted interest rates just days out from that year’s election.

Given inflation is at 3.5 per cent and climbing, a profligate March 29 budget coupled with a bad inflation report from the Australian Bureau of Statistics in late April could force the RBA board to consider a rate rise at its May 3 meeting.

The election will be held on May 14 or 21. A rate rise days out from this year’s election for a government already a long way behind in the polls would be a death knell.

This week’s speech by the Treasurer also signalled a huge change in the Coalition’s approach to deficits and debt.

Gone is the “debt and deficit disaster” that helped propel Tony Abbott to power in 2013. So too is the promise, made by Frydenberg in his 2019 budget, to have Australia free of net debt by the end of this decade.

Now, according to the Treasurer, fiscal consolidation should be achieved “gradually”.

“A sharp and sudden tightening in the fiscal settings would likely be counter-productive, undermining the economic recovery and ultimately hurting the budget,” he said.

The promise of getting rid of net debt is gone. Instead, Frydenberg says as long as the economy is growing faster than interest rates, there’s actually no need to rush to budget surplus.

“By growing our economy we can maintain a steady and declining ratio of debt to GDP even without running surpluses,” he said.

The budget speech is supposed to be the springboard for the Coalition as it seeks a fourth consecutive election victory, to match the run achieved by Howard and Bob Hawke. 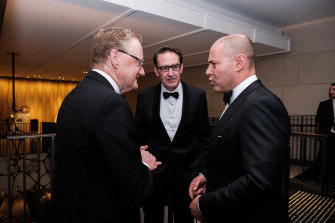 Frydenberg with RBA governor Philip Lowe and Treasury secretary Steven Kennedy. The budget will have an impact on the RBA’s policy direction.Credit:Oscar Colman

While vital to the Coalition, the budget’s underlying figures are also important to Anthony Albanese and his economic team headed by shadow treasurer Jim Chalmers.

All the revenue and expenditure numbers, plus the Treasury’s forecasts around the economy and interest rates, will feed directly into the economy plans Labor will roll out during the election campaign.

Chalmers gave an early insight into how Labor will challenge Frydenberg’s budget narrative. “This ninth budget will be handed down on the eve of an election, and it will be just as long on politics and just as short on plans as the other eight,” he said.

“After a decade of marketing and mismanagement, the dividend for Australians is skyrocketing costs of living, falling real wages and families falling further behind.” 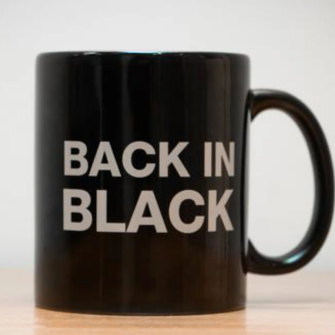 The Treasurer will argue debt levels can come down without ever running budget surpluses.

While Scott Morrison is heavily credited with dragging the Coalition over the line at the 2019 election, the starting point was Frydenberg’s budget. It gave the Coalition a clear point of difference between it and Labor’s tax and policy-heavy agenda.

The Liberal Party famously started selling “back in black” coffee mugs to match Frydenberg’s pledges around the nation’s finances.

“I am pleased to announce a budget surplus of $7.1 billion. A total of $45 billion surpluses over the next four years,” he proclaimed.

In reality, COVID-19 and bushfires turned it into a deficit of $85.3 billion, with cumulative deficits of more than $300 billion. The Back in Black coffee mugs are now collector’s items – especially within Labor.

After complaining about the “mountain of debt” left by Labor’s term in office, Frydenberg said the interest bill facing the country could have built 500 schools or a world-class hospital in each state and territory.

By his own measure, the interest bill Frydenberg will unveil on March 29 – approaching $30 billion – could build almost 1000 schools.

It could also buy a herd of cattle to supply a lifetime’s worth of hamburgers to voters who will cast their judgment on Josh Frydenberg’s third budget in just a few weeks.