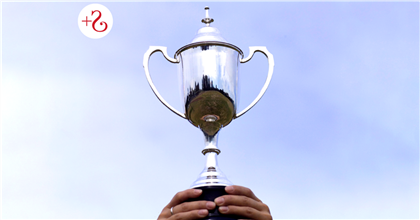 The pandemic caused a seismic shift in the way we view success. As we face a year of economic crisis, will our attitudes change again? Katie Rosseinsky investigates.

One of my most enlightening moments of 2022 came, as these bursts of clarity often do, in the office loos. I’d been offered a promotion, with the sort of job title I’d dreamed about as a wide-eyed, overly earnest intern eight years earlier. And I was going to turn it down, quit for good and move back home.

The truth, stark as my frown lines under the fluorescent bathroom lighting, was that at some point over the last few years, my ambition had ebbed away, replaced by a desire to feel happier, less stressed, more fulfilled – and less like I was constantly firefighting the blazes of work-induced anxiety springing up in my brain. At 30, it seemed, my concept of success was very different to the one that green, 22-year-old me had subscribed to.

I’m certainly not the only person who has walked away from a job in the last 12 months. The Great Resignation, an economic trend that saw workers wave goodbye to their employers in droves, kicked off in 2021 and continued into 2022. When PwC’s Workforce Hopes And Fears survey of 52,000 workers across 44 countries was released in May, 17% of participants said they were very or extremely likely to switch to a new employer within the next year; a further 32% described themselves as moderately likely to make the change.

A booming jobs market, which put the power in employees’ hands, drove this exodus, but so did a shift in attitudes. Post-lockdown, success was “recognised as being more multi-dimensional than simply [based on] work and materials”, says Dr Nilu Ahmed, chartered psychologist and senior lecturer in social sciences at the University of Bristol.

“During the pandemic, there was a significant rise in anxiety, stress and depression across the population, but alongside this, for many people, there were boosts in wellbeing, with a greater re-engagement with family and personal time,” she continues.

As we emerged from the pandemic, many of us stopped to ask ourselves big questions, says Claire Warner, founder of workplace culture and wellbeing consultancy Lift. “What do we really want to be when we grow up?” And more importantly: “How do we want to live?”

Real success, some began to believe, wasn’t necessarily about the job listed on our LinkedIn profile; it was rooted in feeling fulfilled. “We wanted to see some of the changes made out of necessity from the pandemic hang around in the new normal that was promised,” Warner adds. But where does that leave our definition of success as we head into a new year?

In recent months, the landscape has become much more complex, experts say. “I would categorically say that 2022 was the year of two halves,” says Rachel Gilbert, franchisee for the Women in Business Network for South Essex and Bishop’s Stortford. “So much changed in the second half, which people didn’t see coming.”

At the start of the year, Gilbert notes, it looked like 2022 would be the “recovery year” after the disruptions of Covid. But the war in Ukraine was a “major catalyst” for change, contributing to the worst cost of living crisis in a generation. As a result, it seems the biggest obstacle of 2023 will be the state of our bank balances.

According to Deloitte’s most recent Gen Z and millennial survey, the cost of living is now the leading concern for the 21-39-year-old participants. When money troubles are constantly at the forefront of your mind, salary inevitably becomes a major motivator.

“In the short term, some may prioritise money over fulfilment and work-life balance because they have to,” adds careers coach Alice Stapleton. As half of all UK Gen Zs and millennials currently spend all their monthly income on living costs, that’s not surprising.

A protest against the cost of living crisis in London, November 2022

The return of the second job

In this tricky economic climate, it seems that the side hustle, recently maligned as a contributor to burnout, is making a comeback: the same Deloitte survey reported that two-fifths of participants have taken on a side gig to make ends meet. A study by Royal London, released in September, also found that 5.2 million UK workers have taken on a second job to cover living costs, with a further 10 million considering doing the same if prices continue to soar.

“Any of these options will necessarily require more energy and can mean that people end up working very long hours,” Ahmed notes.

Against this grim forecast, the luxury of a wellbeing-first approach to employment seems like a pipe dream. A shift in expectation seems inevitable. “Success for some people will just be survival,” Gilbert says.

For those forced back into jobs that pay the bills, this can cause more than just a disruption to the work-life balance. “These decisions of necessity could well negatively impact and damage wellbeing,” Warner suggests. “No one wants to be in a job they hate, purely to earn enough money to pay bills that they were previously able to afford.”

Amid a cost of living crisis, a wellbeing-first approach to employment might seem like a pipe dream

There’s already some evidence that the cost of living is impacting our mental health in the office. In a December survey by the Chartered Management Institute, 71% of managers said they had seen the crisis increasing stress and anxiety for their teams, while 66% said it was impacting employees’ productivity.

Alternatively, Gilbert has observed the women she works with taking a hybrid approach to their careers in the last few months. “I have noticed that quite a lot of my members [in the Women in Business Network] have gone back and done something part-time,” she says.

People that maybe gave up corporate careers to set up their own businesses, she explains, are now in part-time employment and retaining their personal ventures on the side. In other words, they’re balancing the security of a regular pay cheque with the fulfilment that comes from their own project.

It won’t be a viable option for everyone, but it’s certainly part of a general trend towards embracing greater career flexibility. Success is no longer all about a steady, straightforward path. For her parents’ generation, Gilbert notes that the overriding ambition was for “a job for life”; for herself and fellow Gen Xers, it was getting a home, getting a car and having a career for life, ie climbing up the ladder in one vocation, while moving between employers.

Millennials and Gen Z, in contrast, don’t believe they’re going to stick with one career. “They will happily chop and change the field in which they’re working,” Gilbert says.

The cost of living crisis might put the brakes on more dramatic career U-turns (or at least make us consider them longer and harder) but it seems unlikely to halt our job-hopping altogether. “There are vacancies around, and people are still changing jobs,” Stapleton adds.

For nurses on the picket line, success means better pay and working conditions

One major change that Stapleton has pinpointed is that “more and more people are waking up to the impact that external influences have had on how they themselves define success – their parents, friends, social media [or] society”. And with easier access to online resources and growing cultural conversations around mental health, they have the means to reassess what success really means to them.

It’s a shift that the cost of living crisis might not scupper, but encourage. Our current moment has prompted collective industrial action on a major scale: data from the Office for National Statistics recently found that 417,000 working days were lost to strikes in October 2022, the highest monthly figure for more than 10 years, as railway staff walked out. This month, strikes are due to take place nearly every day in December across the UK, with postal workers and nurses forming picket lines (the latter for the first time ever).

For the strikers, success is not just about getting a pay rise in line with inflation but about improving conditions and standing in solidarity with your colleagues. The news that energy companies had made record profits this year provoked anger (British Gas owner Centrica’s half-year profits were five times higher than the previous year, while the energy supplier SSE reported a more than tripling of profits in November) and we’re increasingly valuing employers that prioritise sustainability – according to Deloitte, almost half of Gen Zs (48% and millennials (43%) say they have put pressure on their employers to take environmental action. Ambitions that ignore the existential threat of climate change certainly feel like a very short-sighted definition of success, given that environmental disruption is forecast to knock up to 18% off the world’s GDP by 2050 if temperatures rise by 3.2°C.

“With a revolt against consumerism, corporate greed and environmental damage, people are starting to define success as a commitment to helping others and reducing the negative impact we have on the world,” Stapleton says. “Leaving the world a better place would be a successful use of their careers and time, it would seem.” It’s hard to argue with that.