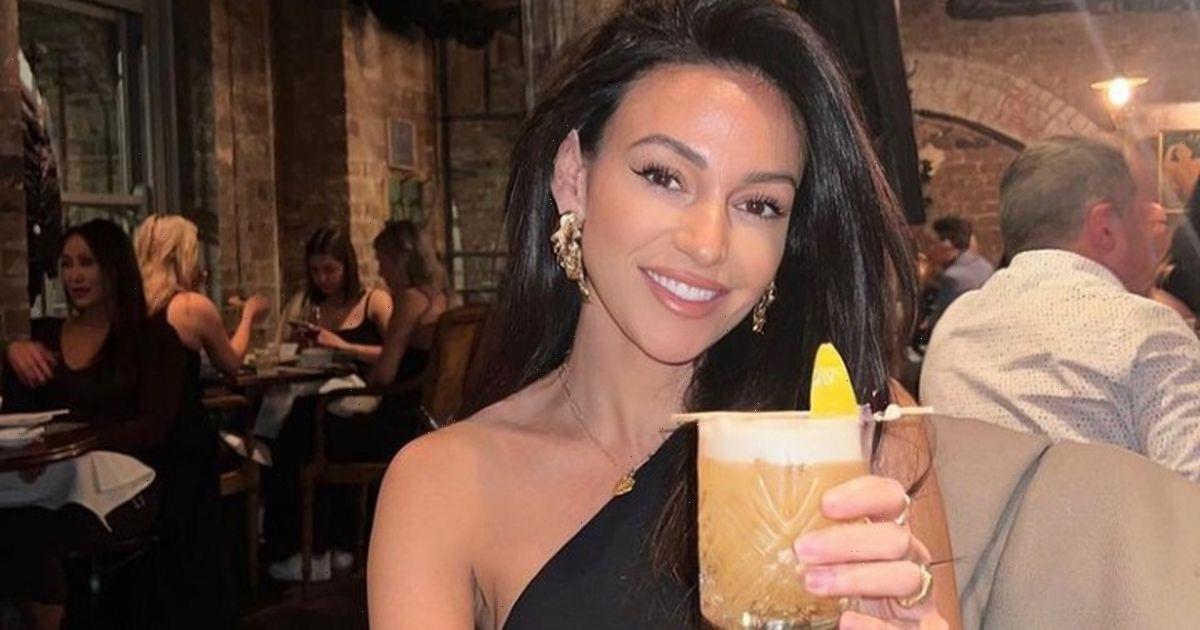 Away from her excelling acting career and£1.3million home renovation project,Michelle Keegan is known for being a huge fitness fanatic and even co-owns a fitness brand with her husbandMark Wright.

However, despite her enviable relationship with exercise and washboard abs, the 35 year old is a self-confessed “foodie” and loves nothing more than tucking to takeaways and curries with her beau.

Speaking toThe Sun, 35 year old Mark gave fans a glimpse inside his and Michelle’s shared love of the foodie lifestyle, explaining that: “She loves a Chinese takeaway and a curry. We both have a very balanced life and we both work hard in the gym and stay healthy.”

But this isn’t the first time that fans have heard of the Our Girl star’s foodie credentials. During an episode of the Off Menu podcast with comedians James Acaster and Ed Gamble, the actress put her credentials to the test when she was tasked with designing her own dream menu.

While many guests on the podcast opt for fancy Michelin star meals and extravagant dishes, Michelle stuck to more simpler options, revealing that she had a love for tea and biscuits, supermarket bread and chip butties.

“I am a massive, massive foodie. Food for me is life. From the moment I wake up to the time I go to bed, I'm thinking about my food. The first thought for me when I wake up? Cup of tea. Biscuits!,” she explained.

As part of her dream menu, the Brassic actress,whose husband recently completed the London marathon, explained that she was a fan of late night snacking, often reaching for salty crisps and ham before tucking into bed.

As well as this, Michelle explained that she’s a fan of a good chip takeaway, and that she isn’t one to shy away from indulging her taste buds after a long week of sticking to a strict diet.

“I would like really good chippy chips, obviously – with lots and lots of salt and vinegar,” she told the hosts. “And then I want a portion of curry sauce, a portion of gravy, and some mayonnaise. I want Warburtons thick slice bread, thick with Lurpak.”

Elsewhere, the former Coronation Street star has proven that not only does she enjoy eating food, but that she’s also quite the chef when it comes to baking her own sweet treats.

During an appearance on The Great Celebrity Bake Off in aid of Stand Up To Cancer,the TV star was given the title of star baker, calling it “one of the proudest moments of my life.”

Throughout the show, Michelle put her baking skills to the test and presented judges Prue Leith and Paul Hollywood with some mouthwatering minty flapjacks, a tray of French Horns and an incredible ski-themed meringue showstopper.

But as Mark mentioned, Michelle lives a balanced lifestyle and often takes to Instagram to update her followers on her fitness journey and workout routine.

During lockdown in 2020, the TV personality revealed that she’d taken up cycling and shared a snap of herself head-to-toe in some professional looking cycling gear.

Meanwhile in other snaps, Michelle has shared pictures of herself working out at her home gym as well as paddleboarding in Ibiza.