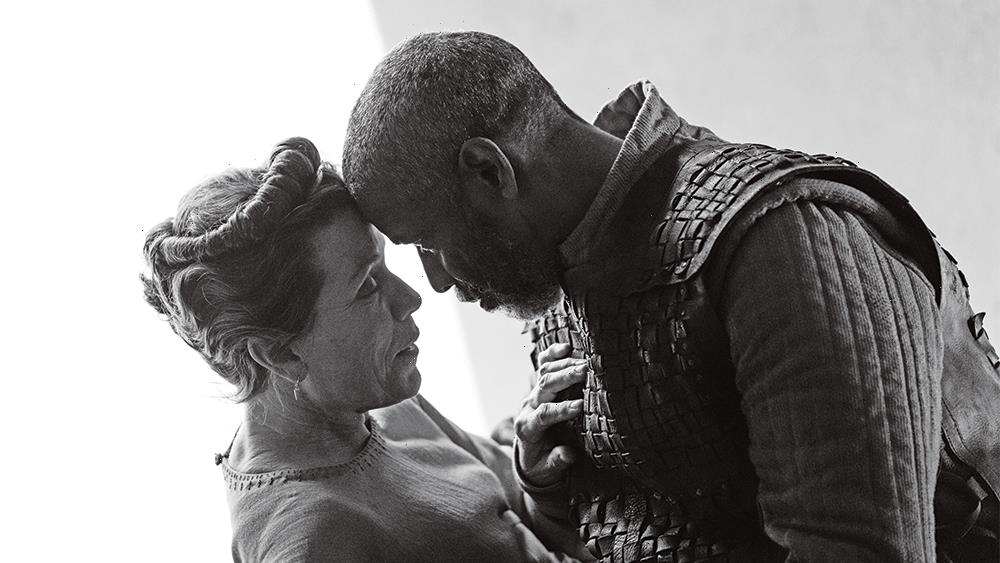 A24 and Apple Original Films play double duty on the William Shakespeare adaptation of “The Tragedy of Macbeth” from Joel Coen. With A24’s awards website launching, their entire roster is listed for industry guilds and voters to consider this awards season. The studio that brought Barry Jenkins’ “Moonlight” to a best picture win and made Yuh-Jung Youn the second Asian woman to win an acting Oscar last year with “Minari” has another potentially historic event on the awards horizon.

At last year’s 93rd Oscar ceremony, Frances McDormand became the first woman to be nominated for acting and producing in the same year (Barbra Streisand and Oprah Winfrey have received nominations in acting and picture but in different years). Along with her husband, Joel Coen, and Robert Graf, McDormand is serving as a producer once again, putting herself in play to achieve a historic back-to-back feat. If nominated for actress and picture, not only will she be the first woman to do it twice, she would be the first person to do it consecutively. Her “Macbeth” co-star, Denzel Washington, is also in the running for lead actor, as well as directing and producing the upcoming drama “A Journal for Jordan” from Sony Pictures.

There were rumors and chatter among social media and pundits that McDormand, who is fresh off her third and fourth Oscar wins for “Nomadland” in best actress and best picture, could make a switch to the supporting category, but she’s confirmed and listed for lead actress. In addition, no actress who has played Lady Macbeth’s role in any major film, television or stage production has been nominated (or submitted) for supporting categories.

In addition to McDormand and Washington, others in the running for both picture and acting Oscar noms this year include Ben Affleck (“The Last Duel” and “The Tender Bar”), Mahershala Ali (“Swan Song”), Halle Berry (“Bruised”), Jessica Chastain (“The Eyes of Tammy Faye”), Matt Damon (“The Last Duel” and “Stillwater”), Adam Driver (“Annette,” “The Last Duel” and “House of Gucci”) and, most likely of all, Will Smith (“King Richard”).

Marking Coen’s first major cinematic outing without his brother and frequent collaborator Ethan, “The Tragedy of Macbeth” opened this year’s New York Film Festival, where it received critical acclaim. Following its screening, many journalists and awards pundits highlighted the performance of contortionist Kathryn Hunter in her interpretation of the Witches, bringing hopes for a nom for best supporting actress while acknowledging that particular category is the most competitive of all four acting races this year. In a small but brief appearance as Lady Macduff, Emmy nominee Moses Ingram (Netflix’s “The Queen’s Gambit”) is utterly affecting and, at a minimum, is deserving of consideration.

For the supporting men, the most feasible possibility is the Julliard-trained Corey Hawkins as Macduff, though he’ll face hurdles from more prominent names with more pronounced screentime. His co-stars Bertie Carvel, Alex Hassell, Harry Melling and Brendan Gleeson, are also listed on the categories page.

Visit THE AWARDS HUB to see the full list of contenders by category.