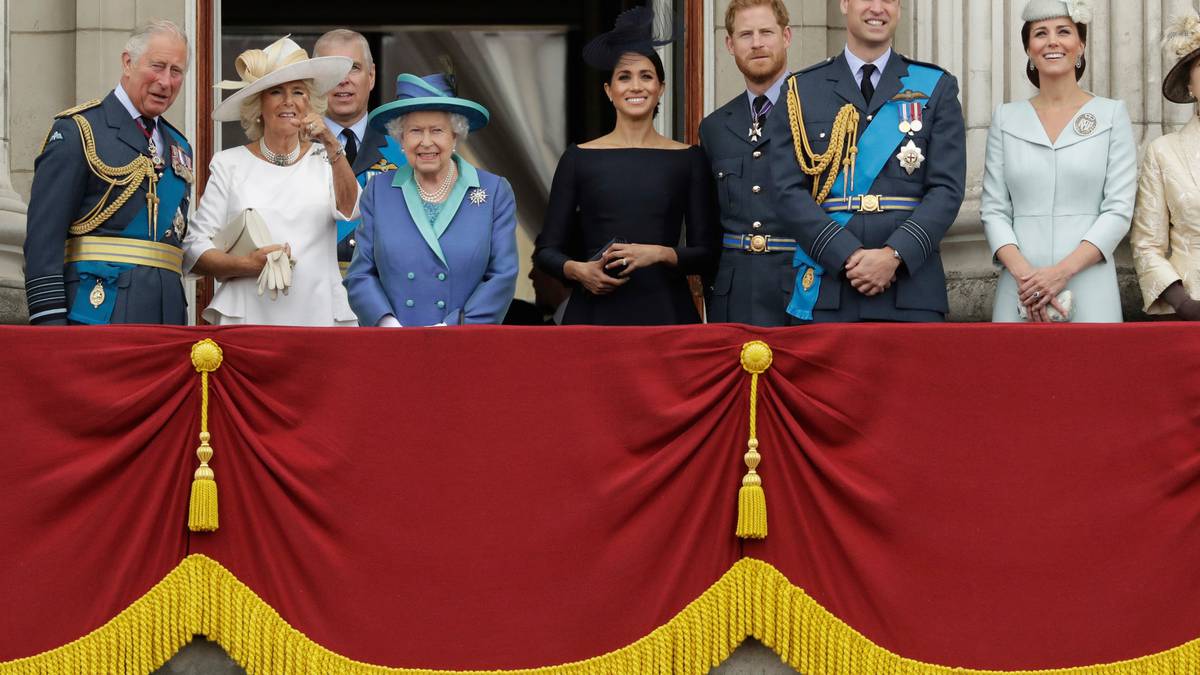 Many Black Britons found that the interview raised new questions about entrenched racism, both in the royal family and in British society at large.

Hours after an interview with Prince Harry and his wife, Meghan, was broadcast in the United States yesterday, Britain was already grappling with the shock wave rippling out across the Atlantic, exposing a deep royal rift.

In the two-hour prime-time interview with Oprah Winfrey — to be shown in Britain today — Meghan and Harry spoke frankly about what drove them away from Britain last year, taking a sharp turn from the default silence of the royal family. They spoke of comments by one family member about the potential colour of their son’s skin, racist coverage from the tabloid press and a general lack of support that Meghan said drove her to thoughts of suicide.

For many Black Britons, the interview offered a scathing assessment of the royal family and resurfaced barely submerged tensions over entrenched racism in the country at large.

“It’s very hard listening to the interview not to focus on some of the salacious details and the family drama,” said Marcus Ryder, a visiting professor of media diversity at Birmingham City University. “But what we’re talking about is a major part of the British state; it’s a major institution.”

The allegations of racism made during the interview could have major implications for the monarchy, he said, whose family members and their households are paid in part with public funds.

“Once you realise that, and divorce it from the idea of the personal family drama, what you have is a Black woman who was the first, in the modern era anyway, to enter that British institution,” Ryder said, “and makes allegations of racism at the very top.”

Meghan’s revelation that someone in the royal household questioned whether her son would be “too dark to represent the UK” was a major problem, he said. (On Monday, Winfrey said that Harry had asked her to clarify that neither Queen Elizabeth II nor Prince Philip was the source of that comment.)

Many critics noted the marked imbalance between the bombshell disclosures in the interview and the palace’s clumsy attempts to discredit Meghan as a bully in a leak to The Times of London last week.

For others, the interview was a moment to reflect on the decidedly different public persona of Harry and Meghan as they broke with the dutiful silence expected of the royal family and brought a more American approach.

Meghan had previously spoken about her struggle to adopt the British stiff-upper-lip sensibility, and during Sunday’s interview the couple signalled an apparent desire to seize control of their own narrative, positioning themselves as global philanthropists.

The Daily Mail, a British tabloid that Meghan won a privacy case against last month, on Monday morning led with the all-caps headline “I wanted to kill myself.” While it trumpeted Meghan’s comments about her mental health, it called the discussions about race “a sensational claim.”

The interview left the country divided, with major news outlets publishing biting commentary. On social media, some denounced the couple’s infidelity to the family, while others firmly defended them.

The reaction illustrated divisions between those who view Harry and Meghan as victims and those who disapprove of their behaviour and of their willingness to attack the monarchy in public. Critics argued that by refusing to name the person who questioned the skin colour of their son, they had made it impossible for the royal family to try to rebut the allegation.

In the Daily Telegraph, Camilla Tominey wrote that the conclusion the couple seemed to want the public to draw was that since “we are never likely to know, we may as well consider them all white supremacists, along with any journalist who has ever written anything vaguely negative about them.”

In the beginning, when her engagement to Harry was announced, Meghan was acclaimed as an international beacon of a more inclusive royal family — until then a profoundly white institution. But that moment quickly passed, and she soon found herself under frequent attack in the British tabloids, often the subject of articles laced with overtly racist language or undertones of bigotry.

Before the wedding, articles appeared in the tabloids about her driving her sister-in-law Kate, the Duchess of Cambridge, to tears in a disagreement over the flower girls’ dresses — the exact opposite of what actually occurred, Meghan said in the interview. Then came accusations in the tabloid press of her bullying the staff, of being so demanding as to be impossible to satisfy.

Sometimes, some noted, the tabloids would criticise her for doing almost the same things that earned Kate lavish compliments.

Not that Kate escaped criticism entirely. While her parents are highly successful professionals, the tabloids made much of the fact that her mother began her career as a flight attendant and is more likely to trace her lineage to a coal miner than an aristocrat.

Yet what cut particularly deeply, Meghan said, was the lack of support from other family members. And when she went in search of help for her increasingly desperate mental state, the palace’s human resources department said its hands were tied because she was not a staff member. She was further told, she said, that she could not go to a psychiatric facility because that would reflect poorly on the family.

Black Britons had been calling out the problematic portrayals of Meghan in the British press for years. Shola Mos-Shogbamimu, a lawyer and activist, has frequently spoken out about the racism directed at Meghan. In a heated back-and-forth on Good Morning Britain, she took Piers Morgan, the presenter and a staunch critic of Meghan and Harry, to task.

He asked for a reaction to what he called the couple “spray-gunning his family on global television” while Prince Philip, Harry’s grandfather, is hospitalised with a heart ailment.

“You want to deny that the royal family has any racist undertones or actions against the first biracial person, simply because you are in love with the queen?” Mos-Shogbamimu responded, as Morgan accused her of “race baiting.”

“You can love the queen and be able to call out the actions done by the royal family when they have got it wrong,” she added.

Many noted that the allegations made by Meghan during the interview highlighted a blind spot in much of the British news media when it comes to race, with the ranks of royal correspondents nearly all white.

“This is a story which is predicated on race,” Ryder said. “And what we have is that we have a British media that has so far been slow to recognise that this is actually a racial story.”

Ryder also said the allegations could have broad repercussions for the monarchy, highlighting long-standing questions about inclusion and the hereditary model of succession.

“We keep talking about issues of diversity, and how well does diversity sit with the hereditary principle?” he asked, noting that some may argue that there is a way to make it work. “But what she’s saying is that there seems to be a conflict.”

The palace has said nothing in the aftermath of the interview, and it is not clear how the queen herself will respond and whether the palace will investigate some of the claims Harry and Meghan made as enthusiastically as it pledged to look into the claims of Meghan’s bullying of staff.

“Now that Meghan has revealed comments about her child’s skin colour, will they investigate racism in the Palace?” Nadia Whittome, an opposition lawmaker, asked in a post on Twitter. “I won’t be holding my breath.”

Others agreed that the interview could have wide-ranging implications for the House of Windsor.

“I’ve always said that the royal family would come out at best looking out of date, out of touch, perhaps unwelcoming,” Katie Nicholls, the royals editor at Vanity Fair, said in an interview on Sky News shortly after the broadcast. “But this is so much worse than that.”