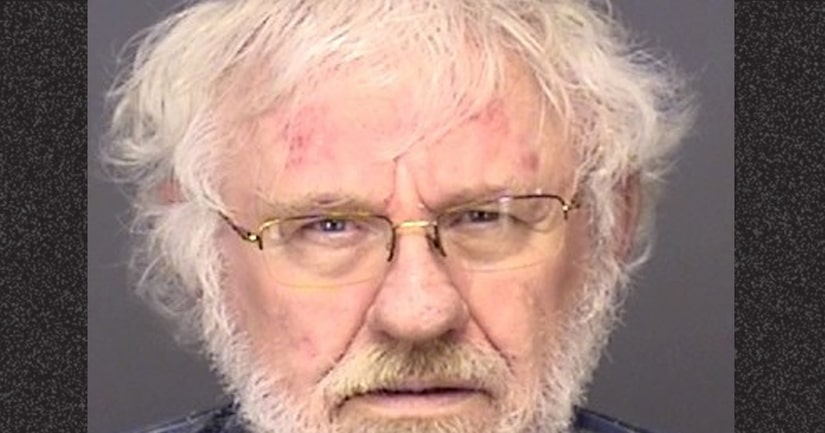 “This one is a little… let’s just say sensitive,” the Sheriff’s department said. “You could even say it’s kinda nuts.”

A Florida Man has been arrested after allegedly botching an illegal castration.

Gary Van Ryswyk, 74, told police he met the "patient" on a fetish website for eunuchs.

Shortly before midnight on Sunday, a deputy checked on an address that made a 911 call but hung up.

"These are pretty routine and deputies respond to many of them per shift," the Highlands County Sheriff’s Office said in a Facebook post. "But most of them don’t make the cut when it comes to being memorable. This one will definitely hang around in the memory for a while."

The door was answered by Ryswyk, who told the deputy he had just performed a castration on a man and, "to say the least, Van Ryswyk had dropped the ball on this one," the statement continued.

Inside deputies found the man on the bed with a towel over his groin, which was bleeding heavily.

His testicles were in a jar beside the bed; or as police described it "there was a pink container which held two body parts that had recently been much closer to the victim."

He was taken to the hospital and was later flown to a regional medical center, where he was listed as in stable condition.

Police found another room set up like a surgical center with medical equipment and painkillers. There was also a camera set up to record the procedure.

Van Ryswyk told deputies he had met the victim on a website on the dark web called eunuch.com ("click that link at your own risk", the sheriffs advised) which is for people who have a castration fetish. He told the victim that he had experience on animals and had even removed one of his own testicles in 2012.

He reportedly told deputies that he had tried to perform the procedure on the victim a week earlier, but when he tried to sanitize the area the man had become aroused and ejaculated (or as the Facebook post describes "something came up") so the procedure had to be delayed.

He said he began the procedure at about 10pm on Sunday night, but the victim’s uncontrollable bleeding made it difficult for him to suture the wound closed.

"He also said he had done a similar procedure on a man in a local motel a few years ago that turned out pretty much like this one, but couldn’t remember the other man’s name," The Sheriff’s department said. "The man went to the hospital, but law enforcement was not notified."

Van Ryswyk was arrested Monday and charged with practicing medicine without a license resulting in bodily injury, a second-degree felony. His bond was set at $250,000.

"This one is a little… let’s just say sensitive," the Sheriff’s department added. "You could even say it’s kinda nuts."