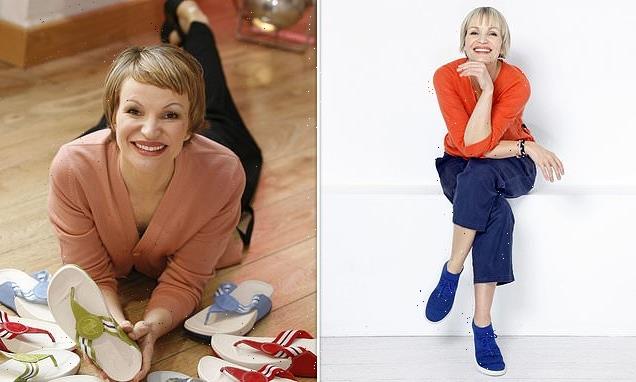 What it takes to be a mogul and a mother: FitFlop founder Marcia Kilgore reveals you need to get a job in your teens. Never watch TV. And always choose the school play over work

Most entrepreneurs are happy to make one business an outstanding success. At 52, Marcia Kilgore has three under her belt.

There’s Bliss Spa, FitFlop ergonomic sandals and Soap & Glory, the cutely packaged bath range she sold to Boots in 2014 for a reported £45 million.

Now she’s back at the start-up stage with fledgling venture Beauty Pie, and is once again finding that ‘all the best ideas’ begin by ‘terrifying people’.

‘If it’s not different and radical and it doesn’t scare people, someone has probably done it already,’ she says, citing the example of her best-selling FitFlop clog, the Shuv. ‘We launched it ten years ago and at first women were really scared of it. Today we sell tons of them.’ 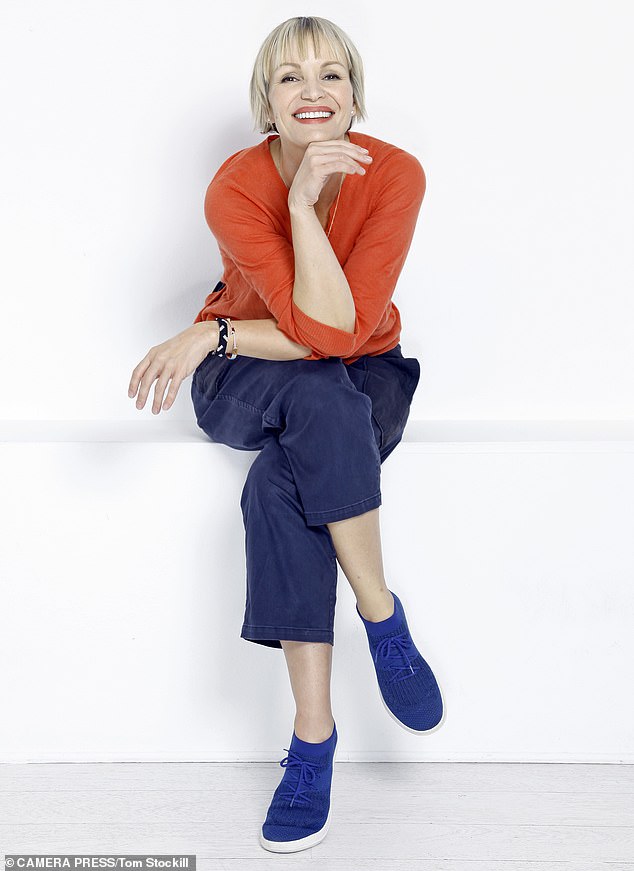 Entrepreneur Marcia Kilgore, 52, who is originally from Canada, has founded three successful businesses – FitFlop, Bliss Spa, Soap & Glory –  and is also mother to Louis, 16, and Raphael, 14

Launched in 2016, Beauty Pie has encountered a similar, if not more extreme, reaction in some quarters. ‘We got a lot of hate at the beginning. It was just extraordinary.’

Kilgore’s idea is bound to — indeed, designed to — rile what she calls ‘the beauty industry’s old boys’ network’.

Traditional high-end brands have hugely inflated the prices of cosmetic and skincare products, she claims. By signing up customers to a membership scheme, from £5 to £20 a month, Beauty Pie says it can offer reductions of ‘up to 80 per cent’ on a range sourced from the same factories used by those brands but packaged simply and sold online.

Kilgore aims to refashion the way we buy beauty, swapping expensive one-off purchases for a locked-in subscription package, a bit like Amazon Prime — the holy grail of business models.

The entrepreneur, who’s mum to Louis, 16, and Raphael, 14, has the slick but steely vibe of a woman who’s been in business since the early 1990s and has never expected the world to make it easy for her. ‘People always resent a zeitgeist-changing idea at first. I’m showing people they can buy their £60 face cream for £12 and they think it’s impossible. But it’s not.’

She grew up in Saskatchewan, Canada, and early on learned that life could be horribly unpredictable. ‘My father died of brain cancer when I was 11, and my mother, my two sisters and I were kind of left to fend for ourselves.

‘We weren’t homeless, but we had to watch the budget. I got a part-time job, then another one, then I was doing three. You hustle. And you’re not afraid of losing everything as you didn’t have much in the first place.’ 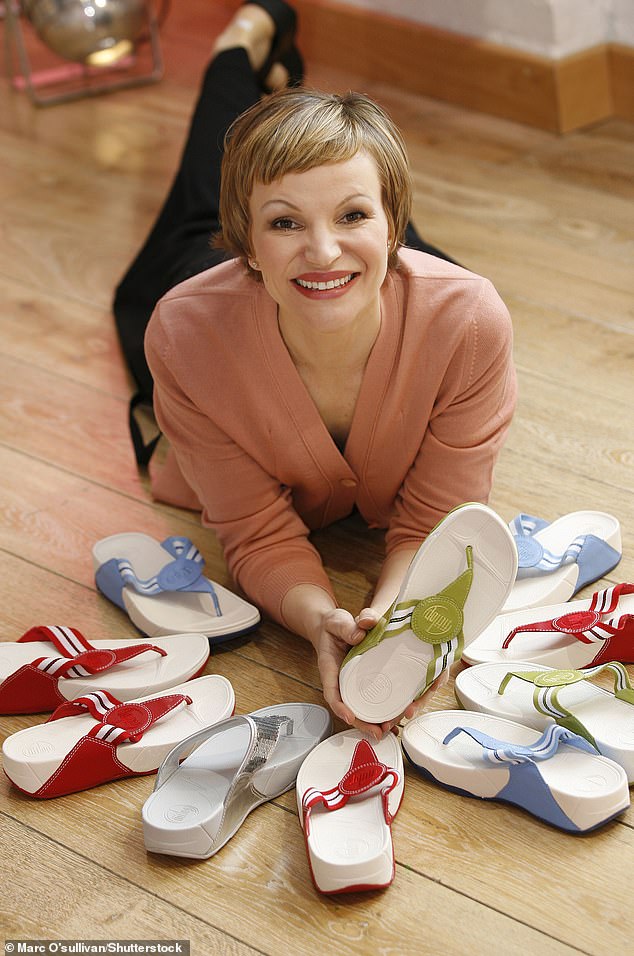 She revealed Soap & Glory was her hardest sell, and for months she made just over £200 a week, but FitFlop, the best-selling  ergonomic sandals, (pictured) was an instant success

For a while she was a bodybuilder and personal trainer, and then, having escaped to New York, she opened a one-room studio offering facials and waxing.

At a time when ‘spa treatments’ largely meant eating salad and bathing in mineral waters, Bliss Spa — as the business became — took the concept of beauty treatments and made them mainstream and aspirational.

Sold in 1999 for £19 million to luxury firm LVMH, the brand began popping up in top hotels and the spa boom began.

Juggling a family of her own came a few years later. By then she was living in London with French husband Thierry Boue, now 66.

‘Louis was two and my youngest, Raf, was a newborn when I started Soap & Glory. Then, a year after that, I began FitFlop.

‘I used nannies. I had to until they went to school. Even at the weekends, I’d go back to the office and do extra work when they were asleep. I had very little social life, and even today I don’t ever sit down and watch TV.

‘Women must remember that they have a choice between being fulfilled and, I guess, being secure. Doing what fulfils you doesn’t necessarily pay the bills. It’s super hard to run a business and a family, but you learn to live in the moment, manage your time and make sacrifices.’

She never missed a school play for the sake of ‘selling 300 more jars of body butter’, but she did miss dinner with friends. ‘You do the deathbed test, and clearly a school play beats an afternoon in the office by that measure.’ 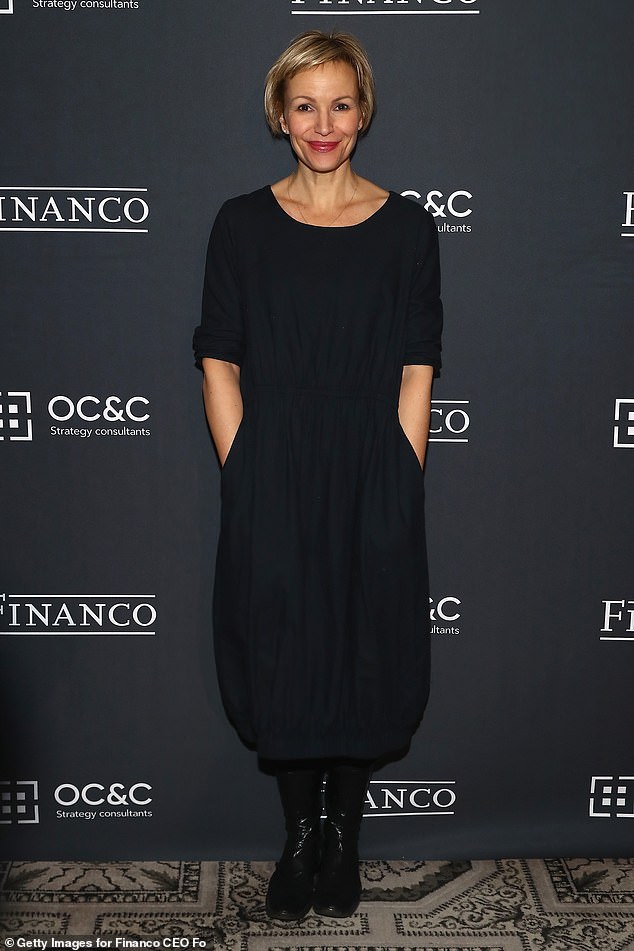 In order to juggle work and home life, she said she had to use nannies to mind her children and never watches TV but despite her busy schedule, she has never missed a school play

Defiantly Gen X in her attitude towards the differences between men and women in business, she’s clear that women shouldn’t expect an easy ride from potential investors.

‘There’s going to be sexism. If a man says he’ll ask his wife what she thinks of my idea [in beauty], I’m not going to be offended. Not everyone understands what a moisturiser is! If someone rejects you, you haven’t communicated your idea well enough.’

Soap & Glory was her hardest sell, and for months she made just over £200 a week, but FitFlop was an instant success. The difference, perhaps, lay in the originality of the idea. ‘FitFlop was crazy. People got it immediately and we couldn’t keep up with demand.’

Now, Beauty Pie is just breaking even. The pandemic is causing supply-chain issues and Kilgore has become an expert in global shipping routes. During lockdown, as women turned to internet shopping, Beauty Pie ran out of stock.

Has Covid accelerated the death of real-life shopping? ‘Shopping has to evolve as an experience,’ she insists. ‘A store like Selfridges has done it well. You go to the champagne bar and it’s a pleasure to be out.

‘Do we still need the beauty counter? Some people love it, some find it intimidating. Websites are getting just as good at giving you information on products as counter staff. But I hope it’s still part of retail as it can be great fun.’

A former winner of the Ambassador Award at the NatWest Everywoman Awards, she’s one of this year’s judges and a supporter of the network for businesswomen. ‘I try to mentor everyone in my organisation and I love it when they go on to build businesses.’

Her big tip is for would-be entrepreneurs to constantly ask themselves what the purpose of their business is, and to hone that message into one brilliant sentence to wow investors.

‘I’ve never had a business plan that worked only on the principle of making money — there’s always a bigger purpose to do with making things better for women. There’s no reason why they should settle for paying such a lot for skincare, for example. I want them to carry that idea over into every aspect of their life.’