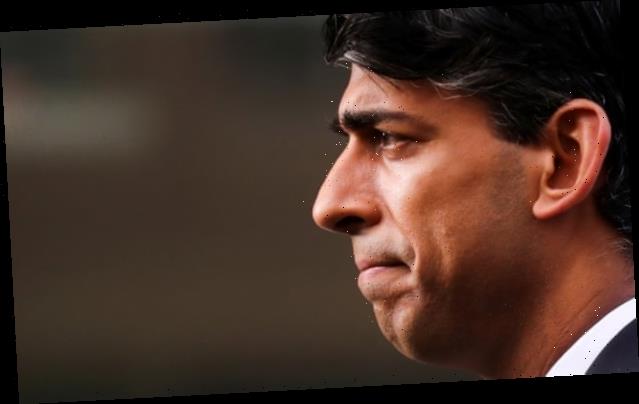 Never say never. A new variant of coronavirus could sweep across the globe and prove resistant to vaccines. If rising infection rates once again put intolerable pressure on hospitals then Boris Johnson would hit the pause button on the economy. But as things stand, the current lockdown will be the last.

Every effort should be made to ensure this is the case because the costs of closing large chunks of the economy are enormous and are rising all the time. What’s more, the impact of the pandemic has widened Britain’s already gaping demographic, class and ethnic divides, and the risks of permanent scarring are obvious. The social costs of lockdowns – the impact on wellbeing – are just as significant as the economic costs (even though for many people the two are linked).

As things stand, the chances of a further lockdown are happily quite slim. In part, that’s due to vaccines, in part it’s due to the fact that it would be a political disaster for the government if England’s “irreversible” march to freedom turned out to be reversible after all.

But it is also because the willingness to comply with draconian restrictions on liberty is fraying. In my home town at the weekend, people were out with their friends in the mild weather. Although clearly all not from the same household, they were sitting on park benches, having a coffee together, chatting away merrily. A group of five young people had cracked open a couple of bottles of fizz.

People have got the message. Vaccines work and are starting to protect the most vulnerable, so now they want to get their lives back. That explains why there was a surge in holiday bookings as soon as the prime minister published his roadmap for ending restrictions by the summer. As it stands, in England the rules stipulate that two households are not to mix indoors until the middle of May at the earliest. Judging by the way people actually behave, many will not wait that long.

Even so, the unlocking of the economy will be done in stages over the coming months because that’s the advice the government has received from its health and scientific experts. Some Tory MPs are unhappy with the gradual approach, but Chris Whitty and Patrick Vallance will provide political cover to the prime minister if case numbers start to rise again. Ministers who have remained silent until now will say that Covid-19 is something a vaccinated country has to live with.

One of those voices will be Rishi Sunak’s. Not a peep of protest has been heard from the chancellor during Britain’s winter hibernation but now the plans for the future have been published the focus – starting with next week’s budget – will shift to what is needed for economic recovery.

Sunak accepted early on that the pressure on the NHS from the new variant of Covid-19 meant there was no realistic alternative to the current lockdown. His role has been to keep stumping up the money to pay for extra health spending, grants to businesses, temporary tax cuts and the wages of the millions of workers on furlough.

Any temptation to start penny-pinching in the budget should be resisted. Having borrowed more in his first year in the job than any other chancellor in peacetime history, Sunak will need to carry on splashing the cash. For once Margaret Thatcher’s dictum is merited: there is no alternative.

The chancellor will, of course, dress up his generosity with a warning that the government’s spending spree will have to end. There is talk that he may even announce an increase in corporation tax as a signal of intent, although with so many businesses struggling to survive he would be well advised not to levy it immediately.

Deficit reduction can wait. The slow and steady pace at which restrictions will be lifted requires continued government support for the economy, even if the recovery turns out to be faster than expected.

The reason for that is simple. While Sunak has managed to anaesthetise much of the pain from the lockdown, he has not been able to save every business or every job. Indeed, as the latest official numbers show, the number of payrolled employees has fallen by 726,000 since last February, with 425,000 of that total accounted for by people aged under 25. If the health effects of the pandemic have been felt most by elderly people, the economic pain has fallen disproportionately on the young, who tend to work in those sectors – hospitality, retail and leisure – that have been hit hardest by restrictions.

As a result, Sunak has four big tasks next week. First, he has to make it clear that he will do whatever it takes to secure a sustainable recovery. Second, he needs to commit extra resources to ensure that there will be sufficient capacity in the NHS to cope should there be a resurgence of the pandemic next winter. Third, he needs to show some tender loving care to the tens of thousands of small businesses hanging on by their fingertips after a year in which cashflow has dried up but costs have continued to mount.

Targeted support to the hospitality industry would help limit job losses among the young, But some businesses are still going to fail because spending patterns have changed during the pandemic, and that means workers will need to be redeployed from one sector to another. So, fourth, Sunak, needs to increase spending on job support, retraining and apprenticeships for those coming out of school and college.

Few budgets really matter. Most of the ones that live in the memory do so for the wrong reasons. Sunak must ensure this one is different.