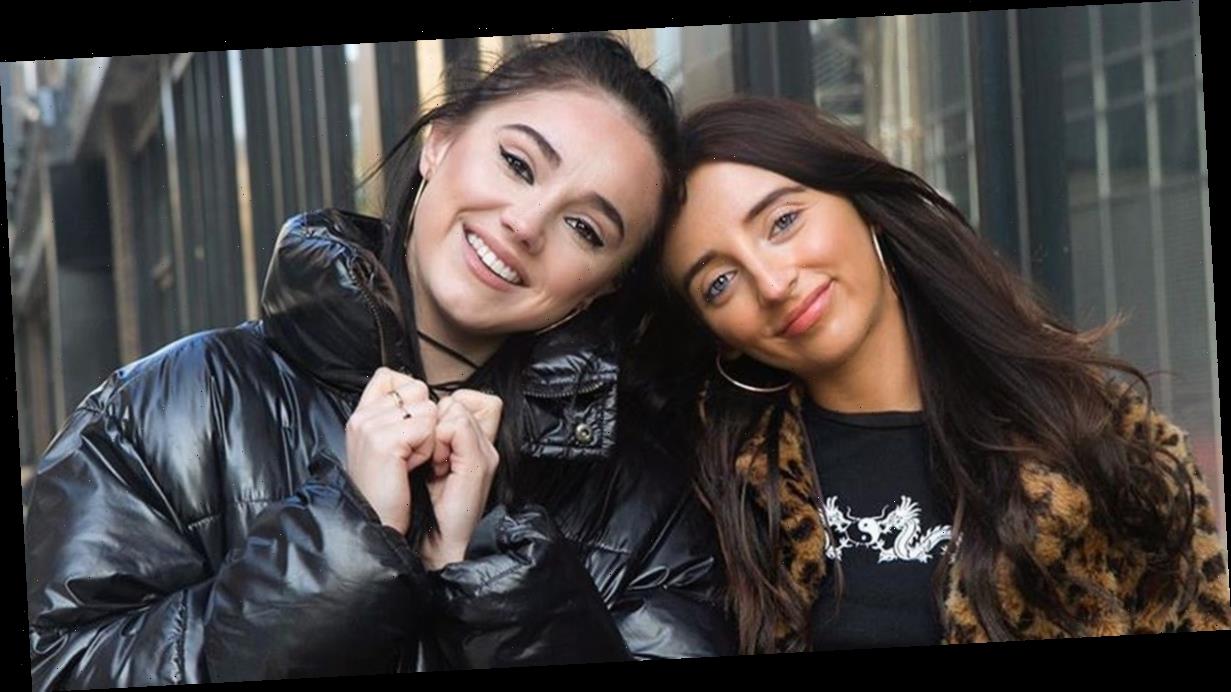 Female comedians Kat & Kat have opened up on their anger and shame at being heckled by sick men on stage.

The pair, as well as other women in the industry, have faced sexist chants when they’re doing stand-up.

They told the Daily Star: “It’s a regular occurrence that boys and men think its appropriate to yell out slurs like ‘show us your t*ts’ or ‘how much for a bl*wjob’ in the middle of a set.

“Once one of them yells it out everyone seems to join in and you have to play on this behaviour, when inside you just want to head butt them.”

Kat Ronson, from Yorkshire, says this type of inappropriate heckling isn’t hurled at her male peers.

She said: “You wouldn’t shout ‘get your d*ck’ out’ during a male comedian’s set.”

The comedy duo, who are stars of a new six-part series called Lads, have even been propositioned after doing live shows.

Katerina Robinson, from Hertfordshire, said: “After my set a man approached me and said how he enjoyed my set, but then pointed out I will struggle in the comedy industry.

“He then said to me ‘maybe you should try glamour modelling’.

“I wore PVC leggings and heels to this gig and felt very confident in myself, after that comment I felt belittled and almost ashamed to be dressed so glamorously.”

Katerina said some feel entitled to make pervy comments because she talks about sex during her stand-up shows.

But she responded: “Just because I talked about being ‘d*ckpressed’ in my sets doesn't mean I want a d*ck.”

Her comedy partner Kat has been propositioned by a man who hired her for a gig.

She recalled: “In my stand-up set I talk about stripping and he made assumptions that just because I mention sex in my gig means I am an escort.

“He used my phone number afterwards for his own purposes – an abuse of power.”

Instead of letting the sexism they face deter them for pursuing their passion for comedy, Kat & Kat have found a humorous way to break down barriers.

The duo star in a new TV show called “Lads”, which is a comedy series based on the stereotype of men in our society.

They said: “When the idea of our new TV show Lads came about we decided to do an experiment and fully immerse ourselves into our lad roles and understand our characters and how they would behave in different situations.

“We put ourselves in lads situations and chatted up girls and played video games and other so called lad behaviours such as farting in public, eyeing up girls and looking at their boobs and bums while talking to them.

“We even told our parents to treat us like boys and told them to call us by our character names so it felt real, from the moment we woke up to the moment we went to sleep we acted and behaviour like lads.”

The comedians added: “Overall it was a fun experiment and it really helped us understand how guys behaviour, we actually pulled our experiences in real life and brought these to life in our new show Lads.

“And that is why Lads is so funny, because it really does tap into real lad behaviours and people can relate or have had the same experience.”

Lads is due to be released on Vimeo on Demand on 2nd April via www.vimeo.com/ondemand/lads and be streamed from your Apple TV, iOS, Android, Amazon Fire TV, Chromecast and Roku.