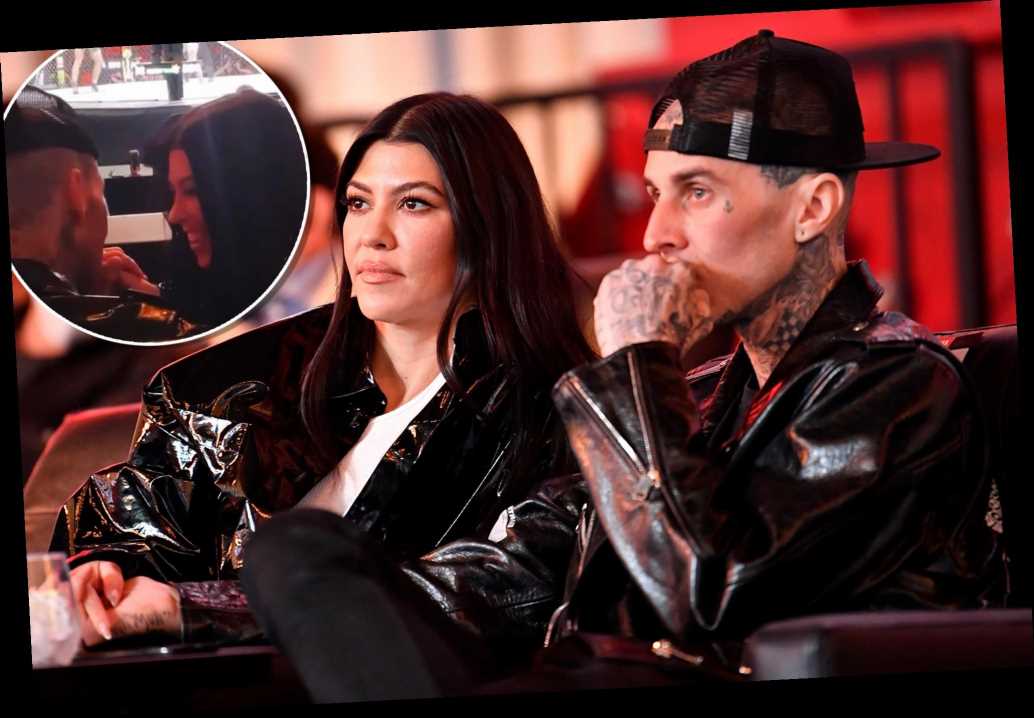 Travis Barker shares ‘I love you’ note from Kourtney Kardashian

The Internet seems to think the Blink-182 drummer was caught sucking on the “Keeping Up With the Kardashian” star’s well-manicured hand during the steamy couple’s date night at UFC 260 on Saturday.

Podcaster Amanda Hirsch of “Not Skinny But Not Fat” captioned a clip of the moment, “OMG #KRAVIS PUBLIC FINGER SUCKING????”

“Guess he ran out of tootsie roll pops,” one person commented.

Another wrote, “Omg nooo not with covid. They wildin!!!”

Gucci Shane, the man who took the video and was at the event as a guest of “Bachelor” star Matt James, told Page Six on Monday, “I don’t think they were sucking each other’s fingers. I think they were just holding hands close to their face, but I’m not positive.”

In the video, Shane can be heard telling the lovebirds, “Y’all are just too cute over here.”

Rumors that Kardashian, 41, and Barker, 45, were dating first started circulating in January. The couple made their relationship Instagram-official one month later.

This month, Barker shared an “I love you” note from Kardashian and sparked speculation that his new tattoo was a tribute to the reality star. 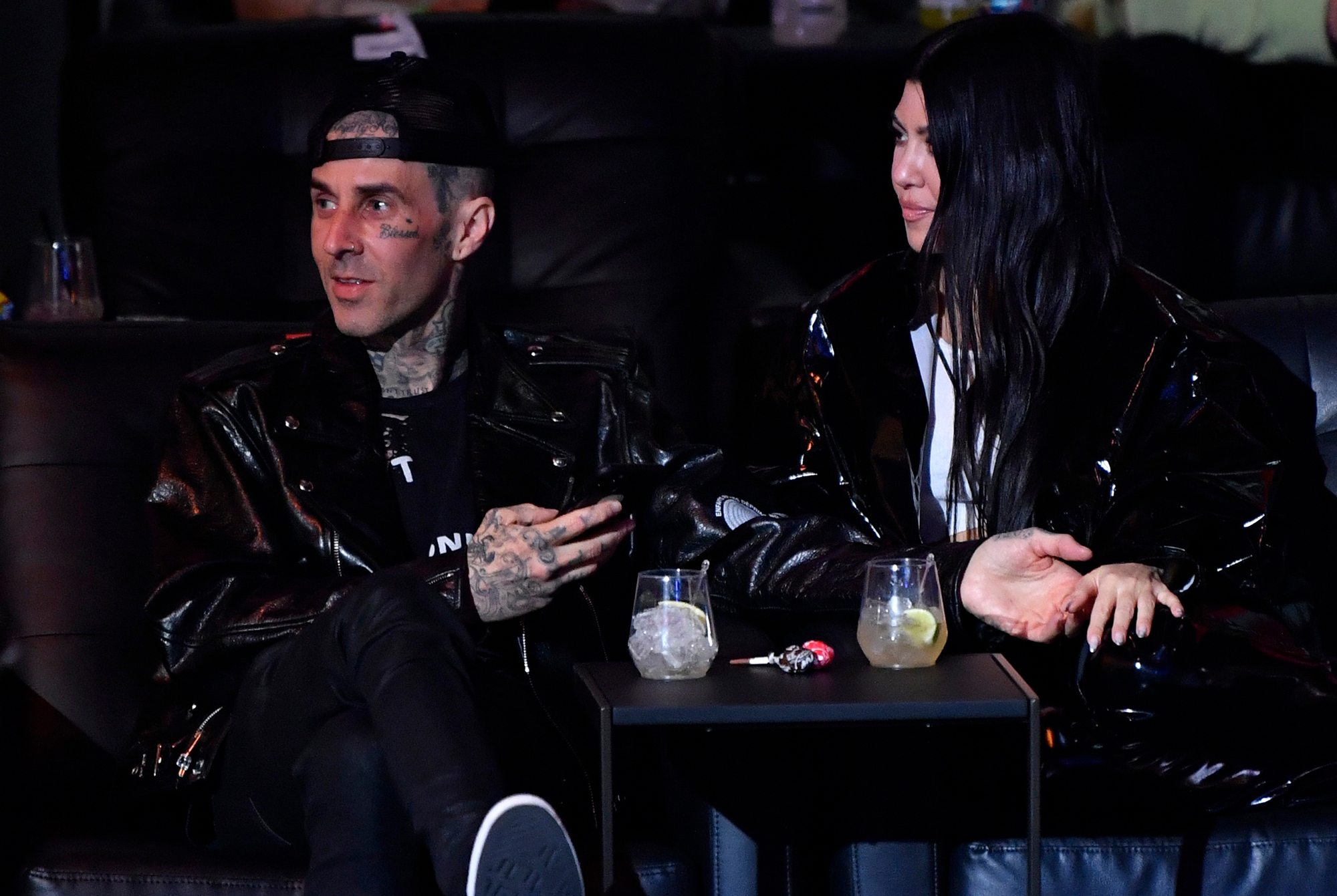 Prior to Barker, Kardashian dated Algerian model Younes Bendjima and Scott Disick, with whom she shares sons Mason, 11, Reign, 6, and 8-year-old daughter Penelope.

The “All the Small Things” rocker recently opened up on “The Drew Barrymore Show” about what it’s like dating a woman who also has kids.

“And now I’m spending time with a woman who’s a great mom, who’s a great friend and you don’t have to worry about any of those things.”