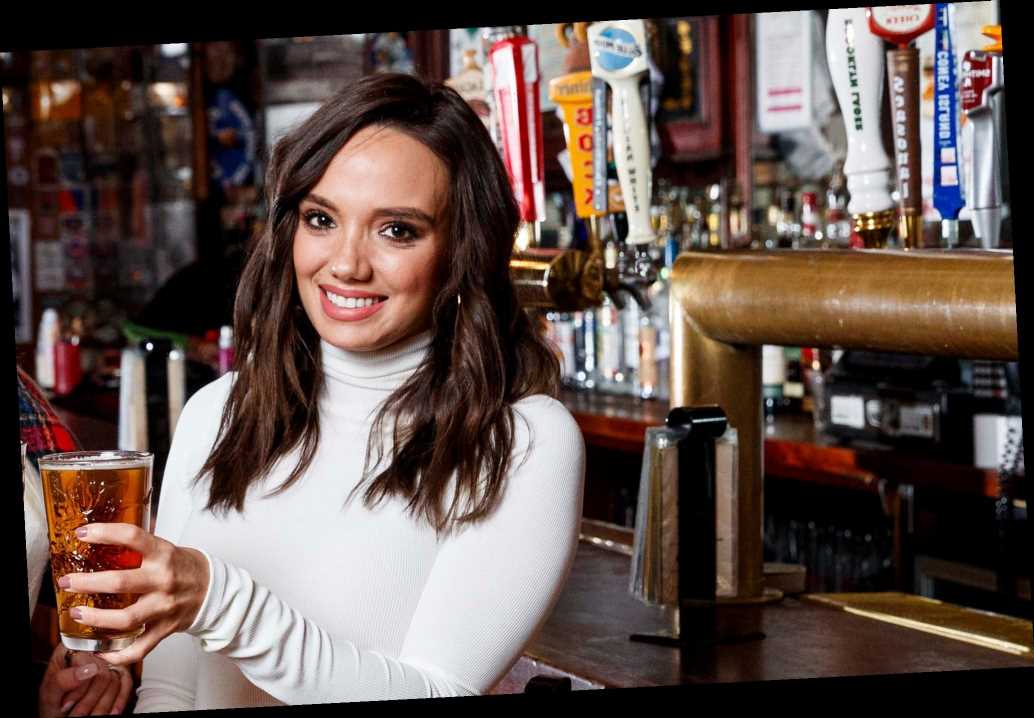 After drama with Barstool Sports, Sofia Franklyn, the former host of the popular podcast “Call Her Daddy,” is now the host of her own podcast, “Sofia With an F.”

“I’m back. Link in bio. Subscribe sloots,” the 28-year-old brunette wrote on Instagram about her new solo podcast with Sloot Media.

A promo for the podcast released on Sept. 29 includes multiple voices saying Franklyn “got greedy,” is “a snake,” “ruined her career” and more insults, many of which likely have been posted on social media in the eight months since her exit from the podcast.

No details have been listed about “Sofia With an F,” other than the Sept. 29 teaser audio from Sloot Media, an LLC which was filed in August and registered to a New York City apartment, according to the NYS Department of State Division of Corporations.

Franklyn did not reveal when her podcast will officially drop but shared an Instagram Story with a microphone and tape recorder on the floor.

“So what I’m getting is you guys want to hear more from me,” Franklyn said, teasing the torrid drama that occurred in May. “You will be hearing from me very soon.”

Franklyn was the former co-host of “Call Her Daddy” alongside Alexandra Cooper, 26, until a war waged between the Barstool babes and founder Dave Portnoy. Rumors circulated that the pair were looking to renegotiate their contract with Barstool, but it was later revealed they were feuding behind the scenes, with Franklyn’s boyfriend, HBO Sports Executive Vice President Peter Nelson, a 38-year-old nicknamed “Suitman” on the raunchy podcast, caught in the middle.

“They’re not speaking to each other anymore,” an insider told The Post in May. “They’ve completely turned on each other and started arguing over who was the real talent and who did more of the heavy lifting [for the podcast].”

While Portnoy called both women “unprofessional and disloyal and greedy,” Franklyn later revealed that Cooper stabbed her in the back during the renegotiation process of their show they started in 2018.

“I found out that Alex had gone behind my back and done something. And I found out it wasn’t the first time. And that’s why we’re here. I trusted Alex. I feel betrayed,” Franklyn said in an Instagram video. She added that she wanted to do the show, but Cooper had wanted control of it and Franklyn did not wish to “do it under the circumstances that she wants.”

Cooper then announced she signed a deal with Barstool to host “Call Her Daddy” by herself. “I am so f – – king excited to get the show back on the air and continue to talk about the blow jobs and sh – – ty one-night stands,” she said. During her first solo episode, she instead dragged Nelson for allegedly causing a rift between the women.

Since Franklyn’s exit, Cooper has continued hosting and had Miley Cyrus as a guest in August.