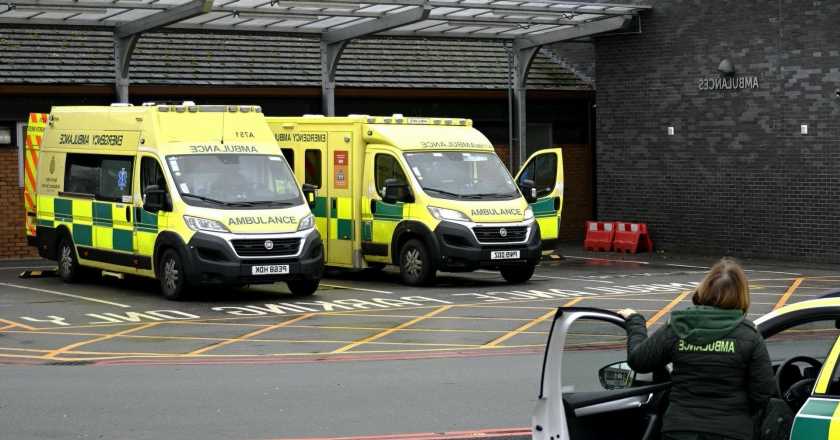 The pressure the NHS is facing has reached new levels over the last couple of months.

The NHS has been in crisis for some time now, but the last couple of weeks have seen the challenges the health service is facing reach new levels.

From extensive GP waiting lists to ambulance delays and difficulties accessing emergency care, over the last couple of months NHS users have been met by a system struggling to keep up with extreme demand.

But what is driving the crisis the NHS is currently facing? And what (if anything) is being done about it? Here’s everything you need to know about the situation.

Senior doctors from the British Medical Association (BMA) have described the current situation in the NHS as “intolerable and unsustainable”, with estimates from the Royal College of Emergency Medicine suggesting that between 300 and 500 people are dying each week as a result of delays and problems with urgent and emergency care.

While NHS England’s Chris Hopson said that care should be taken before “jumping to conclusions about excess mortality rates and their cause without a really full and detailed look at the evidence”, the vice-president of the Royal College of Emergency Medicine, Dr Ian Higginson, stressed this was a “real problem”.

“What we’ve been hearing after the last few days is that the current problems are all due to Covid or they’re all due to flu, or that this is complex, you mustn’t jump to conclusions – all that sort of stuff,” he told BBC Radio 4’s Today programme.

“If you’re at the frontline, you know that this is a longstanding problem. This isn’t a short-term thing. The sort of things we’re seeing happen every winter, and it still seems to come as a surprise to the NHS. It gets worse every winter.”

According to official figures from NHS England, in November over 37,000 patients waited more than 12 hours in A&E for a decision to be admitted to a hospital department – an increase of almost 355% compared to the previous year, when just over 10,000 patients waited for the same period of time.

And last week, one in five ambulance patients in England waited more than an hour to be handed over to A&E teams.

Why is the NHS struggling so much this winter?

The crisis the NHS is currently facing is being fuelled by a number of factors. Not only has the pandemic led to a treatment backlog but there is a shortage of beds, and cuts to social care and mental health services have added further pressure.

A fifth wave of Covid-19 – as well as a surge in flu infections – is also adding to the number of patients needing hospital care, while strike action by nurses and ambulance staff has caused disruption to services.

How has Rishi Sunak and the government responded?

A spokesperson for Rishi Sunak said he was “confident” that the NHS had the funding it needs to face the crisis.

A spokesperson for Rishi Sunak has said the government is “confident” it has provided enough funding to the NHS to cope with the winter crisis, despite calls from health service workers for ministers to do more to keep the service afloat.

In a statement, the prime minister’s official spokesman said: “I think we are confident we are providing the NHS with the funding it needs as we did throughout the pandemic to deal with these issues.

“I think we have been upfront with the public long in advance of this winter that because of the pandemic and the pressures it has placed and the backlog of cases that this would be an extremely challenging winter and that is what we are seeing and we remain thankful to frontline NHS and care staff who are providing this level of care to the public in a challenging time.”