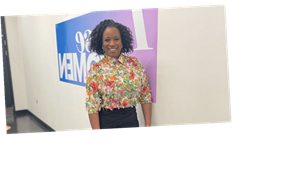 A few days ago the exciting news was announced that there’s a new Loose Women panellist!

The popular daytime television show has been going since 1999, and panellists, including Stacey Solomon, Coleen Nolan, Andrea McLean, and more, discuss topical issues and interview celebrities.

And joining the group of leading ladies is Charlene White, who is a British journalist and newsreader.

The 40 year old was announced to be joining the panel over on the Loose Women Twitter, as they shared a clip of Charlene in a floral dress.

“It's OFFICIAL! Charlene White has joined the #LooseWomen family. We hope you'll join us in extending a very warm welcome to our newest fully-fledged panellist,” the tweet read.

So, who is Charlene and what’s her life like away from the cameras? Let’s take a look…

Who is Charlene White?

Loose Women panellist Charlene is “absolutely stoked” to be joining the show, and she revealed: “I’ve been buzzing all this time to reveal that I’m the new anchor on Loose Women.”

And Charlene’s fans are just as excited for her, as they took to Twitter to write their messages of congratulations.

Born in Greenwich, London, to Jamaican parents, Charlene graduated from the London College of Printing and went on to become the youngest senior journalist at the BBC at the age of just 22.

She joined BBC Radio 1 and Radio 1Xtra and interviewed the likes of Tony Blair, Kanye West, Jay-Z and Beyoncé, and in 2008 Charlene joined ITN as a newscaster and, in 2014, became the first black woman to present ITV News at Ten.

Charlene has worked on ITV Lunchtime, Evening and Weekend News and she contributes to the Guardian too.

Who is Charlene White married to?

Charlene knew her partner Andy was “the one” as soon as she met him, according to The Net Line.

The pair reportedly got to know each other quickly after meeting at a party in 2015, but it’s unclear whether or not they’re married.

Charlene said in The Guardian that there was a “collective sigh of relief” in her family when they then heard she had plans to start a family.

The star went on to welcome a son named Alfie with her partner in August 2017 and they later welcomed a daughter, named Florence in October 2019.

Charlene and partner Andy, who is believed to be an executive producer, live with their children in South London.

The presenter has 20,000 followers on Instagram and regularly shares peeks inside her home life.

She’s discussed her children in an Instagram post before, saying: “They love playing together, and Alfie loves being in charge and telling her off. And Florence mostly just kills herself laughing every time he has a tantrum.

“Amongst all the bad stuff… watching these two getting to know each other has been the good stuff.”

More recently, Charlene revealed her daughter could go back to nursery after testing negative for Covid.

She penned: “She tested negative for Covid… woo-hoo! So it’s back to nursery for her tomorrow… and back to work for me. Yay! Joys of vaccination temperatures in a Covid world…”

We can’t wait to watch more of Charlene on the panel!