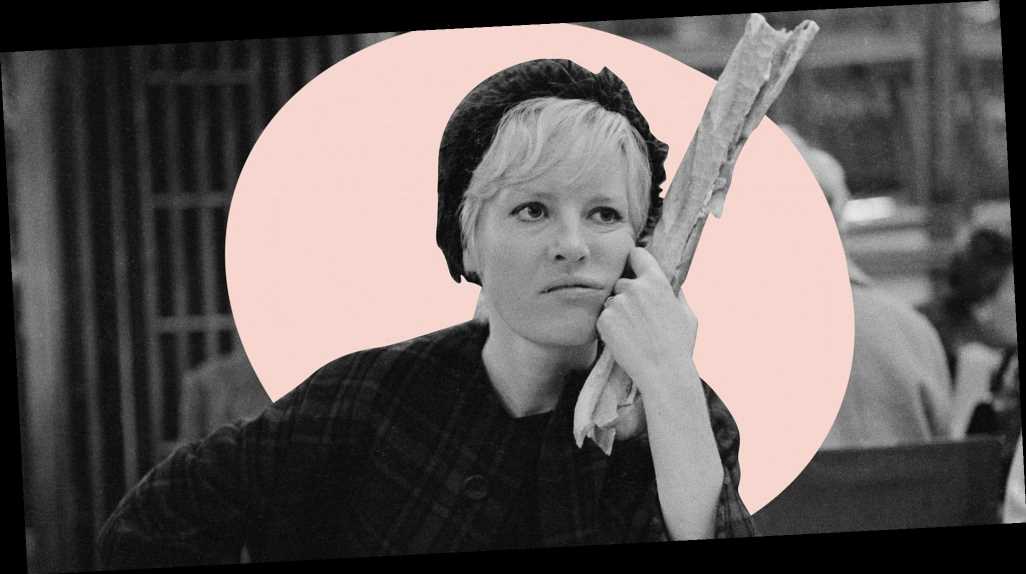 It’s a classic scenario we’re all at least a little familiar with: you’re obsessively refreshing your Instagram Story waiting for that name to appear in your views or anxiously checking your phone for a message notification to pop up on your screen. You drive yourself nuts, maybe wait days, get a stomachache, finally write the person off, only to feel a rush of elation the minute you finally get that validating bite of attention. Perhaps you even text your friend, "Nvm he texted." While you’re feeling the waves of satisfaction and the anxiety completely melt away, you’re falling into the negative feedback loop of anxious attachment and giving into the avoidant, cavalier person who’s putting you through this drawn-out form of dating torture.

I'm no stranger to this dating phenomenon myself. "He’s only texting you to see if you’ll answer. Don’t take the bait,” my guy friend will tell me over and over, forgiving me when I don’t listen but giving me that smug look over FaceTime when I’ve been had yet again. I'll waste my time making excuses for him time and time again, doing mental gymnastics trying to rationalize the behavior, until eventually, the days in between texts turn into weeks, then to months, when I finally set some new boundaries for myself. “You’re too late,” I typed out and then deleted without sending. That initial rush was enough without giving him any more of my attention. It wasn’t until months later that I’d see a glossary on dating terms pop up in a newsletter. He was breadcrumbing me. What is breadcrumbing, exactly?

Breadcrumbing is the practice of keeping a person (or multiple people) interested with sporadic, noncommittal interactions designed to keep their attention. In other words, breadcrumbing is just enough to give the impression that there’s potential for a relationship in the future. This can be used to keep your options open for hookups or just to keep someone on the back burner while trying out a new, or unfortunately longer-term, relationship. This is love connection life support.

Is breadcrumbing the new ghosting? Not exactly.

Ghosting will have your new crush vanishing into thin air, but someone who’s breadcrumbing you never seems to fully disappear. Nearly 72% of polled InStyle readers feel they’ve been on the receiving end of a breadcrumber at some point in their lives — and almost 65% agree that it’s actually way worse than ghosting.

Surprisingly enough, I came to find readers in both roles at one point or another, or in a push-pull dynamic with their crush, simultaneously breadcrumbing each other. Alyson* described her current situationship, “A guy and I have been breadcrumbing each other for years. It probably started three years ago with fire or heart eyes emoji reactions, but we lived apart and didn’t think much of it. Once we lived in the same state we started hooking up. We’re both pretty self-absorbed in our lives so we haven’t seen each other in ages but we make sure to keep each other aware of our common interest, especially when a few weeks have passed and I haven’t heard from him.”

Of course, breadcrumbing isn't always so mutual — sometimes it just feels like a passive, yet cruel form of rejection. We talked to Dr. Jessica January Behr, a licensed psychologist and couples therapist, to unveil the psychology behind this dating trend — and how to actually confront a breadcrumber if you ever find yourself on the receiving end of this frustrating dating trend. What’s the thought process behind breadcrumbing?

"We can think of breadcrumbing as a form of operant conditioning, where the desired outcome is achieved by an unpredictable schedule of reinforcement. This is actually the most effective reinforcement strategy as it elicits consistent and strong responses across long periods of time. A helpful analogy is to think of slot machines. You don’t know if or when you’ll win but when you do the reward is so thrilling that you’re willing to risk losing all of your resources for the chance to win and feel the thrill again. The stakes are high and it’s addicting. When someone breadcrumbs you, they are basically unpredictably responding to you at random intervals causing your dopamine to spike and feelings of excitement, anticipation and hope to emerge. Our reward pathways are activated which encourages us to play another round. It’s not just you, all humans (and many animals) are susceptible to this reinforcement strategy."

What should I do if I think someone is breadcrumbing me?

"Simply being aware of what’s happening and understanding the behavioral explanation behind breadcrumbing can be helpful and give you the agency to engage in the process consciously," Dr. Behr explains. What you choose to do in response depends on what you truly want out of this relationship. Here, your three options, according to Dr. Behr. "If the breadcrumber is someone you have decided isn’t or shouldn’t be for you, the best way to put an end to breadcrumbing is to resist responding. If you don’t respond, you will likely initially see an increase in frequency or intensity of reaching out behavior, called an 'extinction burst.' During this time temptation and curiosity to respond will be high and the breadcrumber may up the ante, trying to get your attention. But, if you stay strong and don’t respond the breadcrumbing behavior will be eradicated."

"Option two is for those who aren’t ready to let go of the thrill, or hope, just yet. You can keep engaging and responding, but know that this will only perpetuate the behavior. Breadcrumbing will not turn into consistent communication by engaging in the reinforcement game with the culprit. It will only further entrench the behavior. So if you do engage, don’t expect anything to change."

“Breadcrumbing will not turn into consistent communication by engaging in the reinforcement game with the culprit. It will only further entrench the behavior. So if you engage, don’t expect anything to change.”

"Lastly, if you feel this is someone worth engaging with, who is capable of mature communication and empathy, you can consider sharing the effect their behavior is having on you and how they can communicate with you more respectfully. Communicating and setting boundaries can work in some cases, however, this is a risk that could result in gaslighting. In other words, by shining a light on the breadcrumbing, denial of fact, rationalization and projection may be triggered. They may say they just reach out when they think of you, or that they’ve been busy, or accuse you of always stirring up drama. If you are going to address the person about their breadcrumbing behavior, be prepared to stand your ground and keep your cool even in the face of gaslighting. This is only worthwhile if you truly believe the person is capable of and interested in building insight."

The best advice I can give is that nobody is THAT BUSY. If communication isn’t healthy or at the level of frequency you want or need and you’re finding yourself anxiously checking your Instagram Story views or watching for your phone to light up with a notification, only to have an intense feeling of elation and relief if you do get a bite, it’s time for them to go.

Despite 77% of InStyle readers saying the best way to handle a breadcrumber is to simply block and move on, you might want to feel vindicated by confronting this person. I get it! However, if confrontation is your preferred plan of attack, just don’t be surprised if you turn this offender into a ghost.

Dr. Jessica January Behr, Psy.D. is a Licensed Psychologist and the founder of Behr Psychology, a private practice specializing in individual and couples therapy in Manhattan.