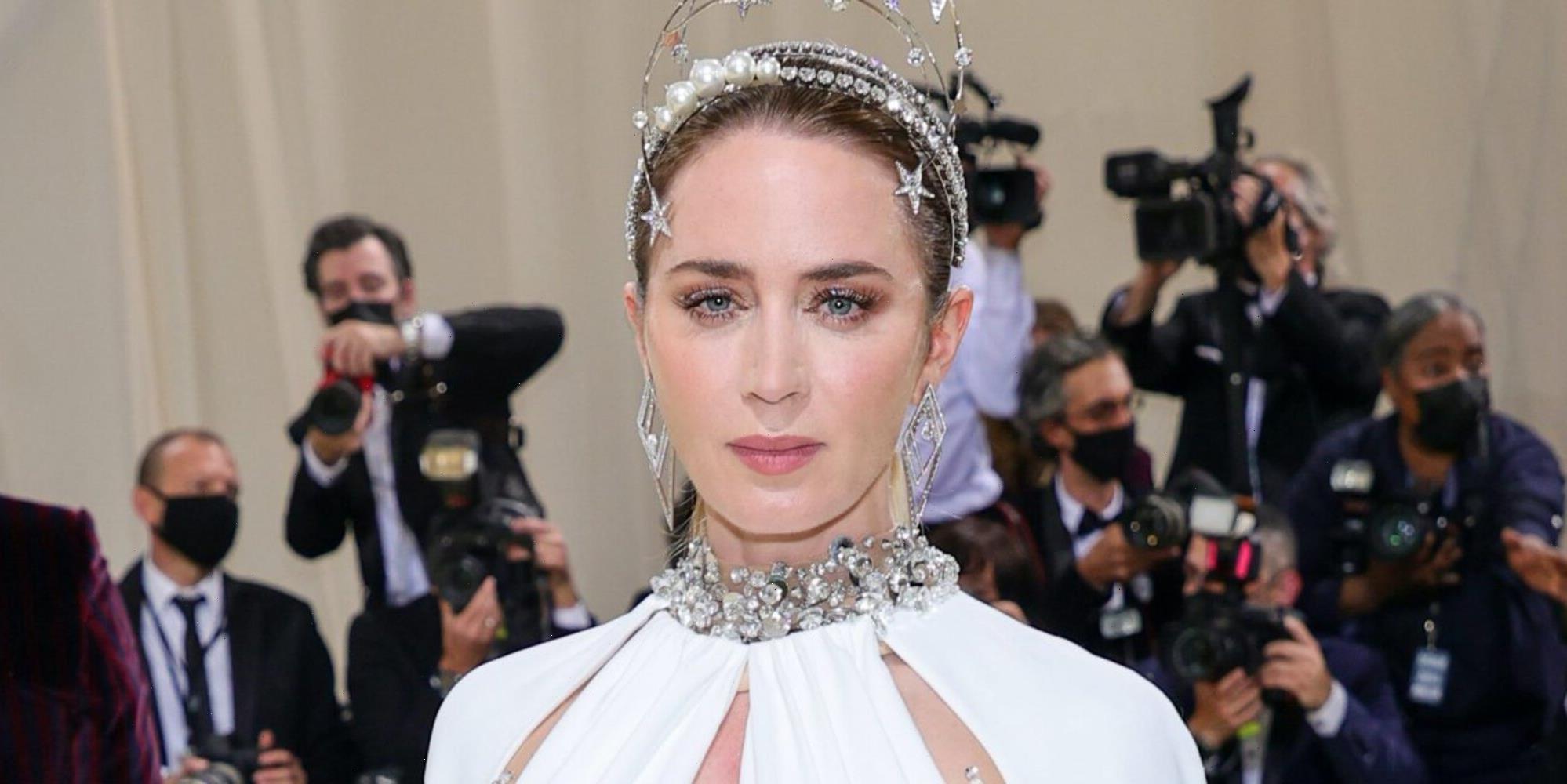 When you're at the Met Gala and the theme is a celebration of American fashion, embodying one of the country's most famous statues just makes sense — and that's exactly what actress Emily Blunt did.

"The beautiful glass raindrop shape beaded dress and headpiece were like a modern twist on the Statue of Liberty," hairstylist Laini Reeves shares exclusively with InStyle. "I decided to make her hair intertwine with the headpiece — slicked back with a ponytail."

Reeves went with Redken products for the night to create a sleek look that didn't take away from the rest of Blunt's gorgeous ensemble. "While her hair was still damp, I sprayed One United Multi-Benefit Spray all over Emily's hair for added heat protection before using any hot tools," Reeves shares. "From there, I added Redken's Oil for All to lock in hydration, help seal in moisture, and make her hair look extra healthy before beginning to blow dry. To give Emily that sleek, shiny look, I continued to layer in Oil for All while blowing out her hair to keep strands hydrated and then used a flat iron to straighten her hair to perfection."

From there, the actress' hair was brushed into a tight ponytail and sprayed with Redken's Triple Take 32 Extreme High-Hold Hairspray to make sure everything stayed put. Reeves finished off by adding in the Miu Miu headpiece.

"[It] was inspired by the iconic actress, Hedy Lamarr, who graced the silver screen in the 1940s with a similar star-studded headpiece," she says.

For makeup, Blunt worked with no other than her go-to girl Jenn Streicher, whom she hosted the launch of SCOUT jewelry store for (founded by Streicher) in Pound Ridge, New York the night prior.

For the 2021 Met Gala, the makeup artist worked side-by-side with Blunt to craft her look. "Honestly, Emily picked all the Chantecaille colors," Streicher says. "She really wanted the lilac color in the crease, she loves that color. And we thought the silver undertones complimented the dress."

However, not everything went as planned, and the pair opted to switch a few things up night-of — and it totally paid off.

"This dress is her most daring, so we wanted to keep her makeup understated but still beautiful and really fun," the makeup artist shares. "Initially we talked about doing a black liquid liner flick, but decided it looked so great without it that we didn't need it."

Eyeliner or not, it was one hell of a gorgeous look.