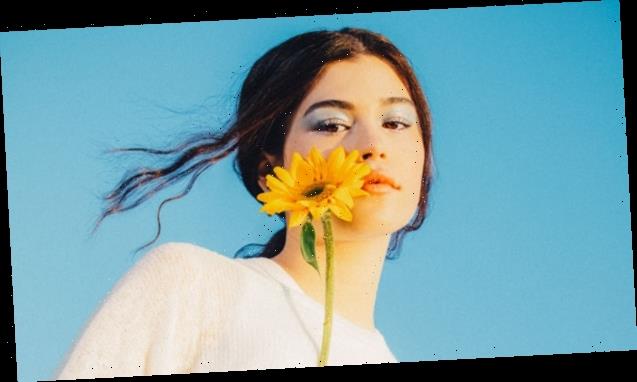 Who says you can’t ever go home again? Singer Dylan Conrique puts heartbreak in her rearview in her ‘Homesick’ video, which she tells HL is her ‘the most personal’ song on her debut EP, ‘Baby Blue.’

Dorothy said it best: there’s no place like home. Dylan Conrique doesn’t have any ruby slippers in her new music video, but she does have plenty of friends to help her forget all about an ex that keeps blowing up her phone. In “Homesick,” Dylan trades Los Angeles for rural Gilroy, California, and the change of scenery is exactly what she needed. While reconnecting with “the old me” and some childhood friends, Dylan delivers a heartfelt slice of pop about how one leaves a little bit of themselves behind when they venture out into the world. Thankfully, that part – and, in the case of Dlyan, some true friends – is waiting there for her whenever she needs it.

” ‘Homesick‘ is the final song on the Baby Blue EP and probably the most personal,” Dylan tells HollywoodLife EXCLUSIVELY. “We were able to go back to my hometown to film this music video which was really important and special for me. I had my friends and family in it and all the scenes are places I used to hang out at while growing up. Being homesick is such a relatable feeling for many and something I definitely experience. But now I get to go home to get inspired again with my songwriting so releasing Homesick is a full-circle moment for me.”

As Dylan says, “Homesick” completes Baby Blue, the debut EP from the singer, actress, and YouTube sensation. The four-song project was released in installments, with a new song being shared with her fans over the span of two months. Previously released songs included “Wasted Makeup,” “Not So Secretly,” and the EP’s title track. She even released a stripped-down version, which showcased her vocal prowess even more.

Though she’s only 16-years-old, Dylan has already had a taste of fame. Growing up in Loomis, California – a small town just outside of Sacramento – her drive would lead her and her family to relocate to Los Angeles. She fell into acting and landed a leading role on a popular YouTube series by Brat TV. Ultimately, she knew she was not destined to be in front of a camera, but behind a microphone. “I would sing all the time when I was a child,” she says. “Like, when I was still in diapers, I was singing, not even knowing what I was saying half the time.”

This love of singing goes hand-in-hand with Dylan finding her own voice online. She’s connected with millions of fans online wither her video series “Not So Secretly Dylan,” offering an unabashed, unpolished, and heartfelt look at her life. She “stopped posting pose-y photos and started just posting whatever I felt like. People like it because I think they’re seeing my personality through these photos,” she adds. “I want to be as honest as I can with them, have some laughs, and talk to them like friends, like family.”

“Homesick” is out now. Get Dylan’s Baby Blue here.