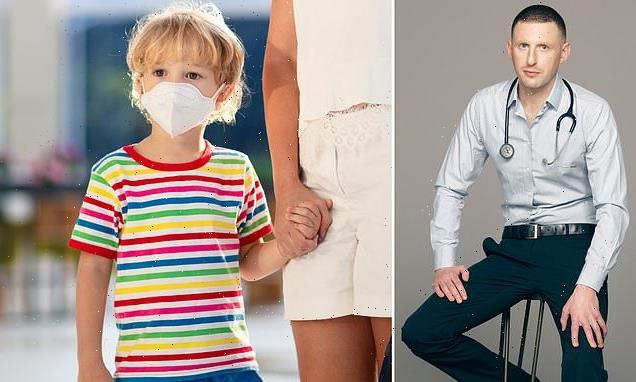 Anxiety. That’s this year’s children’s word of the year, according to research conducted by Oxford University Press. Not laughter, or playtime, or adventure. Anxiety.

Instead, our children have had instilled in them a sense of horror and fear, worry and concern so profound that the word they choose to define an entire year of their precious young lives is ‘anxiety’.

What a dreadful indictment of Project Fear. The scientists and advisers, with their wonky projections and heavy-handed approach to restrictions, have left a nation quaking in fear over death rates that never materialised and hospitals that weren’t overwhelmed. 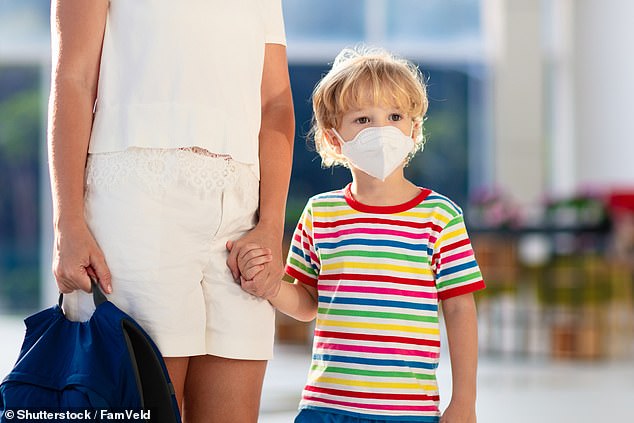 All along, those at least risk —children — had to contend with appalling, damaging disruption to their lives for literally no discernible benefit.

How can those at the helm of Project Fear sleep at night knowing this is what they have done to the younger generation?

Their playgrounds were closed, they were banned from seeing their friends. Their schools shut up shop.

When schools did eventually return, lessons were virtual so they were condemned to staring at a screen for hours on end, day in and day out, in order to learn. That’s if they logged on at all.

Even now they are physically back in the classroom, they must muzzle themselves with masks in the corridors.

I’m particularly furious with the teachers’ unions who should be utterly ashamed of themselves and the way they have played politics with this national crisis.

Rather than focusing on what is best for the children, calling for calm and trying to find ways to ensure children can be supported and keep learning, they’ve weaponised the debate at every turn. I was horrified at the way they obstructed attempts to get kids back in the classroom — the effects this alone had on their education and development will reach far into the future.

It has exacerbated existing inequalities among children as those from wealthier families will have had at least some elements of home schooling, while reports suggest some of the poorest went for months with none at all.

The gap between rich and poor has widened and puts at risk all the social advancements made over the past 50 or so years. And now children don’t have to wear masks in the classroom, some teachers are refusing to follow the government guidelines.

A hundred head teachers wrote to parents last week warning that children must continue wearing face coverings in classrooms, despite there being very poor evidence that masks do any good and a mountain of evidence to suggest how important it is for children’s development to be able to see a face and communicate clearly. 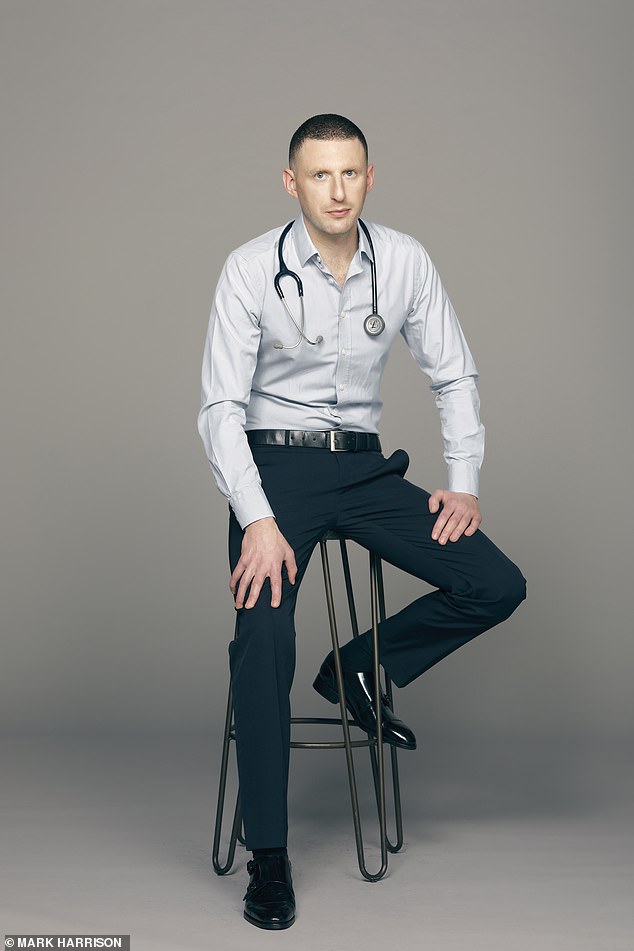 In his latest column, the ‘mind doctor’ NHS psychiatrist Dr Max Pemberton looks at mask-wearing in schools, citing that although the virus has killed people, lockdown has had a tremendously negative impact, and children are suffering most

In fact, I feel so strongly on this issue I think parents should be able to insist their children don’t wear masks in the classroom.

I’m astonished that we have all been so compliant in this regard. Particularly galling is that I, along with others — including many doctors and health professionals — who questioned the sense of a national lockdown and the restrictions that were being put on our lives, were pilloried. I raised concerns about the effect our response to the virus was having on children’s lives, yet I was accused of being callous, uncaring, cruel and wanting people to die.

People said I was reckless, ignorant and unprofessional for merely pointing out that restrictions weren’t without their own set of costs and that children, who are at the lowest risk from the virus, would suffer most.

While there is no doubt the virus has killed people, and its effects have been devastating, lockdown has also had a tremendous negative impact, too. Referrals to mental health services have gone through the roof, particularly for children.

An analysis of data conducted by the Royal College of Psychiatrists in autumn last year found that in just three months nearly 200,000 young people had been referred to mental health services — almost double pre-pandemic levels.

Children became the conduit for all our fear and anxiety. They absorbed our worries and concerns, and goodness knows what this will do to their long- term mental health.

Children have not only been robbed of the stability of school, many will have been in damaging environments — at best unstimulated; at worst, witnessing violence, drug use and abuse.

Just last week, an inquiry was launched to find 100,000 pupils who have vanished. These young people have been dubbed ‘ghost children’ because they have failed to enrol back in school and have apparently disappeared. That’s 100,000 young people who no one can find!

I feel sick to the pit of my stomach to think what has happened to some of these children. I suspect that in years to come we’ll look back on our response to Covid and hang our heads in shame at the way we disrupted our children’s lives.

Stacey is right about stalking 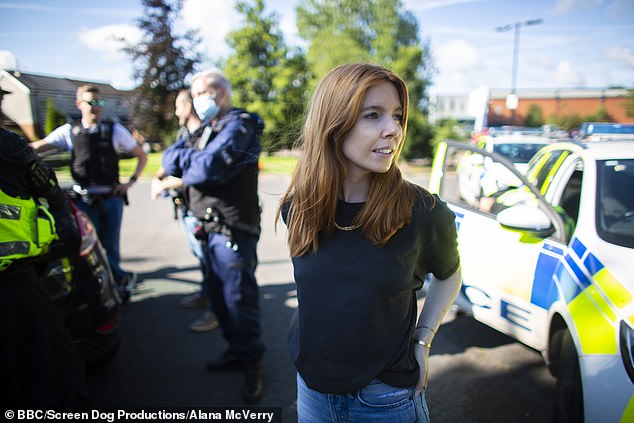 Have you seen Stacey Dooley’s latest BBC documentary on stalking? It makes chilling viewing, especially regarding the mental cost for the victims.

It’s shocking to think that too often the police refuse to pursue concerns until ‘something actually happens’.

They are not interested until the perpetrator breaks the law, such as by breaking into someone’s house — and even then, it’s easy to lump it together with other crimes and not see it for what it is — a symptom of a pathologically intense focus on an individual.

Make no mistake, real stalking is terrifying. It’s not only the fact that it could escalate into something tragic. It’s the emotional toll it takes on the victims. I was stalked by a former patient. 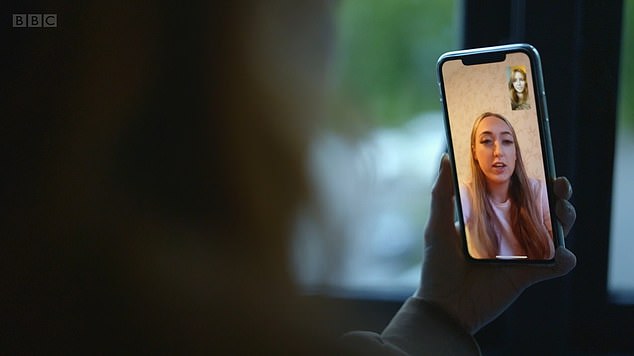 Stacey Dooley’s latest BBC documentary on stalking, pictured. Dr Max says to make no mistake, real stalking is truly ‘terrifying’ because it could escalate into something tragic

She had used social media to find out all manner of things about me and had contacted friends and family members. She had even worked out where I lived. When I told my manager, it transpired that she had stalked another doctor but nothing had been done about it.

It is true that many stalkers have mental health problems but their behaviour can devastate lives. It must be taken seriously by the police and the criminal justice system.

I’ve often thought how ageism is the last bastion of acceptable intolerance. But are things changing? In Milan Fashion Week, Hollywood actors Jeff Goldblum, 69, and Kyle MacLachlan, 62, modelled for Prada, which led some to argue that attitudes towards older bodies are evolving.

Please! Firstly, these two are men — the fashion world is less forgiving when it comes to older women. But I can’t help thinking this is a cynical ploy. Young people are cash-strapped, unlike the older generation. It’s not so much a change in attitudes about the old, rather it’s money talking.

Another study has shown the harmful effects of cannabis. The University of Montreal found it damages memory and decision making. Daily, I see its negative effects on the wards where I work. While there’s an argument to legalise it, be under no illusion that this drug is harmless. 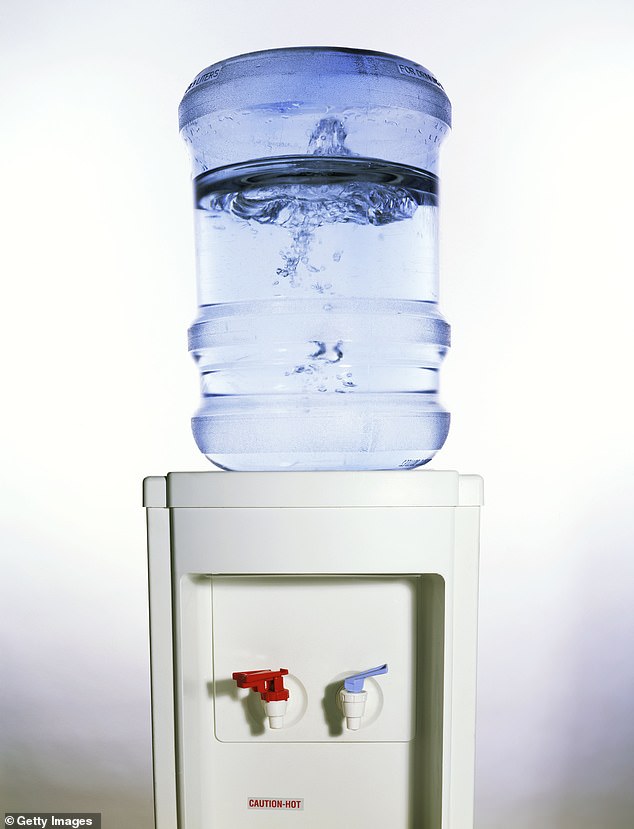 Dr Max Pemberton prescribes a watercooler moment this week, as we return to the office, to start reconnecting with colleagues – to ultimately help our mental health

As we return to the office, let’s do our best to reconnect with our colleagues. Yes, they can be irritating but we are gregarious animals — interacting with each other is incredibly important so we can foster friendships and build trust.

Standing around the water cooler is the modern equivalent of sitting around the campfire, chatting and telling stories. It is about forming connections. This, in turn, is vital for our mental health.