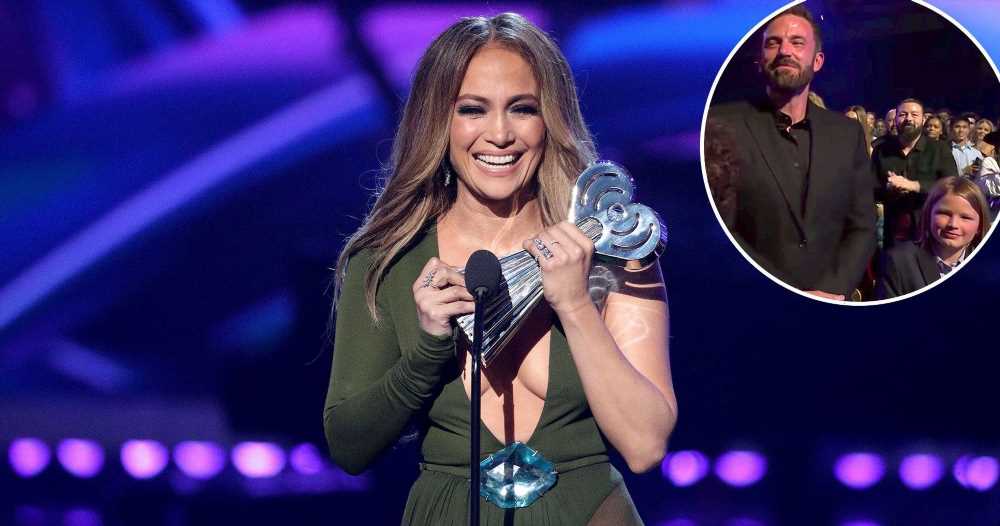 All in the family! Ben Affleck and his son were Jennifer Lopez‘s biggest fans at the 2022 iHeartRadio Music Awards.

The Deep Water star, 49, and Samuel, 10, were all smiles at the ceremony in Los Angeles on Tuesday, March 22, as Lopez, 52, accepted the annual Icon Award. Following a glowing introduction from LL Cool J, the Marry Me actress was overcome with emotion while she thanked fans for their support. Her 14-year-old daughter, Emme, also cheered her on.

“I appreciate this so much, so very, very much,” she gushed on the stage at the Shrine Auditorium. “I wish I could tell you that awards were the most important to me, but that’s not true. And don’t think that I don’t appreciate the shiny, sparkly things, because I do! I cannot lie, everybody knows that I do. But this isn’t why I do this. It’s not what matters most to me. I really do it for you guys.” 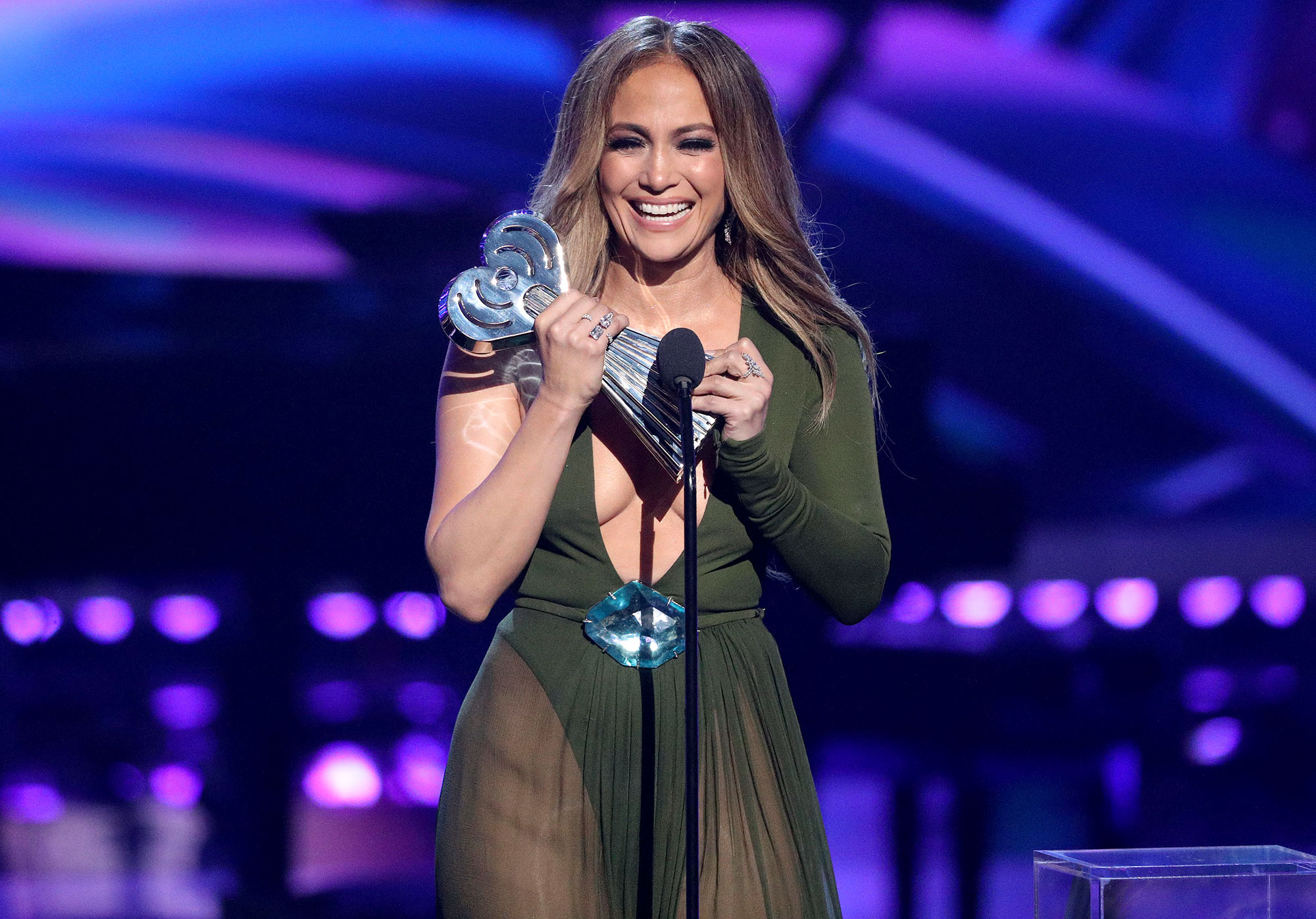 Affleck watched proudly from the crowd as the Grammy nominee continued her speech. “Because of you, I get to do what I love the most in life and that is the most wonderful blessing,” she told fans. “That’s a gift that you give me and I just want to say thank you for that. Thank you to everyone who comes to a show, streams a song, sees a movie, follows me. You guys are the ones who give me the opportunity every day to live a life I couldn’t even imagine would come true when I was a little girl growing up in the Bronx.”

Hollywood’s Broken Engagements: Stars That Didn’t Make It Down the Aisle

Lopez noted that she’d “always be grateful to each and every one” of her supporters who helped her achieve her dreams. “I will never forget it, and I will never, ever take it for granted. So I want to say thank you to every one of you for believing in me when other people didn’t, even when I didn’t. Thank you for teaching me who I really am.”

The “On the Floor” artist teased that she was “just getting started” and revealed what the word “icon” means to her: “I can overcome negativity.” 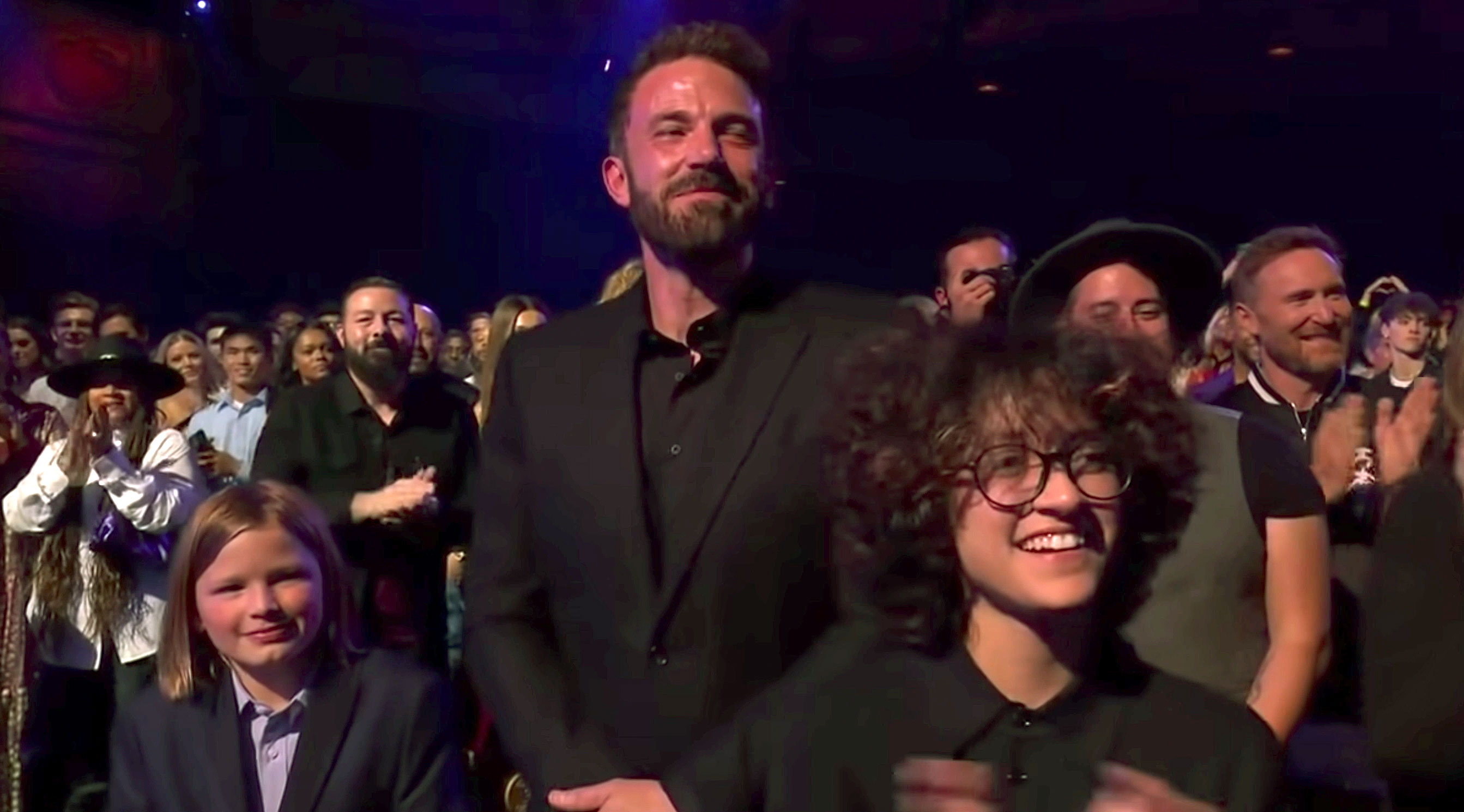 While she didn’t mention Affleck by name, the Gone Girl star gazed up at his girlfriend lovingly during her powerful remarks. Us Weekly confirmed the pair’s romance in May 2021 following Lopez’s split from fiancé Alex Rodriguez — and the Gigli costars have been going strong ever since.

Everything Ben Affleck and Jennifer Lopez Have Said About Their Romance

“I don’t think anybody was more surprised than us,” she told Ellen DeGeneres last month of rekindling her romance with Affleck nearly 20 years after they ended their initial relationship. “You never could imagine something like that could happen. It’s a beautiful thing.”

The twosome were briefly engaged in the early 2000s but called off their wedding days before they were set to tie the knot. In February, Lopez reflected on how things have changed since then.

“I think what we learned from the last time is that love, when you are lucky enough to find it, is so sacred and special and you have to hold a little bit of that privately and that’s what we’ve learned,” she told Today. “But we’re very happy, if that’s what you wondering about.”

Along with Samuel, the Argo director shares daughters Violet, 16, and Seraphina, 13, with ex-wife Jennifer Garner. The former couple announced their split in 2015 after a decade of marriage and finalized their divorce in 2018.

Lopez, for her part, shares twins Emme and Max with ex-husband Marc Anthony.