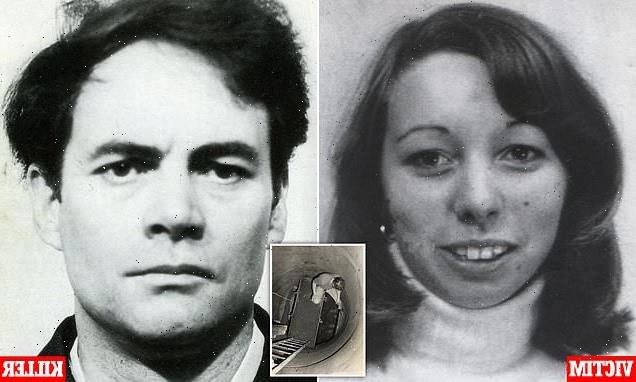 Serial killer Donald Neilson was ‘evil’ but ‘not mad’ when he kept Leslie Whittle, 17, captive in a drain before murdering her, former head of West Midlands Police tells documentary revisiting 1975 case

The chilling kidnap and killing of a 17-year-old heiress, who was snatched from her bedroom in the quiet village of Highley, Shropshire, wearing just a dressing gown, has been revisited in a new documentary where a detective describes her killer as a ‘homicidal maniac’ who was ‘evil not mad’.

Leslie Whittle was forced to climb down a metal ladder into a dark, putrid drain while masked kidnapper Donald Neilson – known as The Black Panther – held a gun to her head in 1975.

The teenager was kept at the bottom of a 54ft ventilation shaft linked to a disused mine in Kidsgrove, Staffordshire for weeks while there were several botched attempts to deliver the money.

Neilson, who had already killed two sub-postmasters and the husband of a sub-postmistress, during 400 Post Office break-ins  over three years, demanded £50,000 in ransom money from Lesley’s parents, who owned a coach company.

But due to a series of bungles from the police, they money was never paid  and six weeks later, in March 1975, her body was discovered hanging from a wire noose her captor had put round her neck to stop her escaping from her underground prison. 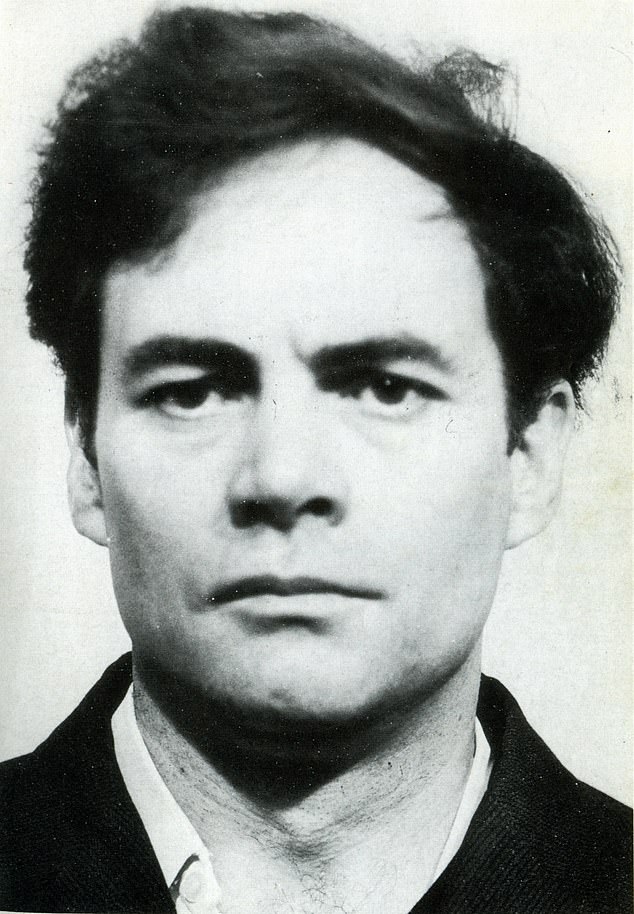 Leslie Whittle was forced to climb down a metal ladder into a dark, putrid drain while masked kidnapper Donald Neilson (pictured) – known as The Black Panther – held a gun to her head in 1975.

She weighed just seven stone and had been starved for the duration of her capture.

The story of her murder has been revisited in a Channel 5 documentary, airing tonight, where  former head of West Midlands CID, John Plimmer explained Neilson was a ‘homicidal maniac’ and ‘evil not mad’.

‘Men like him, they are expressionless, there are no feelings there. They have an objective to achieve and anyone who gets in the way cops it,’ he told Birmingham Live in light of the new documentary.

‘What made the case so difficult was the fact he was a lone wolf.

‘He lived up north and was committing crimes in the Midlands.

‘Most criminals work in their own comfort zones, but he was a lone wolf who was prepared to wander.’

Before capturing Leslie, Neilson committed around 400 break-ins wearing a black balaclava where he became known as ‘The Black Panther’. He earned the nickname after two police officers approached him after he aroused suspicion walking along a street as he prepared for a heist – they described him as having ‘fought like a cornered animal’.

During the break-ins, he killed two subpostmasters and a postmistresses husband. 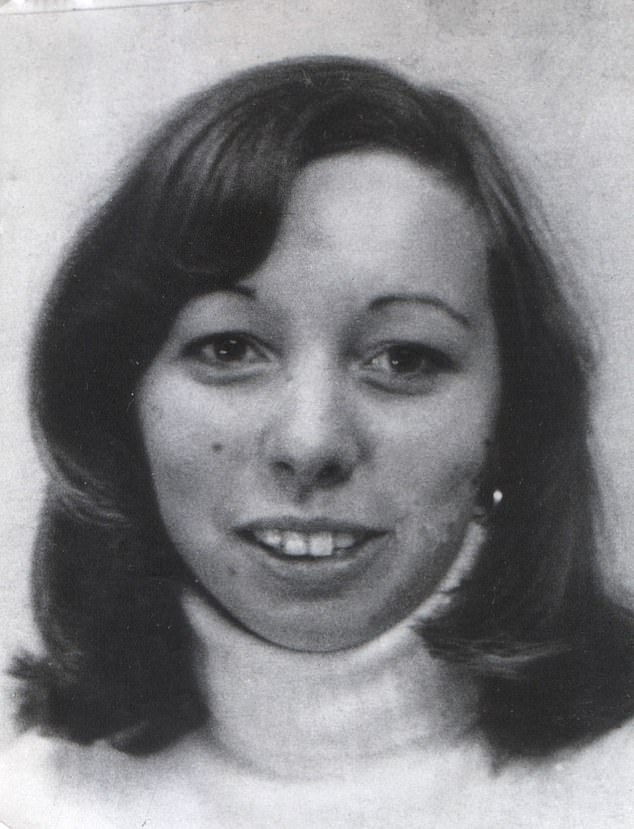 The teenager (pictured)  was kept at the bottom of a 54ft ventilation shaft linked to a disused mine in Kidsgrove, Staffordshire for weeks while there were several botched attempts to deliver the money.

Driven by greed, the former lance corporal, had read about an newspaper article about a spat over Leslie’s inheritance – and calculated the Whittle family could easily afford £50,000 – about the equivalent of £400,000 in today’s money – as Leslie had an inheritance of £82,000.

‘I can remember the lads saying: “We don’t think we are going to get her back”. I don’t think that girl was ever going to escape because she was a witness,’ Plimmet added.

After snatching Leslie from her bedroom,  Neilson took her to an underground prison where he stripped her, put a hood over her head, and tethered her to the shaft by a wire noose.

He then force her to record an 89 second voice message to her mother saying ‘There is nothing to worry about mum. I am OK.’.

Alongside the comments from former police officers and journalists that covered the case, there are also accounts from Neilson’s daughter Kathryn, who is only two years younger than Lesley.

He reveals how he got ‘more angry’ and ‘controlling’ at home during his killing spree. 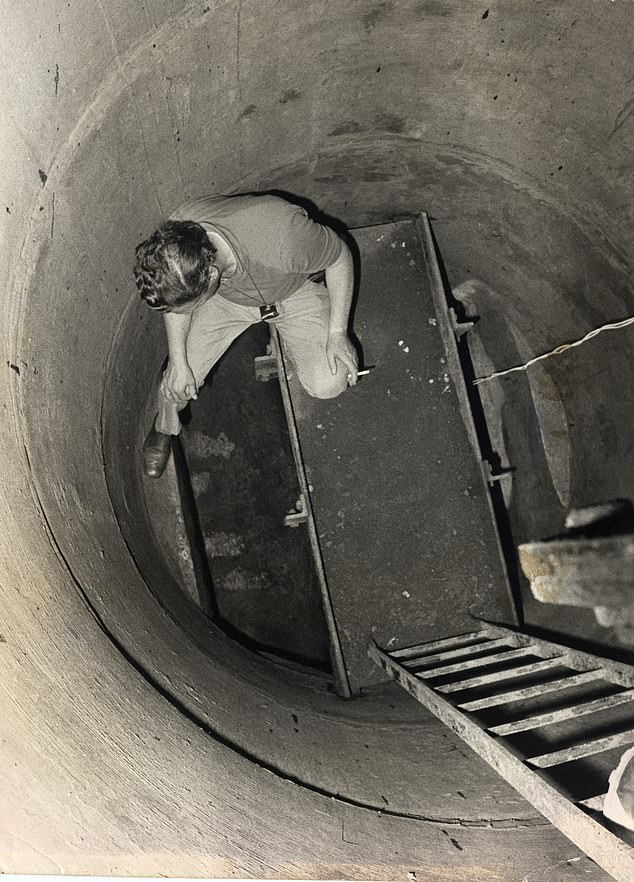 Neilson, who had already killed two sub-postmasters and the husband of a sub-postmistress, during 400 Post Office break-ins over three years, demanded £50,000 in ransom money from Lesley’s parents, who owned a coach company while he kept Leslie in a drainage funnel (pictured)

‘He got more and more moody at home. It was as if he was taken over, his mind and body, by a monster,’

‘I know now why he got so intolerable at home. No one could live normally with the horrors he had on his conscience,’ she added.

While Leslie’s body’s was discovered in March, in wasn’t until December 1975 Neilson was apprehended – 11 months after he snatched the teeneager.

He was discovered only when officers Stuart Mackenzie and Tony White confronted him at a sub-post office in Mansfield, Nottinghamshire, in December 1975 where he was acting suspiciously. Neilson pulled a gun.

Neilson ordered them into their squad car, issuing his tried and tested threat: ‘Any tricks and you’re dead.’

When White saw Neilson momentarily lower the gun he grabbed it and shouted at Mackenzie: ‘Get him.’ 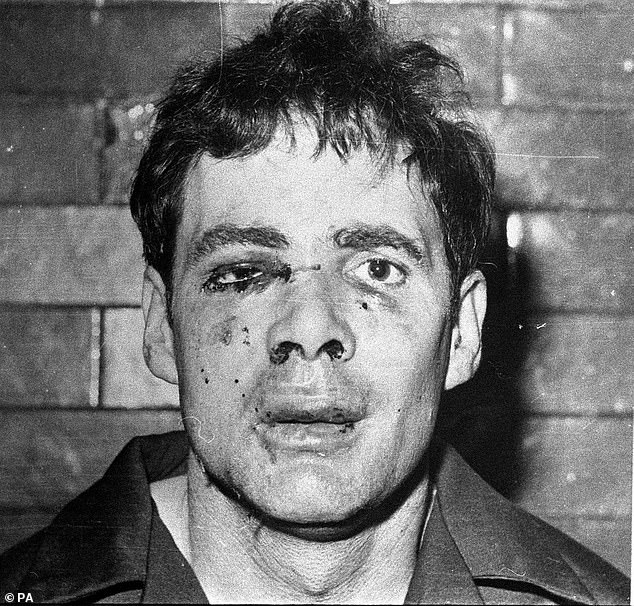 Serial killer Donald Neilson, known as the Black Panther, is pictured after his arrest in 1975

‘The gun went off at the side of my head and I felt a burning sensation from the flash and bang,’ Mr Mackenzie recalls. In the struggle, Neilson was eventually disarmed, overpowered and handcuffed.

The officers thought they had simply encountered the ‘local nutter’ rather than the country’s most wanted gunman.

There was also a model of a black panther, proving that Neilson had revelled in the notoriety of his criminal career.

At Oxford Crown Court, Neilson, who was in the witness box for 19 hours, boasted of his pride in the kidnap ‘operation’, claiming his ‘conscience was clear’ regarding Lesley’s death. 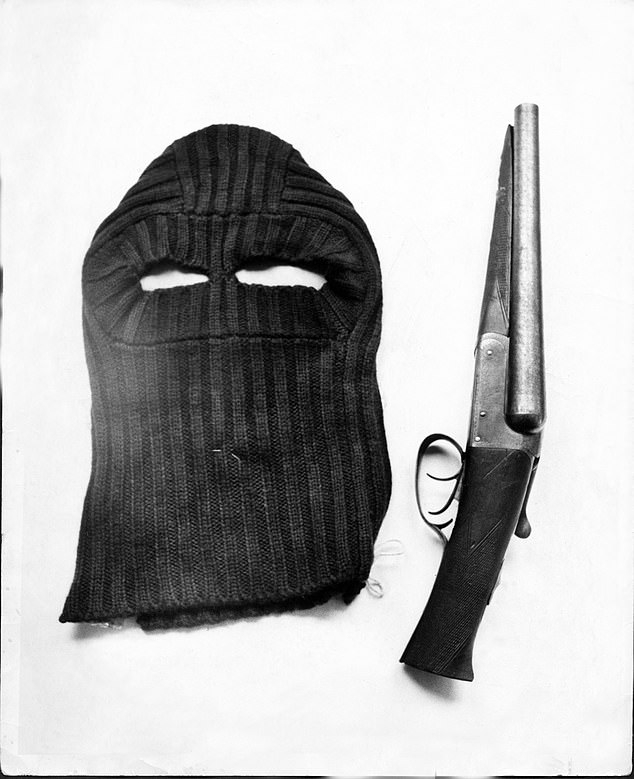 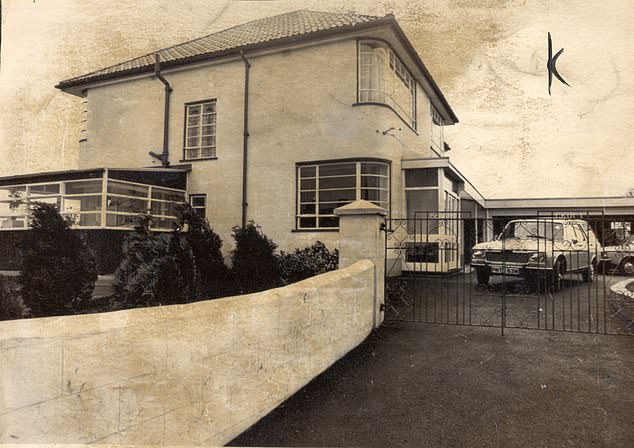 He was in the habit of standing to attention when the judge entered, and addressing barristers as sir.

He described at length how he had considered holding Lesley in a shed, garage or boat, but settled on the maze of storm drains because her cries for help would never be heard and it gave him many escape route options.

He summed up his philosophy when he said: ‘The most important part to me of any crime is to be free at the end.’

His attempts to portray himself as a caring abductor failed.

Wiping crocodile tears from his eyes, he told the court he had given Lesley a copy of Vogue magazine, fish and chips and even a bottle of brandy.

But a post-mortem examination revealed she had not eaten in days. The jury took just two hours to reject his suggestion that the girl fell to her death accidentally. They convicted him of executing his promise to kill her if the kidnap plot failed.

Amid the cheers from the public gallery, Lesley’s mother, who has since passed away, hugged her son as the guilty verdicts were delivered.

Born in Bradford in 1936, Neilson’s real name was Donald Nappey, a name that ensured he was the butt of endless jokes at school, and later in the Army. This was not helped by his diminutive stature — as an adult he stood just 5ft 6in tall.

It was when their daughter, Kathryn, approached school age in 1960 that he changed the family name to Neilson to try to ensure she did not suffer the ‘nappy’ taunts he had endured.

It was during his National Service in Kenya, Cyprus and Aden that he developed a fascination with the regimented and macho lifestyle of the Army.

After he left, at his wife’s persuasion, he foundered — first as a security guard, and then trying to run a taxi business which failed.

He became a burglar — a role, as he saw it, in which he could put his military training to good use.

At the dead of night and wearing black clothes he would break into properties. If he encountered anyone, he would use extreme violence. To Neilson, it felt like an extension of his jungle training.

During the 19 armed robberies he carried out by 1974, he shot dead two sub-postmasters — Donald Skepper, in Harrogate, North Yorkshire and Derek Astin in Accrington, Lancashire.

His third victim was Sidney Grayland, the husband of sub-postmistress Peggy Grayland, who was also brutally battered in Oldbury, West Midlands.

By then he had achieved his dream. He revelled in the fact police considered him a ruthless criminal known only as the Black Panther, a reference to his dress and cunning. It served only to make him more audacious.

A couple of years earlier, in 1972, he had read in a newspaper about George Whittle, the founder of a coach company, who left an estate worth £300,000 (more than £2.4 million today) to his widow Dorothy, son Ronald and daughter Lesley.

For months Neilson prepared to kidnap one of the family: he was regularly seen in training running with a heavy backpack around his home town of Thornbury, Bradford.

He bought a ‘kidnap kit’ of night sights, binoculars and coils of wire; he set up an abduction headquarters in a rented garage in Nuneaton, Warwickshire; and he fitted fake plates to a stolen Morris 1300 which he drove to scout out the Whittles’ home in Highley, Shropshire.

In the early hours of January 14, 1975, he broke into the home and found Lesley, an A-level student, lying naked asleep in her bed.

As he was to later admit, she was the ‘ace’ in his plot.

Pointing a sawn-off Remington shotgun at her he ordered her to get dressed.

Petrified, she put on a blue candlewick dressing gown and slippers before he wrapped sticking plaster around her mouth and eyes and taped her hands together.

After placing a ransom note in the living room he bundled the girl into his car and fled.

The note told the Whittles to await a telephone call at a specific time at a public phone box in a shopping centre. Neilson’s instructions ended: ‘You are on a time limit. If police or tricks, death.’

He then drove 65 miles to Bathpool Park, Staffordshire, where he removed a manhole cover and took his quarry 60ft down the steel ladder of the shaft

Towards the bottom was a 2ft by 5ft steel platform. There he tethered her to a pipe with a 5ft length of wire wrapped and bolted around her neck.

It was there he recorded the girl’s ransom message.

Above the sound of gushing water in the drainage system, her girlish, tense voice was taped saying: ‘There is nothing to worry about, Mum. I am OK. I got a bit wet but I am quite dry now and I am being treated very well, OK?’

By this time her distraught mother and brother had contacted police.

The investigation was handed to Detective Chief Superintendent Bob Booth, who had been awarded an MBE for solving all the 70 murder cases that landed on his desk. This one was to ruin an otherwise unblemished career.

Neilson’s plans began unravelling. He was late phoning the shopping centre and by then no one was there to take the call.

He called their home, played the ransom tape down the line, and gave the Whittles instructions to go to Bathpool Park to await the signal of flashing light.

Lesley’s brother Ronald was fitted with a covert police radio transmitter and went to the park to await the signal. But Ronald turned up an hour late.

By then Neilson had flashed his light erroneously at a couple courting in their car, believing them to be Ronald.

Later a police car unconnected with the case pulled up nearby and an officer stepped out to have a cigarette.

Convinced the net was closing in on him Neilson rushed back down the shaft to his dungeon lair, and pushed Lesley off the ledge to her death before fleeing.

She died from a heart attack due to hanging. Experts believed she would have taken four minutes to die because her neck did not break and she wasn’t strangled.