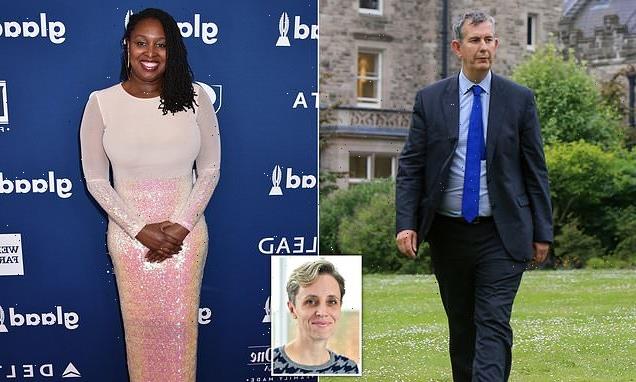 DOMINIC LAWSON: With exquisite irony the religious Right and the Left are united in a war on biology

You would not expect the most socially conservative politician in the UK and the most ‘woke’ on the Left to be of the same mindset. Yet it is so: though both sides would react to such an observation with horror.

Poots had led a coup against the current First Minister at Stormont, in part because her relatively liberal social attitudes (liberal in DUP terms, that is) had offended him and others within the party who adhere to the Biblical literalism of their founding father, the late Rev Ian Paisley. 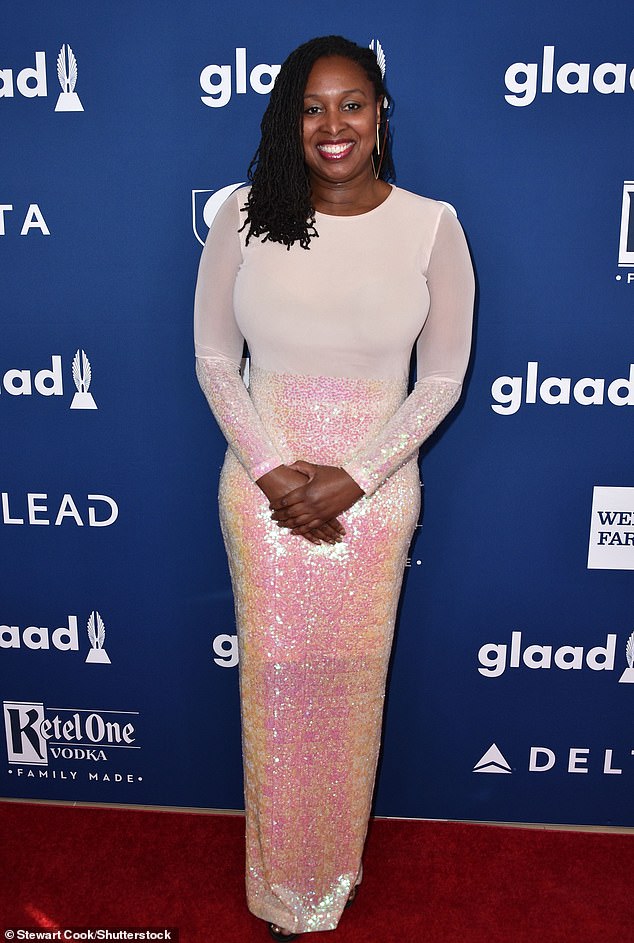 Thus, last year, Labour’s then Shadow Minister for Women and Equalities, Dawn Butler, asserted, amazingly, that ‘a child is born without sex’

That literalism does not just mean that they believe ‘sodomy’ is, no less than murder, one of the sins ‘that cry out to Heaven for vengeance’. Poots is also a ‘Young Earth creationist’.

Or, as he told a startled Matthew Parris in a BBC interview some years ago, he doesn’t believe in evolution, adding: ‘My view on the Earth is that it’s a young Earth. My view is 4000 BC.’

This precise dating comes from the 17th- century Irish Protestant Archbishop James Ussher and is still endorsed by the Free Presbyterian Church of Ulster, of which Edwin Poots is a member.

It is also a handy refutation — as they would see it — of the principles of evolution, or ‘natural selection’, as set out by Charles Darwin in his On The Origin Of Species in 1859: because it denies the existence of the many millions of years required for us to have evolved from our origins as limbless creatures in the primordial swamp (rather than created, in a single day, by God, in His own image).

Darwin himself originally aspired to be a clergyman, and confided to a friend the devastating consequences that his scientific discoveries (covering geology as well as zoology) had for his Christian faith: ‘As soon as you realise that one species could evolve into another, the whole structure wobbles and collapses.’ 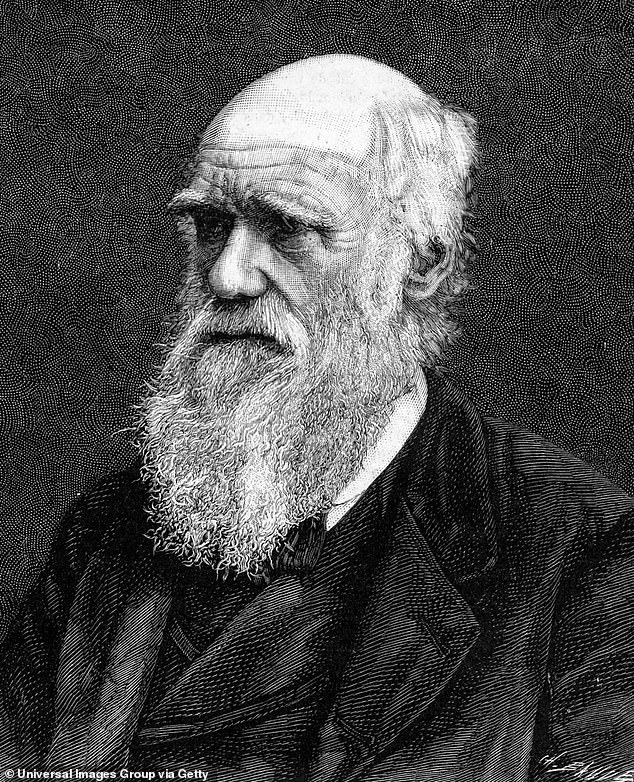 It is also a handy refutation — as they would see it — of the principles of evolution, or ‘natural selection’, as set out by Charles Darwin in his On The Origin Of Species

For example, if we are just an evolved creature, when did we acquire a soul; and how? After all, Christian doctrine still insists that creatures don’t have souls — that only mankind has an essence within us that transcends and defies our biological selves.

Which is where the world according to Poots and that of the most ‘woke’ of the political Left bizarrely overlap.

Specifically, the latter take the view that ‘sex’, in the biological sense, is neither binary nor innate. They see it as a purely social construct.

This enables them to assert that people who believe they are a woman ‘trapped in a man’s body’ are as much women, in every respect, as those born with all the chromosomes that define and produce the female anatomy (including, among other observable phenomena, the cervix).

Thus, last year, Labour’s then Shadow Minister for Women and Equalities, Dawn Butler, asserted, amazingly, that ‘a child is born without sex’.

This goes well beyond matters of ‘gender identification’. I have no difficulty in addressing those chromosomally male but identifying as female by their ‘preferred pronoun’. I have happily done so in meetings with that brilliant American economist Deirdre McCloskey, who was, originally, Donald McCloskey.

But I can’t accept that Deirdre is a woman in the same way as, for example, my mother was — in part because it would, if language has any meaning at all, be biologically impossible for Deirdre to have become a mother.

Across much of the Left now, such an observation is completely unacceptable.

Thus, last year, the Labour MP Rosie Duffield was hounded on Twitter and denounced as ‘transphobic’ when, after the NHS announced that ‘individuals with a cervix are now recommended to start cervical screening at 25’, she ‘liked’ the comment ‘Do you mean women?’

Similarly, the novelist J. K. Rowling has been all but excommunicated by much of the Left after she supported Maya Forstater, a woman sacked by her employer in the UK after she had tweeted such observations as ‘women and children in particular should not be forced to lie or obfuscate about someone’s sex’.

Rowling declared: ‘Call yourself whatever you like, live your best life in peace and security, but force women out of their jobs for stating sex is real? #StandWithMaya.’ 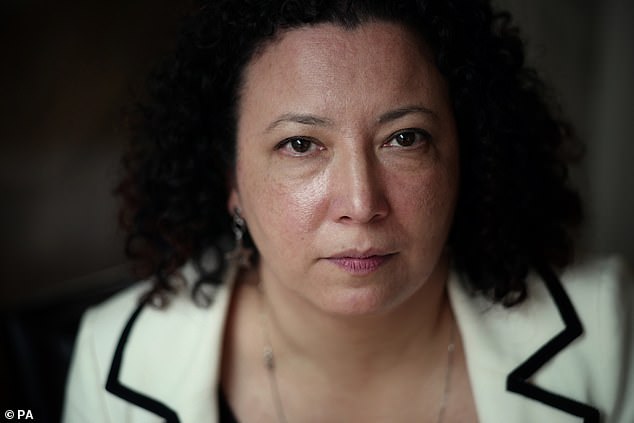 The novelist J. K. Rowling has been all but excommunicated by much of the Left after she supported Maya Forstater, above

Yet an employment tribunal judge, James Tayler, upheld Forstater’s bosses’ right to fire her (even after she had told him she ‘would treat people politely by referring to them by the pronouns they prefer’) on the grounds that her beliefs failed the test of being ‘worthy of respect in a democratic society’.

It is almost as if we have created a secular form of the blasphemy laws, which, in much earlier centuries, would have similarly punished those who stated that God didn’t exist, or that there is no such thing as ‘the soul’.

Many people, then, would indeed have been hugely offended by such assertions, just as Maya Forstater’s senior colleagues at the Centre for Global Development were offended by her remarks (or, perhaps, just worried that they would cause trouble for the organisation).

This tendency is especially strong within the academic world. Last week, it was reported that Lisa Keogh, a law student at Abertay University in Dundee, faced expulsion because she had said that women were born with ‘female genitals’ and had ‘raised concerns about a trans woman taking part in mixed martial arts bouts’.

Apparently, her tutor muted her in a virtual seminar when she expressed concern about the unfairness of male- bodied athletes competing against ‘natal’ females — which, by the way, is a view also expressed by Caitlyn Jenner, formerly the Olympic athlete Bruce Jenner. 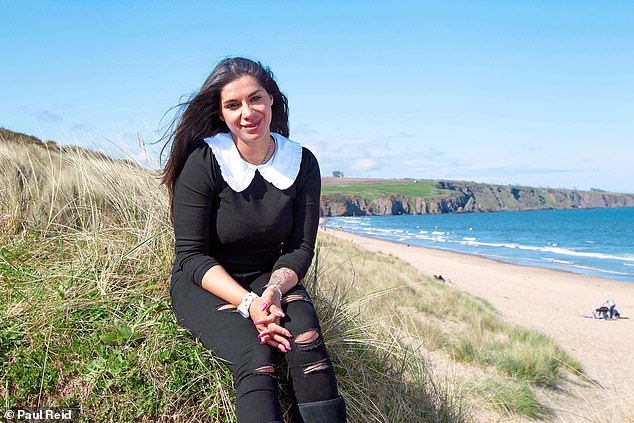 Lisa Keogh, a law student at Abertay University in Dundee, faced expulsion because she had said that women were born with ‘female genitals’ and had ‘raised concerns about a trans woman taking part in mixed martial arts bouts’

To face expulsion from a seat of learning for stating biological facts is, as the SNP MP Joanna Cherry pointed out, an extraordinary development.

It recalls how those with positions in Church-backed academic institutions in the 19th century faced loss of tenure when they supported Darwin.

That this now seems to make the socially most reactionary and the most radical behave in the same way was first pointed out by the American evolutionary biologist Colin Wright, in an article for Quillette magazine entitled The New Evolution Deniers.

Defending the inconvenient truth that there are evolutionary sex-based explanations for human behaviour, he wrote: ‘When evolution was under attack from proponents of Biblical Creation, academic scientists were under no pressure to hold back criticism. This was because these anti-evolution movements were almost exclusively a product of Right-wing evangelicals who held no power in academia.

‘Now we have a much bigger problem because evolution denialism is back, but it’s coming from Left-wing activists who do hold power in academia.’

One academic who has also come under attack for insisting on what we might describe as ‘biological reality before ideology’ is Professor Kathleen Stock, an analytic philosopher at Sussex University. She has just published a book called Material Girls: Why Reality Matters For Feminism.

In it, she writes of ‘unusually virulent and personalised attempts to smother my public writing on sex and gender’. 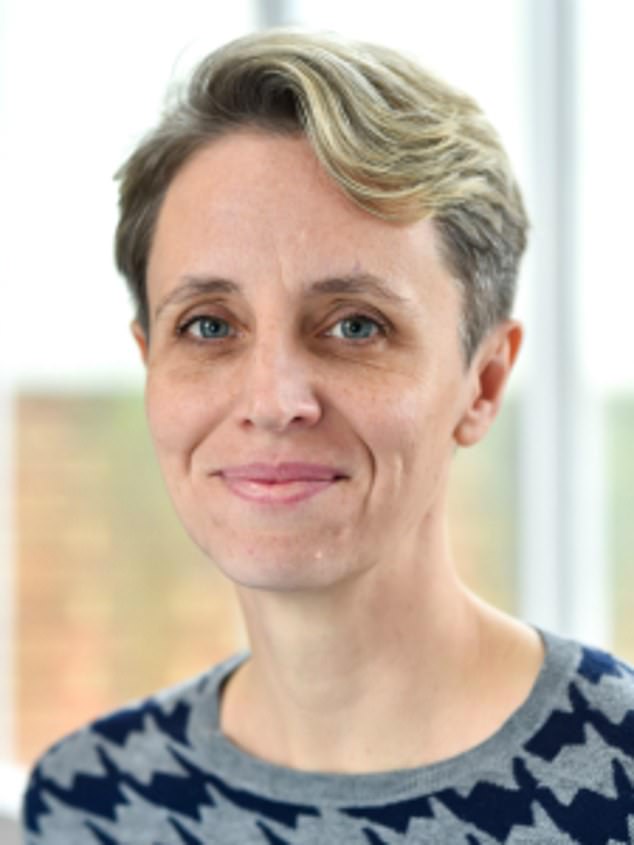 In the wake of Edwin Poots’ ascendancy to the leadership of the DUP, I called Professor Stock to ask her if she shared my view of the peculiar similarity between the Creationists and those who claim that biological sex is a mere social construct.

She enthusiastically agreed: ‘Yes, the idea of a non-biological reality — who I really am — it’s like the soul: the essence of you, in opposition to the animal reality of human existence.

‘There is something of the religious impulse in this, and something pulses through it which appears to be an absolutist morality that cannot be questioned. And if you do, you are damned.’

As Professor Stock has been.

The new DUP leader’s creationism will be of no great significance, in the sense that it won’t determine policies. The flight from biological reality on the part of the Left, however, is a genuine problem for the Labour Party.

As Tony Blair observed in the wake of its defeat in the Hartlepool by-election: ‘A new-fashioned social/cultural message around extreme identity politics . . . for large swathes of people, is voter-repellent. A progressive party which looks askance at . . . J.K. Rowling is not going to win.’

Maybe not. But in the meantime, the war on biological reality continues.