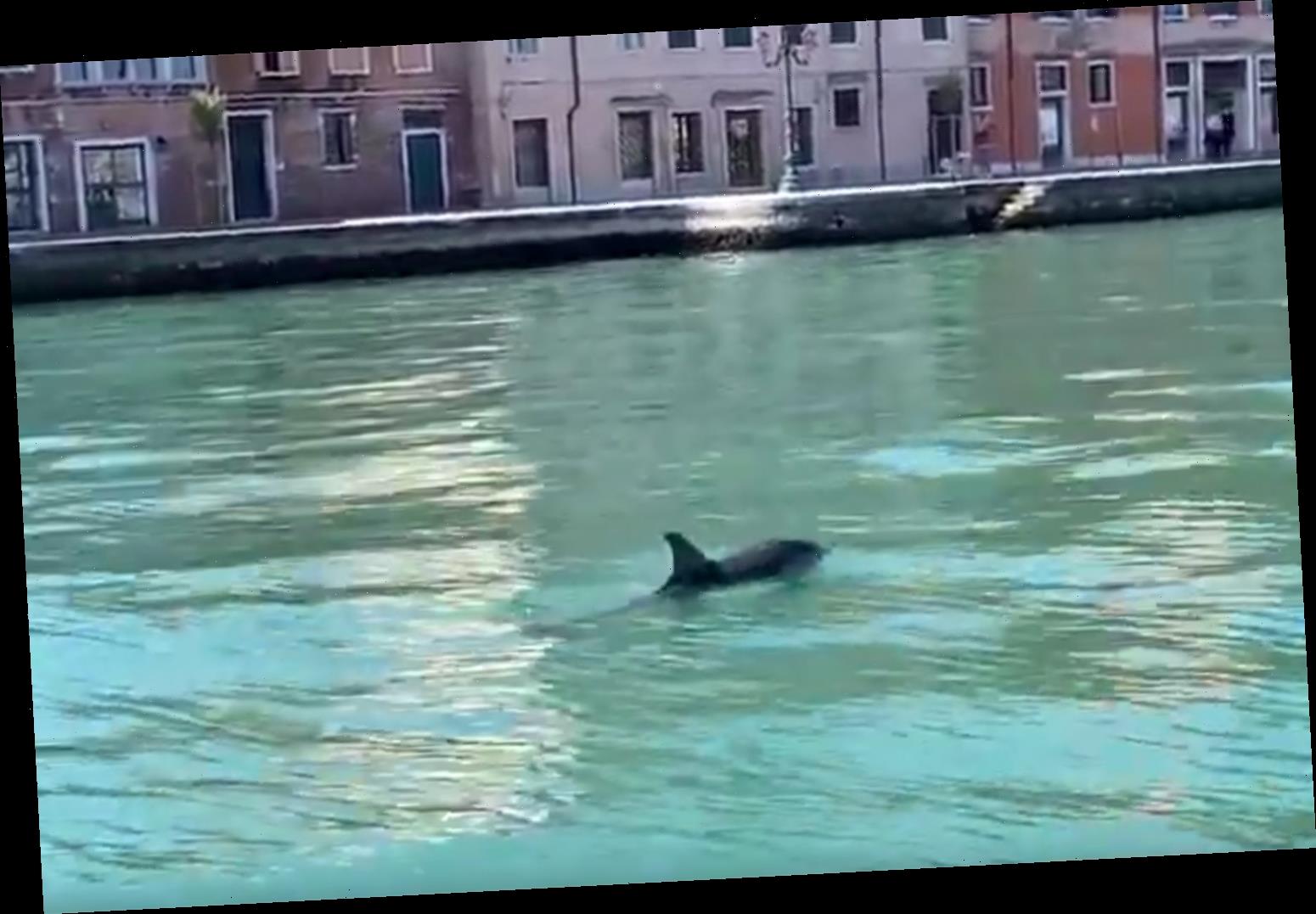 A pair of dolphins recently made splash with locals in Venice, Italy, when they were spotted swimming in the city's famous Grand Canal.

The porpoises, believed to be an adult and a juvenile striped dolphin, were seen making their way along the channel on Monday morning, according to CERT, an emergency response team operating out of around the Mediterranean Sea that rescues stranded marine mammals.

In a translated Facebook post about the rare sighting, the organization said it took local authorities more than two hours to guide the dolphins back into open waters after they became "disoriented" swimming between passing boats on the canal.

"It was important to remove the two animals in obvious difficulty from the intense traffic area and this took more than two hours," the post read. "After an hour of further monitoring, the animals have no longer been spotted and hopefully, given the wide horizon towards the open sea, they'll be able to return to sea again."

The group added that it's unusual for striped dolphins to wander into the northern Adriatic Sea as the subspecies "prefers deep waters where they live in large groups."

Guido Pietroluongo, a field scientist who works with CERT, told CNN that the dolphins could have lost their way while trying to find food.

"They could have been following prey in the mid-Adriatic, pushed north and suddenly found themselves in Venice," he said.

Still, the visit gave locals a bit of joy while the city is in lockdown amid the COVID-19 pandemic.

Luca Folin, who shot a video of the dolphins that later went viral online, called the experience "beautiful and rare moment … at a sad time."

"I uploaded it to social media without thinking it'd go around the world," he told CNN. "To be honest, I posted it to give a nice greeting to my fellow citizens in such a sad year — but having the video go viral is nice because it means I've made others smile."