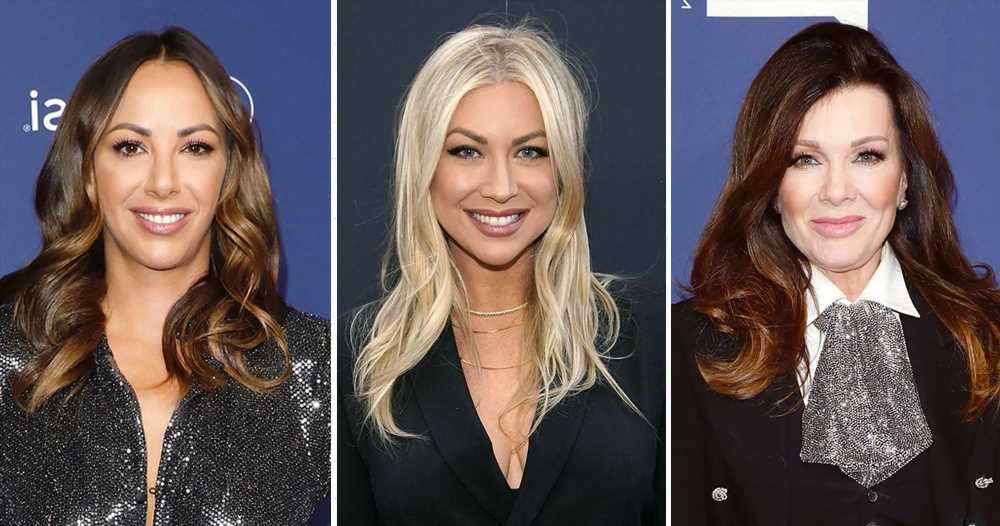 A second chance? After Stassi Schroeder and Kristen Doute were let go from Vanderpump Rules for past racially insensitive remarks, Lisa Vanderpump revealed that she hoped her former costars could have returned for the show’s upcoming ninth season.

‘Vanderpump Rules’ Season 9: Everything We Know

“I would have preferred to chastise them and see them learn from their mistakes as we’ve seen so many youngsters do on the show,” the Real Housewives of Beverly Hills alum, 61, told Page Six on Monday, October 11. “But that was Bravo’s decision.”

The SUR owner continued, “I always want to see growth and I would love to have seen them stay here and work it out. It was really a sign of the times. Everybody [had] a lot of reactive decisions.”

While the Bravo personality often butted heads with Doute, 38, on the show, she still “misses” both her and Schroeder, 33.

‘Vanderpump Rules’ Stars Who Left the Series: Where Are They Now?

Schroeder and Doute were axed from the Bravo series in June 2020, at the end of season 8, after their past comments about former costar Faith Stowers resurfaced online. Bravo newcomers Max Boyens and Brett Caprioni were fired for using racial slurs in old tweets.

“Bravo and Evolution Media confirmed today that Stassi Schroeder, Kristen Doute, Max Boyens and Brett Caprioni will not be returning to Vanderpump Rules,” the network said in a statement to Us Weekly at the time.

Earlier that month, the Next Level Basic author and the He’s Making You Crazy writer came under fire after Stowers, 31, claimed that the women had falsely reported her to the police in 2018 for a crime she did not commit. The two original cast members have since apologized amid the backlash.

“Racially insensitive comments from my past have resurfaced,” Schroeder wrote via Instagram at the time. “It is important that I continue to take accountability for what I have said and done, while pushing myself to do better. I have grown significantly from the person I was then, and I am still filled with remorse and regret for the hurt I caused. I am grateful for the people in my life that continue to check me and push me to evolve into a more educated person.”

While they’re no longer working together, the restauranteur recently told Us that she had a friendly run-in with the New Orleans native, who welcomed daughter Hartford with her husband, Beau Clark, in January.

“I actually ran into [Schroeder],” the Dancing With the Stars alum exclusively revealed in August. “I did say, ‘Yes, I called you back and I’ve called you and reached out to you.’ … She was very friendly.”

The England native even noted that she wished the four terminated cast members “well.” Telling Us, “I also think they needed to learn a lesson about, you know, respecting other people’s point of views and having empathy and looking at other people’s lives, not just through their own lens. Personally, I think a lot of people need to learn that.”