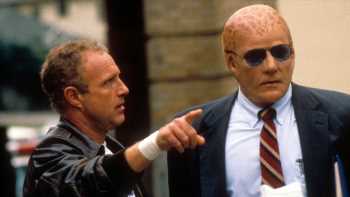 Fox signed director Jeff Nichols in 2016 to write and direct the project. That deal was announced two days before Nichols’ “Loving” premiered at the Toronto Film Festival. Nichols was re-teaming with “Loving” producers Brian Kavanaugh-Jones and Sarah Greene for the new “Alien Nation” movie.

The original “Alien Nation” was set in Los Angeles after 300,000 members of an enslaved alien race — the Newcomers — landed in the Mojave Desert. James Caan starred as a police officer partnered with an alien, played by Mandy Patinkin.

“Alien Nation,” produced by Gale Anne Hurd and Richard Kobritz, was a moderate success with a $25 million gross. Fox launched a spinoff TV series, starring Gary Graham and Eric Pierpoint, which ran for 22 episodes during the 1989-90 season before it was canceled.

The “Alien Nation” movie project is being put on hold rather than being put into turnaround, three months after Disney completed its $71.3 billion acquisition of much of 21st Century Fox’s film and television assets.

Disney closed down the Fox 2000 label in March. In April, Disney ditched Fox’s motion-capture picture “Mouse Guard” a few weeks before the start of production. Idris Elba, Andy Serkis, Thomas Brodie-Sangster and Sonoya Mizuno had been signed to star.