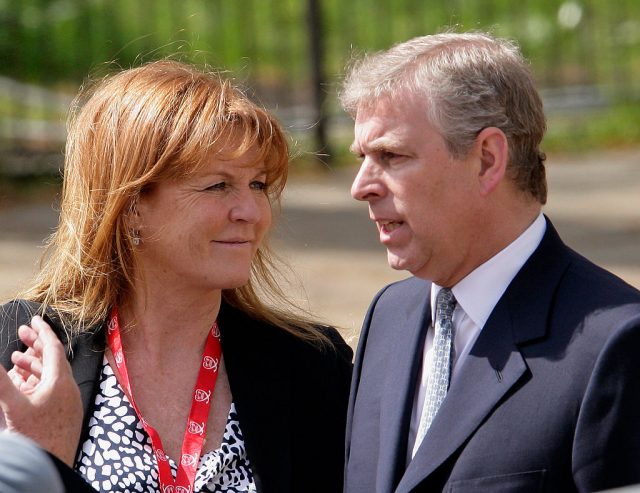 Princess Eugenie of York, 29, may have quietly shut down rumors about her parents, Prince Andrew, and Sarah “Fergie” Ferguson, the Duke and Duchess of York, both 59, who have been divorced since 1996. Keep reading to learn how Princess Eugenie casually put rumors to rest about the status of her parents’ relationship.

Prince Andrew and Fergie met in 1985 thanks to Princess Diana, who invited the now-Duchess of York to a royal event where she and the now-Duke of York hit it off. The following year they announced their engagement and got married in a grand ceremony at London’s Westminster Abbey on July 23, 1986.

Years later, Fergie would say she and her husband were “so in love” they ignored pleas from those around them not to kiss on Buckingham Palace’s balcony on their wedding day.

Did Princess Eugenie shut down rumors her parents are back together?

Princess Eugenie, who is among the few members of the British royal family with their own personal Instagram account, wished her parents a happy anniversary by posting two pictures from their wedding day on July 24, 2019.

Here’s what Princess Eugenie wrote in the caption:

“Who else has ever forgotten to congratulate their parents on their wedding anniversary!

I’m a day late but I wanted to celebrate my parents getting married 33 years ago…Thank you for always being the best of friends and bringing us up together,” she wrote, tagging her parents’ Instagram handles and using the hashtag, “wedding anniversary.”

While Princess Eugenie showed how relatable she is by wishing her parents a happy anniversary a day late — because who hasn’t done that before? — but she subtly hinted at the status of her parents’ relationship referring to them as “always being the best of friends.”

As of late, there’s been speculation surrounding Prince Andrew and Fergie’s relationship because they’ve been seen together at a number of royal engagements including Princess Eugenie’s royal wedding to Jack Brooksbank in October of 2018, looking friendly.

Typical of the British royal family, they don’t address rumors, but Fergie released a statement about the status of her relationship with her ex-husband saying they weren’t romantically involved but that didn’t do much to quell rumors.

“The duke and duchess remain good friends as they have been for many years, and nothing has changed,” a spokesperson said in a statement on behalf of the duchess.

In an interview with Hello!, Ferguson confirmed the public’s theory that she and Prince Andrew are more than friends…well, sort of.

“We work in unity and Andrew and I are focused on being good parents together. We are bigger than friends,” she said. “We learn from each other, support each other and understand it’s about communication, compromise, and compassion.”

Ferguson and Prince Andrew’s rapport is unusual considering the Duke of York’s naval career meant he’d be away from home, leaving the Duchess of York to raise their kids largely alone. Not to mention the scandals the couple endured including the time an undercover reporter captured video footage of Fergie agreeing to provide interview access to her ex-husband for a large sum of money and her infamous 1992 toe-sucking incident.

Whether or not they’re romantically involved, the Duke and Duchess of York, remain on excellent terms and will continue to work together to be the best parents they can be for their daughters.