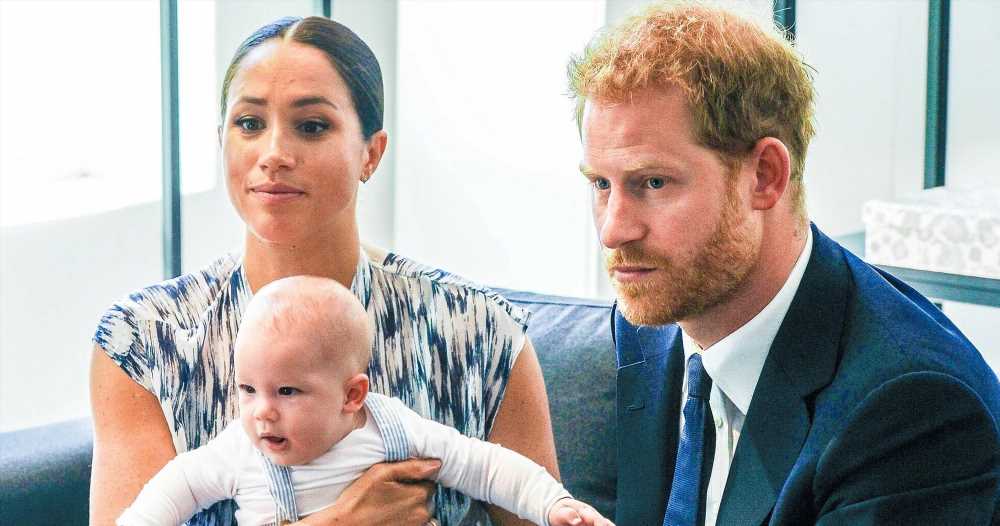 To receive a title or not to receive one? While there was plenty of speculation if Prince Harry and Meghan Markle’s children would receive titles from Queen Elizabeth II upon their births, the royal couple made it clear that they were not interested in one specific honorary title.

“[Archie] could have taken the title [of] the Earl of Dumbarton, which is an honorary title, but [Harry and Meghan] decided against that because they felt that the word ‘dumb’ in the word ‘Dumbarton’ would have been used as mockery when Archie went to school,” royal biographer Andrew Morton exclusively told Us Weekly while promoting the re-release of his Meghan and the Unmasking of the Monarchy: A Hollywood Princess book, noting the sensitivity of the military veteran, 36, and the Suits alum, 40. 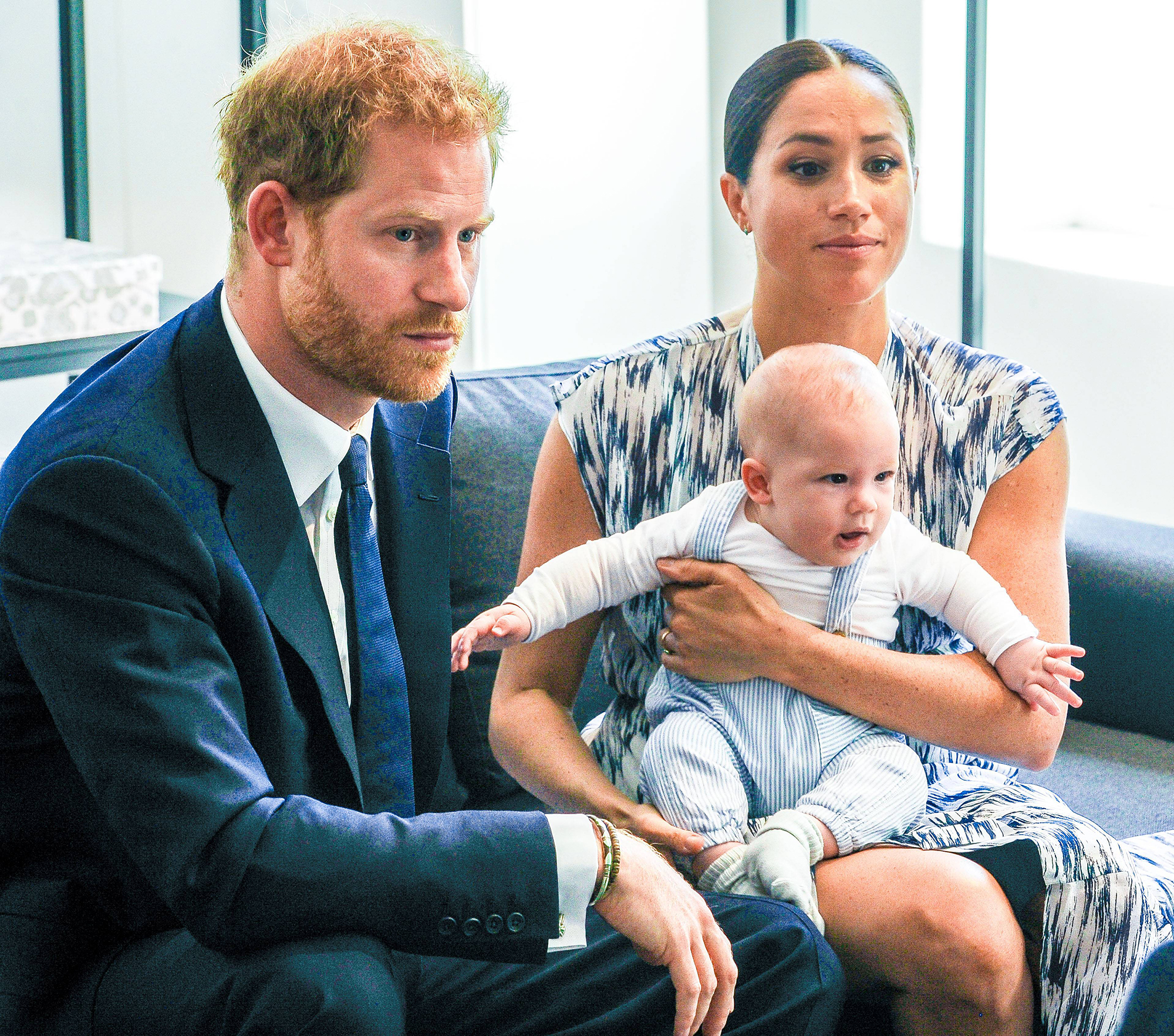 “And again, it shows you their sensitivity to image,” Morton, 68, added. “Which is something, you know, somebody was saying to me [that] the other day that they contacted team Sussex and the first question [the Sussexes] asked was ‘What pictures are you using?’ And that person thought, ‘That’s everything you need to know about the Sussexes.’”

The Diana: Her True Story in Her Own Words author further noted that the California residents made it “perfectly clear” that they didn’t want Archie, 2, to have a title, instead hoping he would be able to decide if he wanted one when he was older.

Everything Prince Harry, Meghan Markle Have Said About Raising Archie

“Then we get into the whole business of whether or not a member of the Royal family talked about the color of the skin of Archie, whether that was graduated, the darker the skin, the less the protection and the less likely of getting a title,” Morton said. “There was, as they both were well aware of, no chance of getting a title until Prince Charles takes over because they’re only given the title of prince or princess [as] the son or grandson of the reigning sovereign and Archie was a great-grandson of the reigning sovereign.”

After Harry and the Dater’s Handbook actress welcomed Archie in May 2019, he was not given a title, which Buckingham Palace believed was keeping in line with royal tradition.

“The palace says it’s nothing to do with race,” a source exclusively told Us in March. “Under royal protocol established by King George V, only those in the direct line of succession to the throne get the titles [of] prince or princess.”

During the couple’s tell-all CBS interview later that month, the Northwestern University alum clarified her comments about not giving Archie a title nor the personal protection officers that typically come with a title. 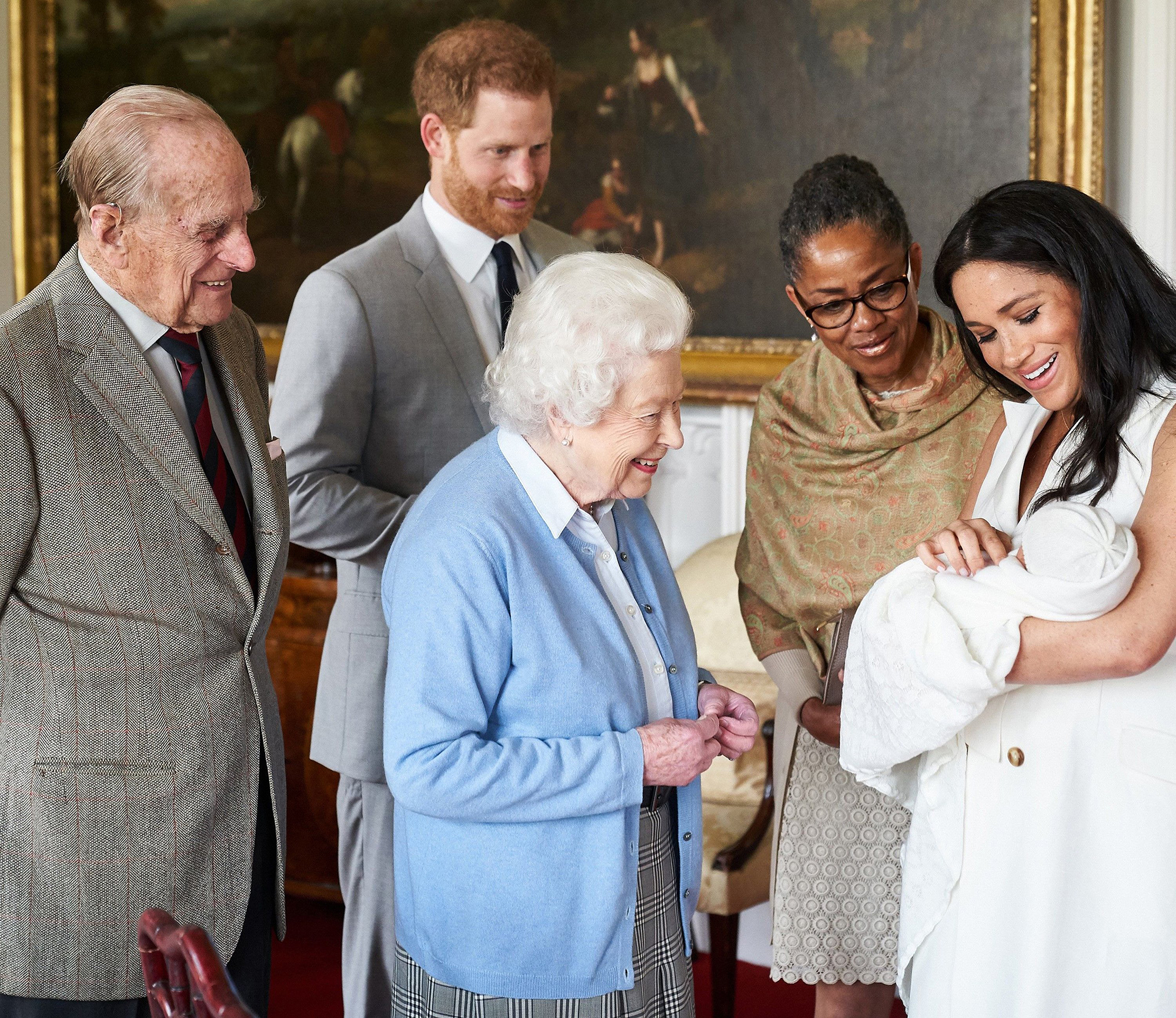 “They didn’t want him to be a prince or a princess, which would be different from protocol,” Markle claimed at the time, noting that meant their little one would also not be given security. “It was really hard. … This went on for the last few months of our pregnancy where I’m going, ‘Hold on a second. How does that work? If he’s not gonna be a prince, he needs to be safe.’”

A Breakdown of the Royal Line of Succession

During the interview, the California native explained that she and the BetterUp Chief Impact Officer were given “no explanation” for the decision, adding, “I heard a lot of it through Harry and other parts through conversations with family members. It was a decision they felt was appropriate.”

Morton’s Meghan and the Unmasking of the Monarchy: A Hollywood Princess biography was re-released on Tuesday, October 19, and he noted what readers can expect from the new edition.

“I mean, when you do a paperback based on a hardback, you [usually add an expansion of] about 500 words and then that’s it, this was [an additional] 30,000 words because when you look at everything that’s happened, [it] has happened just about since the wedding,” Morton said of his book additions. “So I left her poised to walk down the aisle, and then I picked up the story with her walking down the aisle without her father [and] with Prince Charles. So, in a way, it’s taken the narrative of her life from before she married Prince Harry to today in a palace in Montecito, California.”

He added, “I have to say it’s been an astonishing journey and I don’t think anybody would have predicted the outcome of what’s happened over the last three years.”