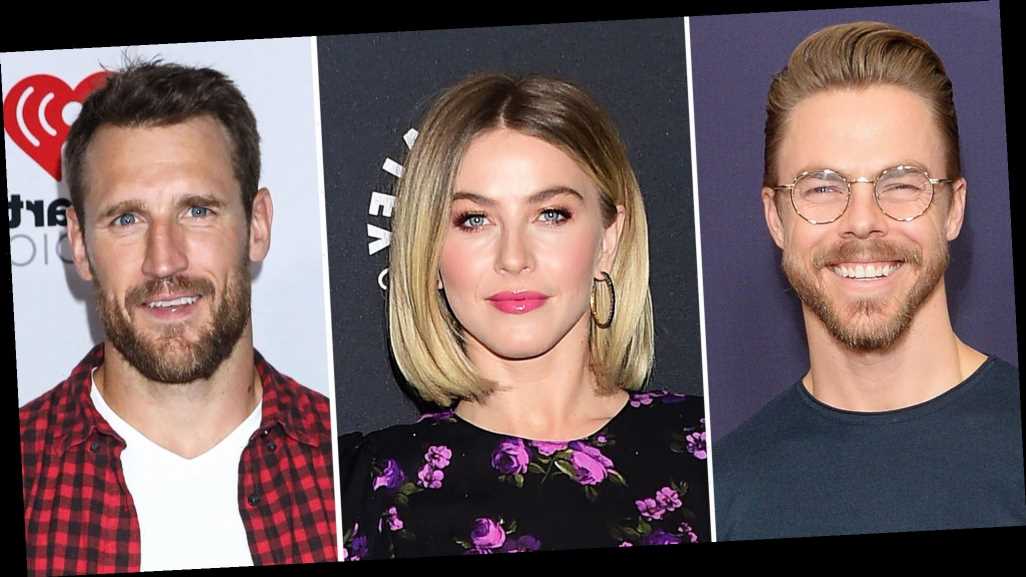 Brotherly support. Derek Hough has nothing but love for sister Julianne Hough and her husband, Brooks Laich, amid the couple’s reconciliation.

Julianne Hough, Brooks Laich: Signs They Were Headed for Split

“For anybody that you love and that you care about, that’s all you want. You just want people around you to be happy and to support them in any way you possibly can and to serve them,” the Dancing With the Stars judge, 35, exclusively told Us Weekly on Friday, October 2, while discussing his participation in Frank’s RedHot Thick Sauce #DippingDanceChallenge. “And that’s really the key. For me, whenever I’m at my happiest is when I’m helping others or serving others. And sometimes I could just be holding a space for somebody and that’s it.”

He added: “I think that’s what we all want, right? We just want all of our family, we want all of our friends and everybody to be happy. And then if we can help that, then we’re happy to do it.”

Us confirmed on Wednesday, September 30, that Julianne, 32, and Laich, 37, are trying to make their marriage work after announcing their separation in May.

“Julianne and Brooks are giving things another shot,” a source revealed. “They’ve both done a ton of soul searching, had plenty of time and space to reflect and ultimately concluded that there’s too much love there to let it go.”

The pair still have “some lingering doubts and issues they need to work through, including Julianne’s desire to still have freedom when she needs it, and Brooks’ need for reassurances that she doesn’t have one foot out of the door still,” the insider noted.

However, things are looking up. “They’re taking it step by step, enjoying each other’s company enormously, and it’s gratifying to both of them that the old spark between them never really went away,” according to the source.

Julianne Hough and Brooks Laich: The Way They Were

The insider added that Julianne and Laich “hit the pause button” on their relationship over the summer but “now it’s looking good in terms of a full-blown reunion.”

I don’t know about you guys, but I love a good end zone dance. Here’s my version of a partner #DippingDancewith my wings covered in @FranksRedHot Thick Sauce – Love me some hot Sauce 🔥#frankspartner

“I’m just putting those dance moves on tape a little bit and sharing them with everybody and encouraging people,” he told Us on Friday. “That’s the thing too. In anything and everything I do, my whole M.O. is to encourage people to move, you know, to get people moving, get people having fun. And that’s the other thing too is, having some fun, having some joy, having some light right now, I think that — as simple as something like dancing in the house for no apparent reason — to me is important, especially given the time [amid the coronavirus pandemic]. It just brings some joy and a change of that mood, and the fastest way to do that is by dancing. By moving.”

With reporting by Kayley Stumpe