The closely watched trial of Derek Chauvin, the former Minneapolis police officer charged with murder and manslaughter in George Floyd’s death, entered a key phase Monday as the prosecution and defense delivered their opening statements.

Both sides focused on the cause of Floyd’s death in their remarks, taking vastly different positions on the matter. In his roughly one-hour opening statement, attorney Jerry Blackwell, who is assisting with the state of Minnesota’s prosecution, dismissed a claim pushed by the defense that drugs played a major role in Floyd’s death.

“He looks absolutely nothing like a person who died from an opioid overdose,” he added.

Blackwell argued that Floyd would not have been communicating during his arrest were he suffering from a drug overdose at the time. Instead, Floyd’s death was a direct result of Chauvin’s use of force, he said. 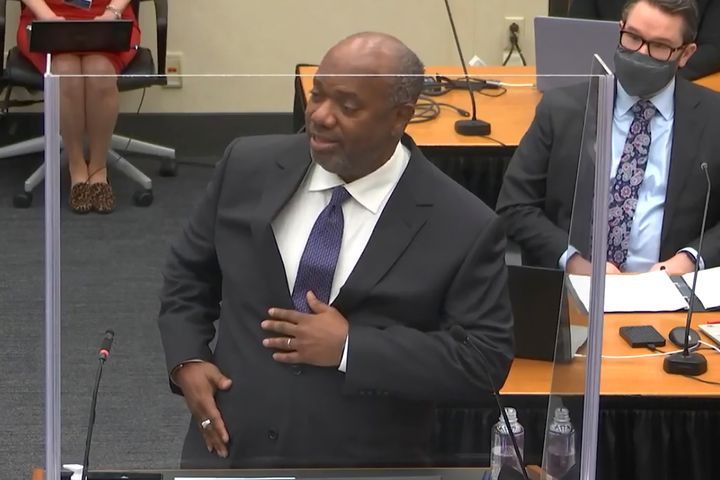 Two autopsies ― one conducted by county officials and the other commissioned by Floyd’s family ― separately classified Floyd’s death as a homicide. However, the autopsy reports, which were both released last June, differed on the exact cause of death.

The Hennepin County Medical Examiner’s Office said in its report that Floyd died of “cardiopulmonary arrest complicating law enforcement subdual, restraint and neck compression.” The report also noted that fentanyl and methamphetamine were found in Floyd’s system upon his death.

Chauvin’s attorney, Eric Nelson, took roughly 30 minutes to deliver his opening statement, in which he urged the jurors to use “common sense” and “reason” while listening to witnesses and reviewing the evidence.

Nelson argued that the evidence showed Floyd died of “cardiac arrhythmia that occurred as a result of hypertension, coronary disease, the ingestion of methamphetamine and fentanyl and the adrenaline flowing through his body.”

Floyd, 46, died on May 25, 2020, after three police officers, including Chauvin, pinned him facedown on the ground outside a convenience store. Store clerks had called 911 minutes earlier and accused Floyd of using a $20 counterfeit bill.

Bystander video recorded on a cellphone and viewed millions of times around the world showed Chauvin, who is white, kneeling on Floyd’s neck as Floyd, who is Black, repeatedly stated that he couldn’t breathe.

Floyd’s death sparked months of nationwide protests against police brutality and resulted in a worldwide reckoning with racial injustice.

Chauvin has been charged with second- and third- degree murder as well as second-degree manslaughter. He has pleaded not guilty to all charges.

Due to COVID-19 concerns, Hennepin County District Judge Peter Cahill has limited courtroom attendance, but has made the extraordinary decision to allow the trial to be broadcast live.

Chauvin, 45, could be seen listening and taking notes on a legal pad during the opening remarks and witness testimonies.

Following opening arguments, the prosecution called its first witness to the stand: Jena Scurry, a 911 dispatcher for the city of Minneapolis. She had been monitoring Floyd’s arrest via a police surveillance camera and alerted a police sergeant to voice her concerns about what she was seeing.

“My instincts were telling me that something was wrong,” Scurry testified. “It was a gut instinct in the incident, something is not going right.”

The trial is being held in the 18th-floor courtroom of the Hennepin County Government Center in downtown Minneapolis. Metal fencing has been erected around the building in anticipation of protests during and after the high-profile trial. National Guard troops could be seen Monday guarding the perimeter. 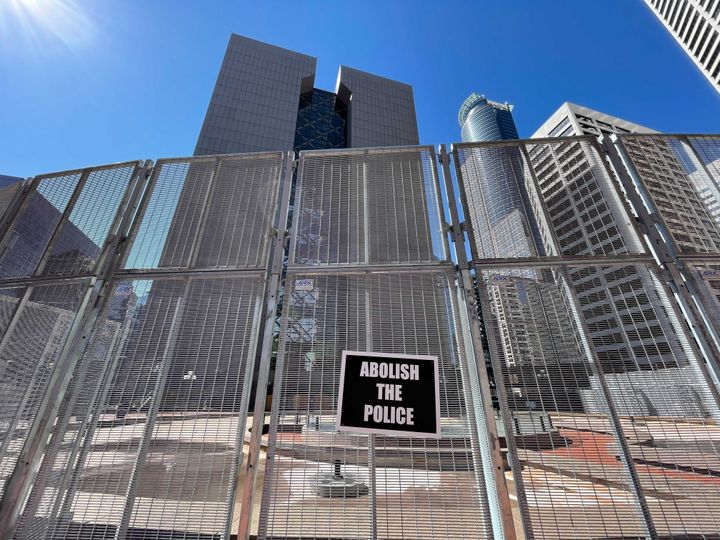 As the trial unfolded Monday, roughly a dozen protesters, some holding Black Lives Matter flags, attempted to block traffic outside the building.

Carolyn Ruff, co-founder of Black Lives Matter Women of Faith in Chicago, joined the protesters in the street.

“If he’s not convicted, I feel sorry for America,” Ruff told HuffPost. “We want a conviction. He killed a human being. It’s only right that he be convicted. He’s not above the law.”

“This is the way America treats Black people,” she said of instances of police brutality. “And you know, it’s really sad because … we built this country. All we want is respect.”

Members of Floyd’s family and their attorneys gathered outside the government center earlier Monday ahead of the opening arguments to speak to a small crowd of reporters and supporters.

“Today starts a landmark trial that will be a referendum on how far America has come in its quest for equality and justice for all,” said Ben Crump, an attorney for Floyd’s family. “This trial will prove if we live up to the belief that all men are created equal.”

This is a developing story. Please check back for updates.