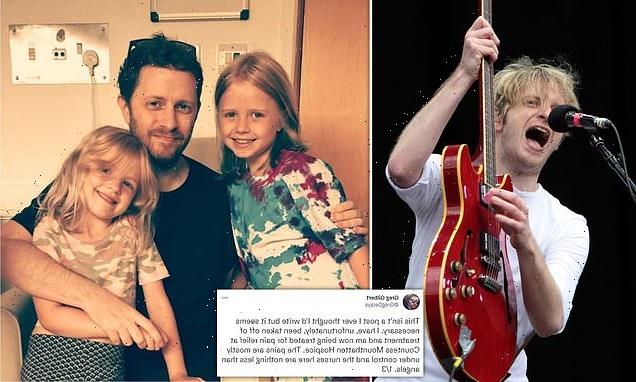 The lead singer of British indie band Delays has revealed he’s stopped treatment for the stage 4 bowel cancer he was diagnosed with five years ago.

In an emotional post across his social media accounts, father-of-two Greg Gilbert, 44, told his followers this week ‘this isn’t a post I ever thought I’d have to write, explaining that he was now solely on pain relief.

Gilbert also praised hospital staff who are treating him at a Southampton hospice, calling them ‘angels’.

He told fans: ‘This isn’t a post I ever thought I’d have to write but it suddenly seems necessary. I have, unfortunately, been taken off of treatment and am now being treated solely for pain relief. 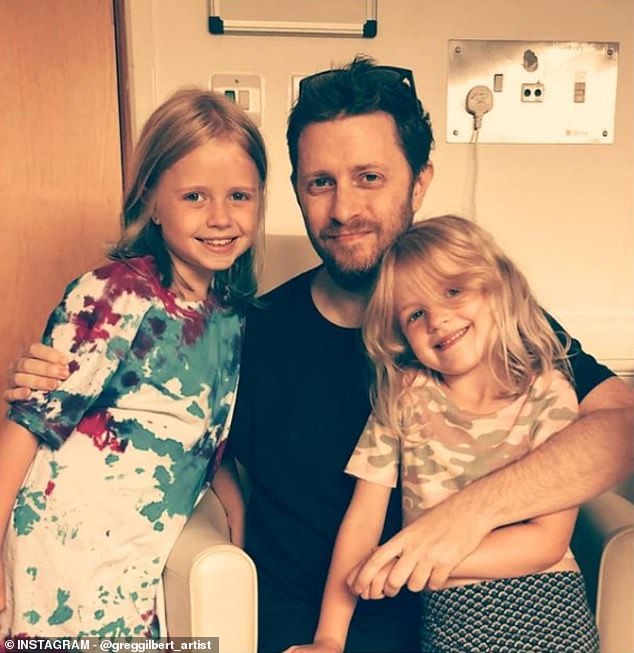 Singer and artist Greg Gilbert, 44, was first diagnosed with stage 4 bowel cancer in 2016. The Delays frontman, father to Dali and Bay (pictured above with Gilbert), told fans this week: ‘I don’t know how long I have and what the days will look like’ after revealing he’d stopped treatment 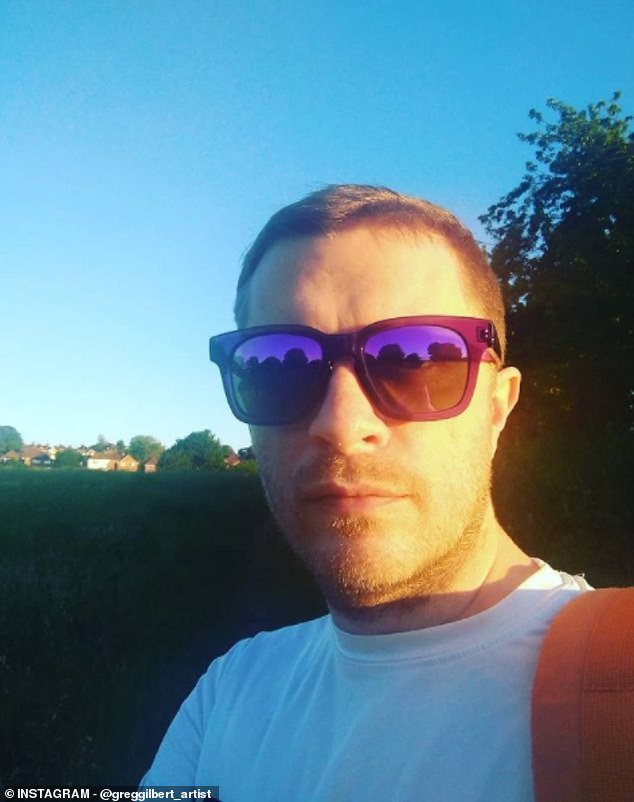 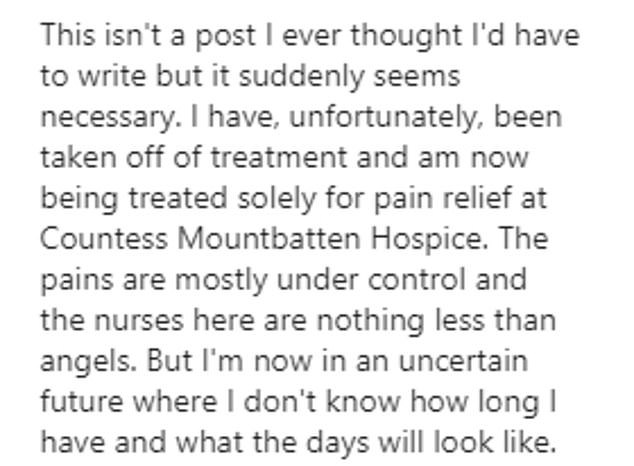 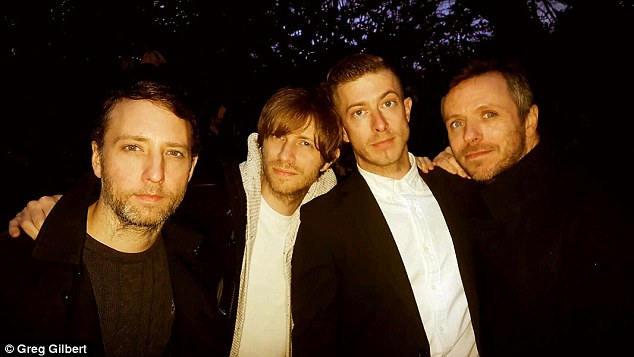 Delays (pictured) were formed in Southampton in 2001 and two of their four studio albums reached the top 30 in the UK Albums Chart. Gilbert is pictured second from left

‘The pains are mostly under control and the nurses here are nothing less than angels.’

The singer, who’s also a talented artist and regularly shares his work on his Instagram account, said he faced an ‘uncertain future’ where ‘I don’t know how long I have and what the days will look like.’

The singer and guitarist was first diagnosed with the disease on his youngest daughter Bay’s first birthday in 2016 and was told by doctors that the cancer had already spread to his lungs.

Despite multiple treatments in recent years, he revealed to fans of the band, who supported the Manic Street Preachers and Franz Ferdinand on tours in the 90s, that there are no longer treatment options beyond pain management. 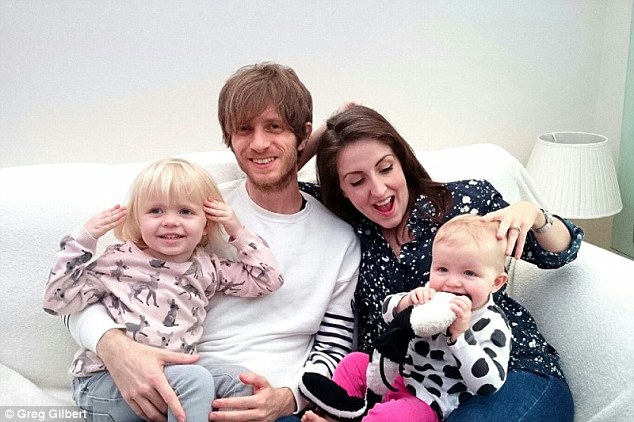 The father-of-two’s wife Stacey launched a crowdfunding campaign following his diagnosis to raise £100,000 for him to travel overseas to undergo treatment not available at the time on the NHS

Gilbert’s diagnosis came after he had been treated for irritable bowel syndrome (IBS) prior to being blighted with severe pains in his abdomen, leading doctors to discover a ‘cancerous blockage in his bowel’.

His wife Stacey set up a Go Fund Me campaign page at the time, writing: ‘We were told this heart breaking news on our daughter Bay’s 1st birthday. I cannot put into words the terror and shock of this moment. 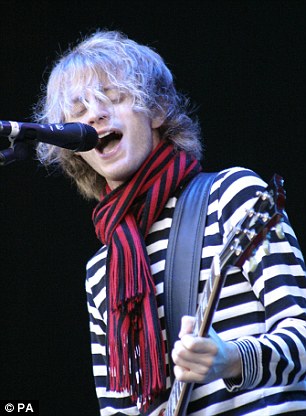 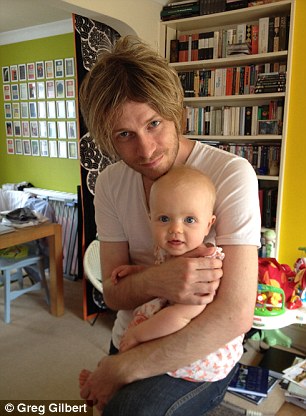 Gilbert received the diagnosis on his youngest daughter Bay’s first birthday, and also learned that the cancer had spread to his lungs

‘Greg is an otherwise fit and healthy 39-year old man who has never smoked, taken drugs and has rarely even drunk alcohol.

‘To hear Greg ask the consultant how long he had left to live is the darkest moment of my life and something that will haunt me forever.’

In 2019, Poet Laureate Carol Ann Duffy selected poems Gilbert had written about living with cancer for the Laureate’s Choice series.

The Delays were formed in Southampton in 2001 and its current members are brothers Greg and Aaron Gilbert, and Colin Fox and Rowley.

They have seen two of their four studio albums reach the top 30 in the UK Albums Chart, with their debut record Faded Seaside Glamour hit number 17 in 2004.

THE SYMPTOMS OF BOWEL CANCER, WHICH DEVELOPS FROM POLYPS IN THE COLON AND RECTUM

Bowel, or colorectal, cancer affects the large bowel, which is made up of the colon and rectum.

Most cases have no clear cause, however, people are more at risk if they:

More than nine out of 10 people with stage one bowel cancer survive five years or more after their diagnosis.

This drops significantly if it is diagnosed in later stages.

According to Bowel Cancer UK figures, more than 41,200 people are diagnosed with bowel cancer every year in the UK.

It affects around 40 per 100,000 adults per year in the US, according to the National Cancer Institute.