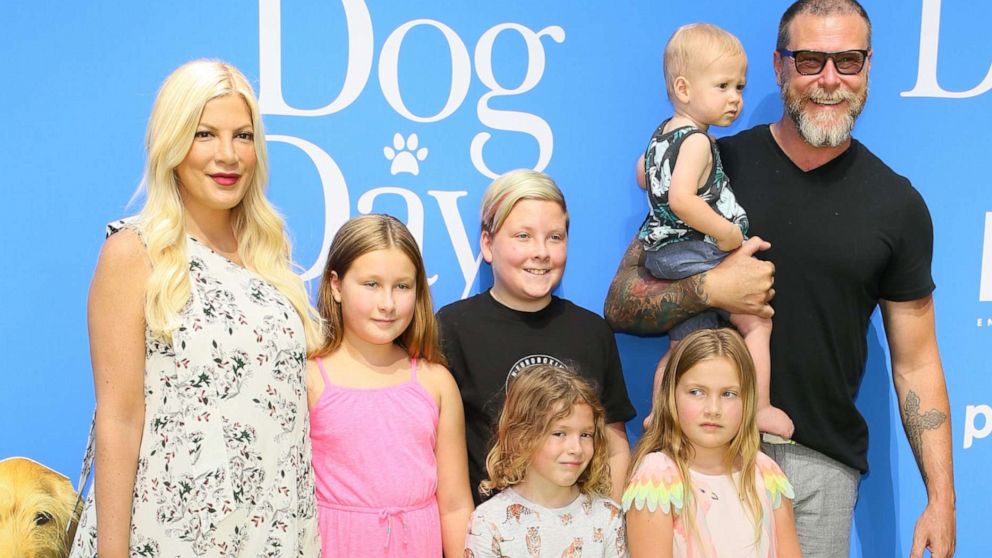 Dean McDermott recently discussed the impact hateful comments on social media regarding his kids’ physical appearances have had on them.

On Tuesday’s episode of his “Daddy Issues Show” podcast, the actor, who shares five children with his wife, actress Tori Spelling, said he “hates” social media.

“The kids got bullied for their clothes they were wearing in the first day of school,” he explained further. “Tori posted a picture of the kids first day of school and they’re like, ‘Oh my god, look at their hair,’ and, ‘Oh, are those clothes from Target?'”

McDermott explained that his son, Liam, 12, has seen some of the negative comments about him on his parents’ posts on social media.

“Liam picked it up, and that’s when I really went ballistic, because it’s like, you know, it’s gonna happen,” McDermott said of online vitriol to those in the public eye.

“He said, ‘Dad, am I obese?’ I said, ‘Look buddy — there’s some sick people in the world … and they need to do stuff like this. They need to say bad things about people,'” the actor continued.

He then explained how his son should view those who choose to comment hateful responses on their photos.

“‘Think about it, son. You have a busy life,'” he said he told his son. “‘You have school, you got sports; do you think you have time to go on Instagram, scroll through the people that you’re following, and make a negative comment about somebody?’ I said, ‘No, you don’t. You don’t, and if you did, you’d fill your time with something else. So think about how sick these people are that they have to do that.'”

He also noted that although people comment to support him whenever he speaks out, the haters “never apologize.”

McDermott has hit back against trolls online many times — to defend both his children and his wife.

In June, he blasted those who criticized Spelling after she shared a photo wearing a bikini alongside her “90210” co-stars and friends Jennie Garth and Gabrielle Carteris.

After two commenters wrote that they were “cringing” and accused Spelling and her friends pictured in the photo of “trying too hard to be relevant,” McDermott hit back.

“I love how you haters have private accts!! Let’s see what you trolls look like ya cowards!!!” he wrote.