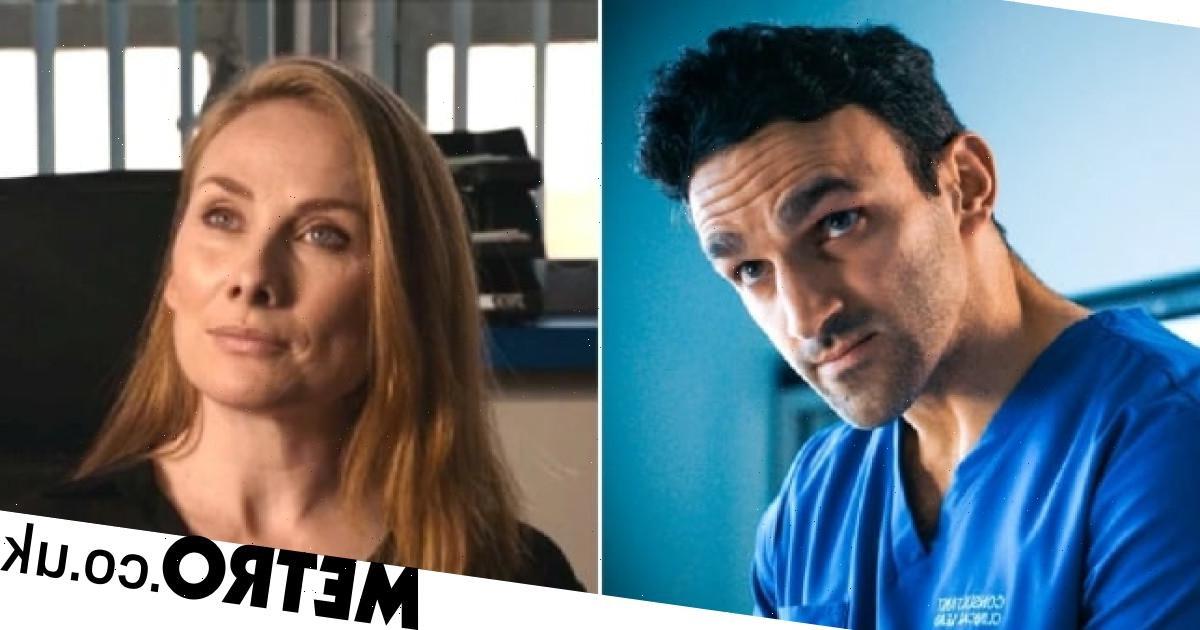 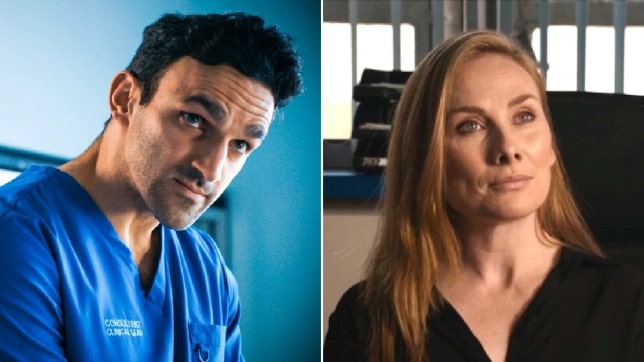 Well, Jac Naylor (Rosie Marcel) is back in Holby City!

Tonight, as Eli Ebrahimi (Davood Ghadami) made his arrival to the hospital, he was joined by a new nurse called Madge (Clare Burt) and after plenty of speculation, Eli’s first scenes also involved him clashing with the new Director of Improvement – Jac Naylor.

Much to everyone’s surprise, Jac returned to Holby City Hospital just five months after her departure.

With her swish new uniform, suffice to say Jac is prioritising saving the hospital and new work-relationship with Eli to avoid thinking about Kian’s (Ramin Karimloo) death.

Change is happening throughout the Holby City wards. With Eli working on a new stent project, he’s communicating with Jac but as they are so alike, it’s caused the two of them to clash already.

Catching up with Davood Ghadami, Metro.co.uk asked him what’s ahead as Eli and Jac try and work together:

‘Eli knows the value of his work and in terms of Jac, she’s always had control of those lower in the pecking order, but there’s a sense of needing Eli there right now. I think when they come to blows, they’re really interesting scenes, no one will back down, and I know there’s so many people who are huge fans of Rosie/Jac, just to come back and see her shaken up will be interesting.

Ultimately, she won’t change, which is what I love about her character. Eli challenges Jac, they definitely rub each other up the wrong way, but also, they have joint aims!’

‘There aren’t many people at his level but Jac Naylor is probably one of them’, Davood continued.

‘For them to work together is very exciting for both of them. There is a lot at stake for some of the characters with what he is trying to achieve at this point with the medical trial. There is a lot of pressure on him actually and there is a reason why Jac has brought him in. Obviously, we know that Jac has a history of that but he is not that kind of person. I don’t think she’s ever going to be able to tell him what to do – he knows what he is doing.

We’ve shot a lot of really interesting stuff and it’s going to be very interesting to see where it goes in the future. They are two highly work focused, passionate people and there’s often not a lot of room for both when you put people like that together. Something will have to give and that makes for interesting writing. It’s been really good to play’.

Fully focused on his work, Eli struggles to connect with other people as Davood tells us, and his lack of social skills could lead to some very interesting scenes:

‘He has an awkwardness that a lot of people would not be able to put up with but the person he has decided to spend the rest of his life with can and knows how to deal with him. We will see that they have struggles in the future. The struggles they are going through are medical and it’s been really interesting to play. It makes for some really interesting, awkward conversations and situations for him which can borderline on funny but it’s deadly serious.

Eli is married to a lovely woman, and they complement each other so well. Getting to see that human side of him has been great. I don’t know what’s going beyond this, but I really want them to succeed and get what they want as a couple. I am genuinely excited to see what happens and it’s at that point that things get very interesting. He’s very good at what he does at work, but what’s going on in his personal life is a challenge’.

It would appear Eli’s tunnel vision when it comes to his work will lead to a huge Autumn storyline in the hospital. Luckily for us, Davood has already hinted that Eli’s social awkwardness and laser-focused abilities could lead to danger:

His character is very strong minded, it’s interesting and ultimately, he will probably make the wrong decision’.